Hello lovely Friday ladies,
I can't believe it's Friday already, and the week has just flown by.
I'm going to Join Annie at A Stitch In Time with some funnies at the end and I will also link up with Virginia at Rocking Your Week Friday.

First off are some postcards I received this week.
This card comes from The Netherlands and the cute blond boy is in fact the king of the Netherlands, king Willem Alexander, when he was a boy 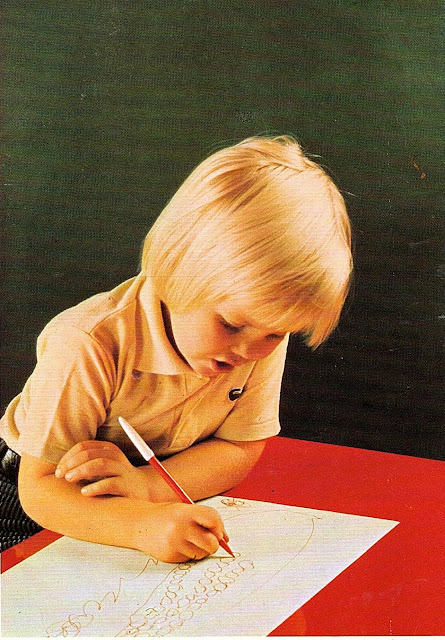 There were some interesting stamps. The stamp on the left has the king's face on it and the stamp on the right celebrates 100 year since the foundation of De Ploeg (The Plough).

The Groningen artists’ collective De Ploeg was founded on 5 June 1918 in response to an exhibition of local work at the Pictura art lovers’ society that excluded a large number of young artists. Painters including Jan Wiegers, Jan Altink and Johan Dijkstra decided it was high time to abandon 19th-century ideals. Reacting against the work of artists like Jozef Israëls, Otto Eerelman and H.W. Mesdag, they let go of old traditions to seek new paths in painting. Vincent van Gogh, a forerunner of expressionism, served as a major source of inspiration; the artists of De Ploeg held his penetrating work in high esteem.

"Since there wasn’t that much to do in Groningen when it came to art, I thought of breaking ground, digging up the earth, and I thought of ploughing. That’s where the name De Ploeg [‘The Plough’] came from." – Jan Altink, 1918 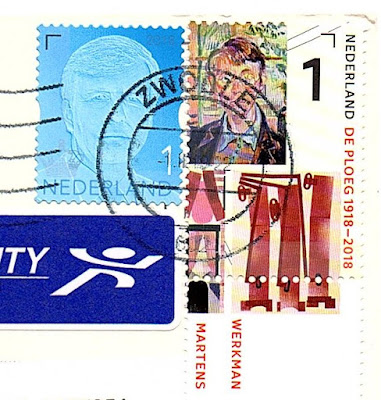 The second card comes from Germany, namely from Stuttgard. It is a map card, and I love map cards, so I am very pleased with this card. 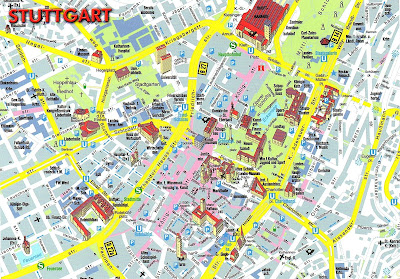 The card had this picture printed on the back (as a thumbnail) . 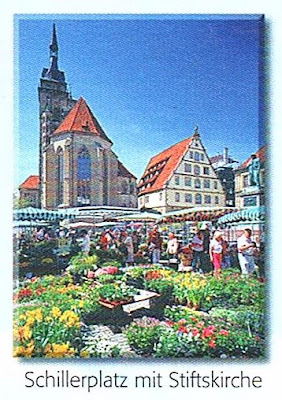 This stamp has the cute-factor.  It features baby raccoons. 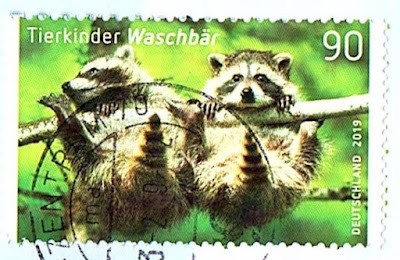 So, what has my week been like? Saturday, I had a baking session and had my first attempt at cinnamon rolls. I must have used old yeast as they didn't rise, but we ate them anyway and they were still good (but not as they were supposed to be). On Sunday, after church, we were invited to dinner at friends from church and we had a lovely time. There were about 10 of us round the table. These sort of gatherings do wonders for my Spanish, as one of the ladies is a teacher and speaks English. She actively corrects me and that is very helpful.
After the meal we left for Almeria (we had the suitcases in the car). Almeria is about an hour and a half drive from where we live. It is on the coast and therefore a bit warmer than here. Our hotel was in the centre and it had parking, so we could do everything on foot. The car parking is underground and the hotel has a car lift. Very strange: 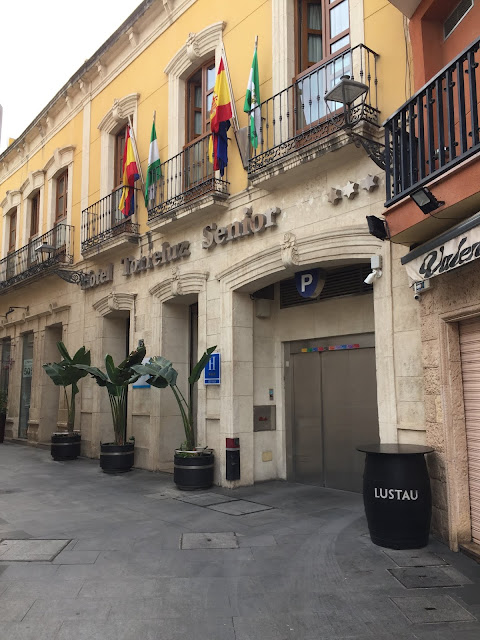 As most older buildings in Andalucia, this hotel was built around an inner courtyard, the patio. All the rooms are either on the street side or overlooking the patio. Here am I looking into the patio. 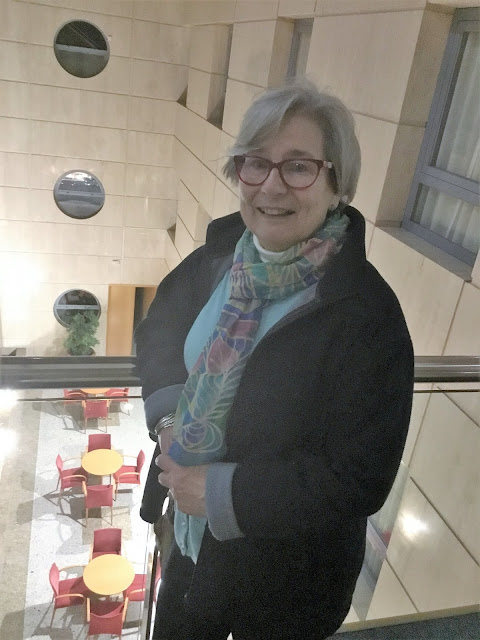 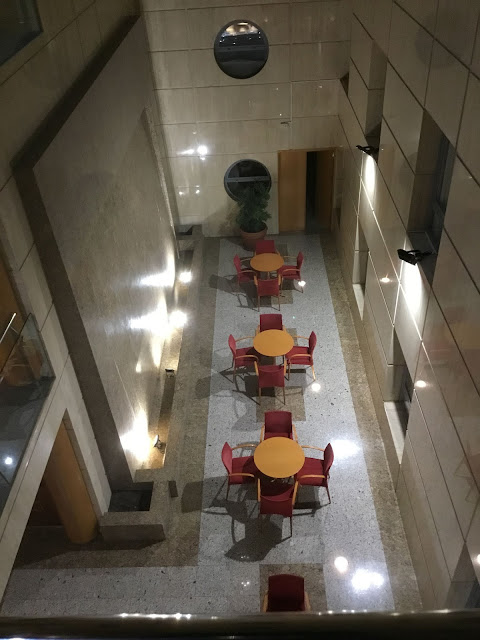 We went out on Monday morning, full of enthusiasm only to find that all public buildings (such as museums) are closed on Mondays. Bummer! So we walked along the boulevard: 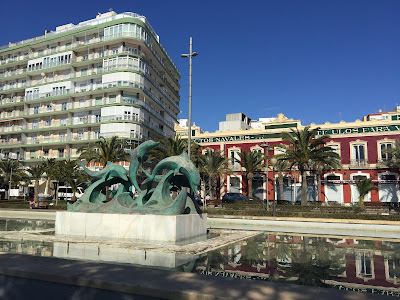 And could only look at the Alcazaba (Moorish palace/castle). There was a footpath that went quite high around it, though we couldn't go in. It is an impressive building. 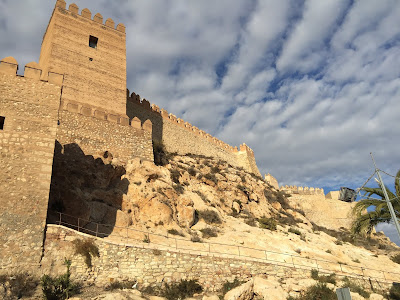 And the views are fantastic. 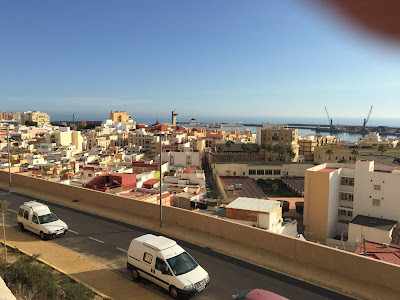 There was a ferry in the harbour, that we watched leaving. They are the ferries that go to Marocco and there is also one that goes to Algeria. 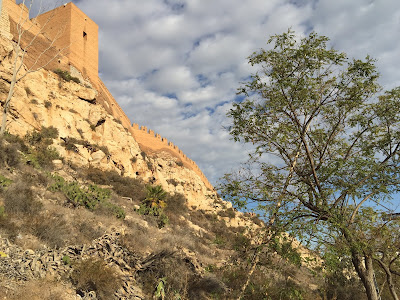 Some more views of the Alcazaba. We actually visited it the next day, but the photos of that will be for another blog. (Possibly on Tuesday) 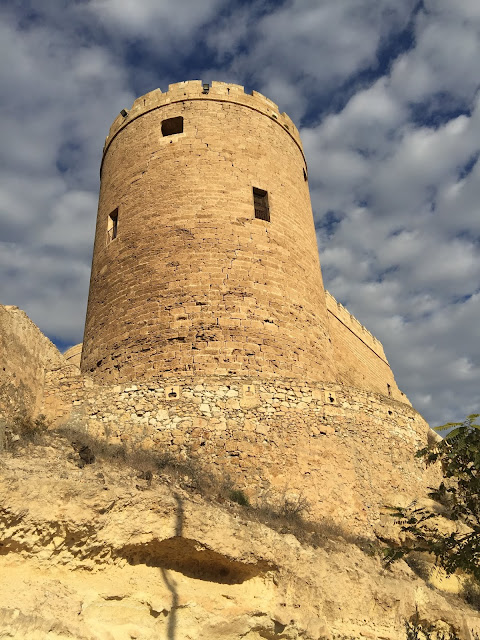 We came back on Wednesday, Thursday I did some scrapbooking. I'm still working through my pile of photos from 2016.
Here is hubby eating a pastie in Bath. 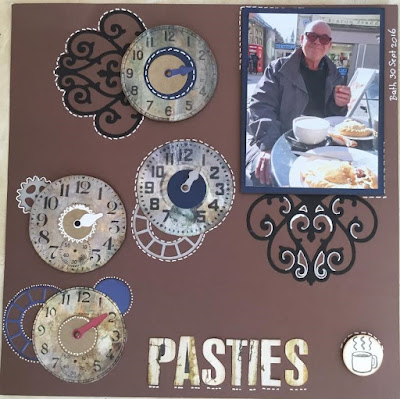 My best friend Ineke, who came to visit me that year. 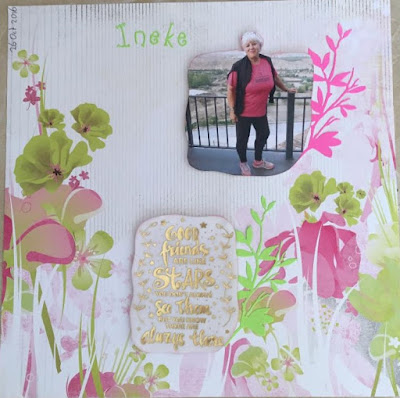 Just a photo of me. I have used another of my collage clusters that i made last week. 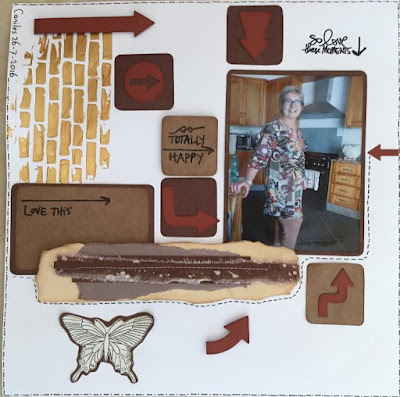 I think I'll leave it at that. This is becoming rather a long post. Well done if you are still with me!

Here are some funnies: 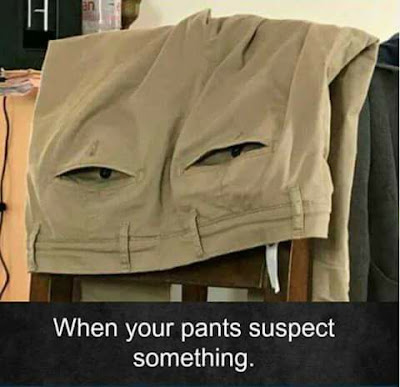 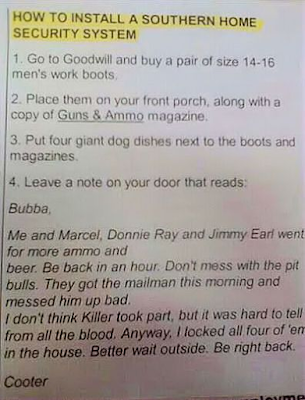 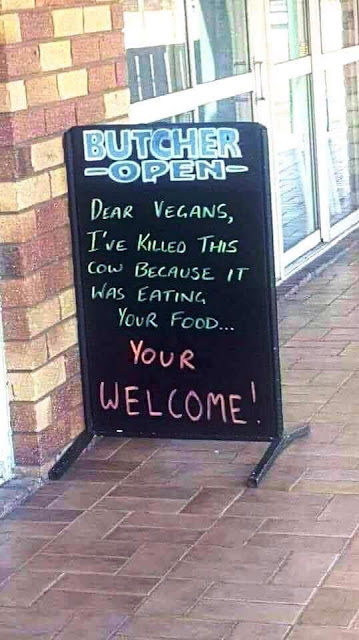 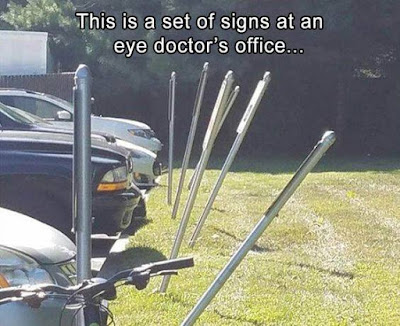 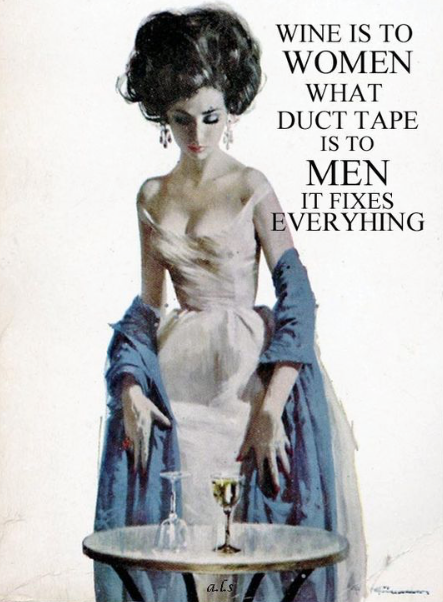 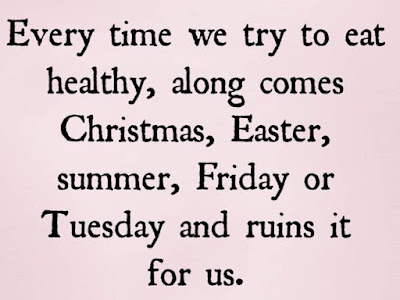