Here is a post from December 2014. We were invited to one family when they killed the family pig. Quite an experience...


Matanza (=killing): not for the squeamish

Not for the squeamish!
December is a busy month in Andalucia. Yes, I know it’s Christmas.... but here people are busy with other things: there is the start of the olive harvest and of course the fattened pig has to be slaughtered. It's called 'matanza'. The whole family gets together and helps (more or less). It’s a real family gathering. The children are all there every year and when they are adults they have seen it so many times that they can do it themselves.
I was privileged to be invited to such a family affair, and here are some photos: 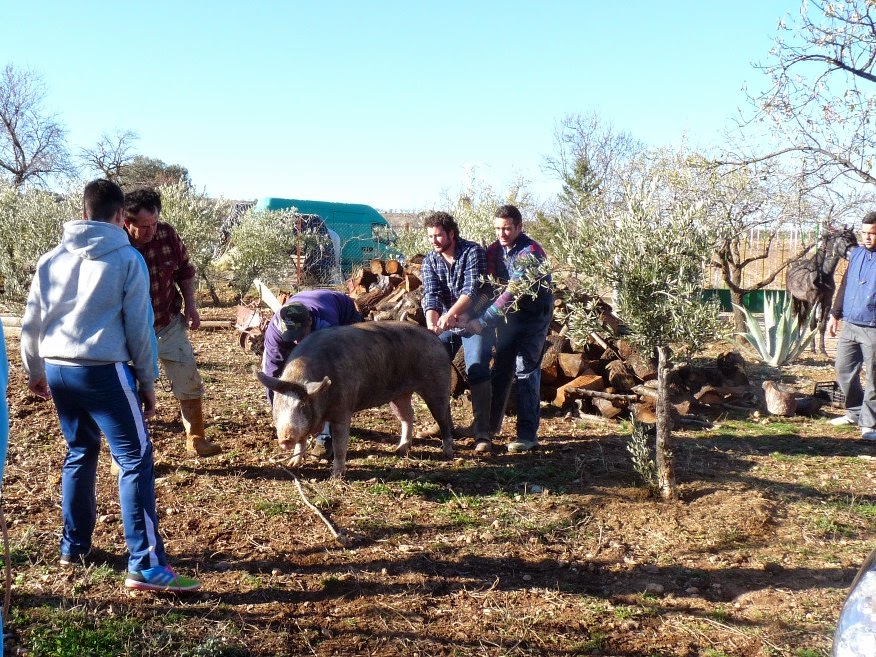 This is one of the unfortunate pigs to be killed. (There were two one-year old pigs).
When the pig had been killed, all it’s hair had to be scraped off. Boiling water gets poured over and then everybody get his turn. Here is my husband reluctantly taking his turn. 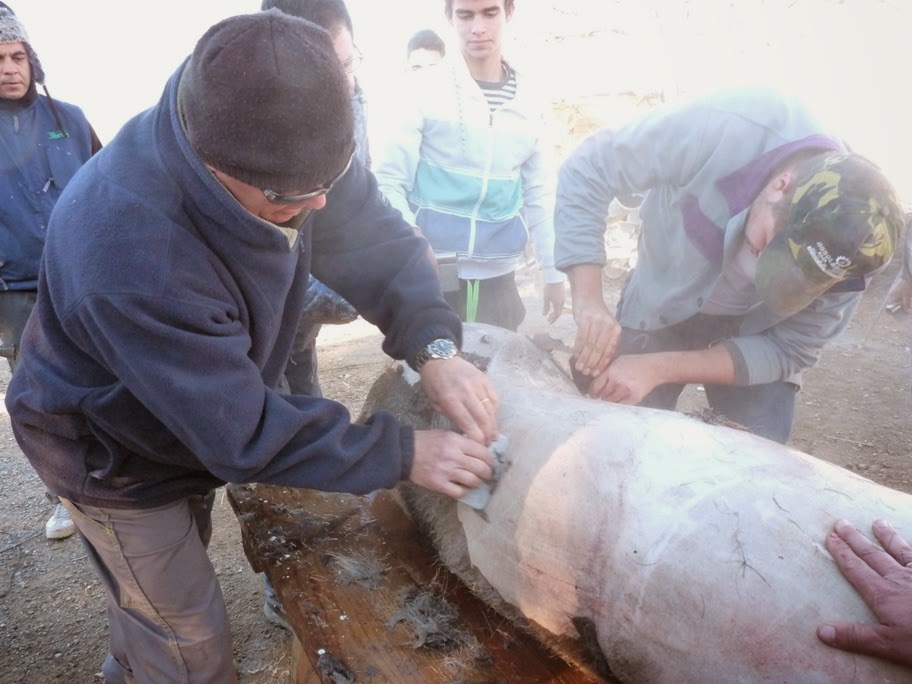 We were at our friend’s parents’ farm. They have a little ‘cortigo’, and this is part of their patio (patio they call it, which is confusing as in UK a patio is outside the house but here a patio is inside the house although it has no roof. More like a court yard) 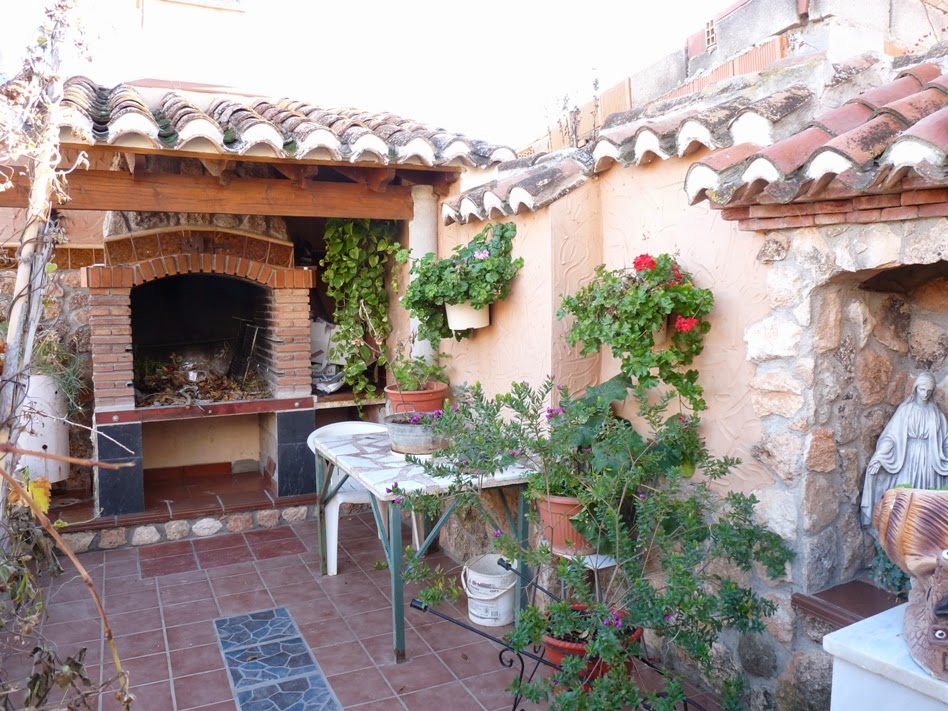 I helped preparing the parsley and the garlic for the sausages by the fire. (I'm the one wearing the orange scarf) 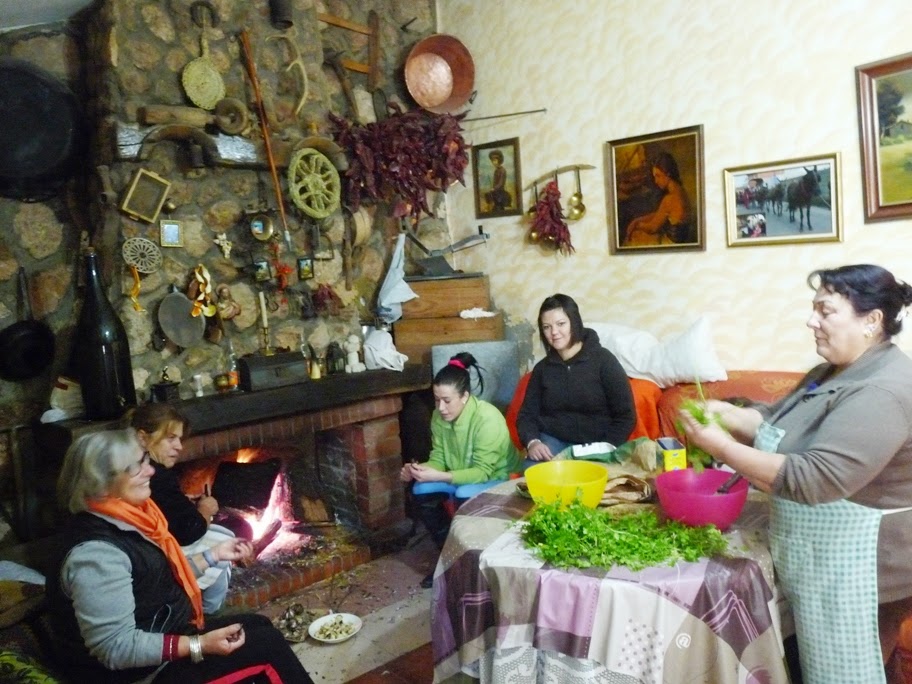 We started quite early in the morning and it was still cold outside. As soon as the sun is high enough it gets lovely and warm and we can all go round in our t-shirts.

The kitchen is brick built. I took a photo of it because I will probably have a similar kitchen in our new house. 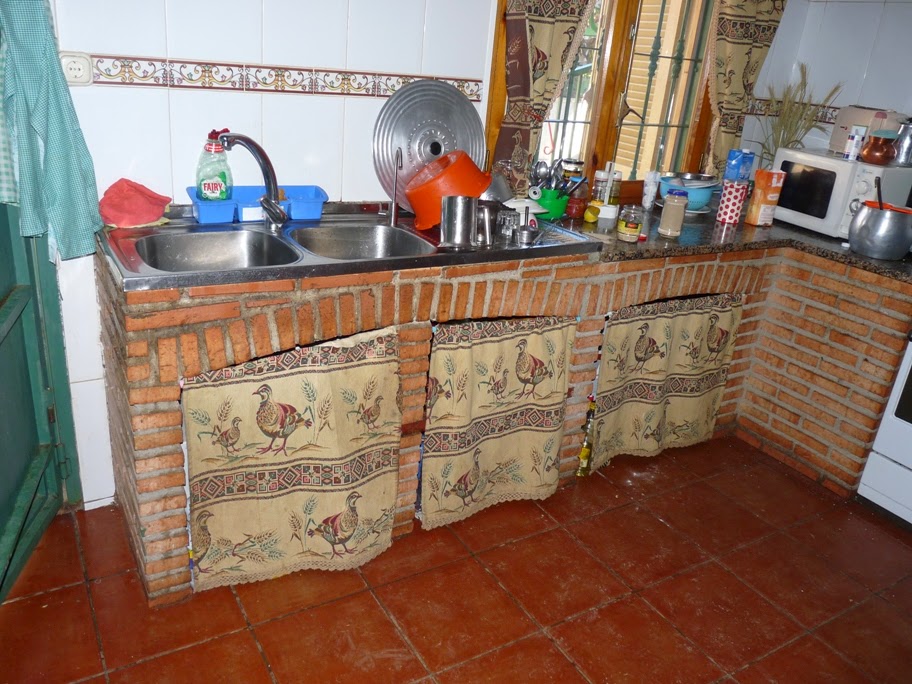 The water jars are now obsolete as there is running water. But not long ago this was where drinking water was stored and most people still have them. 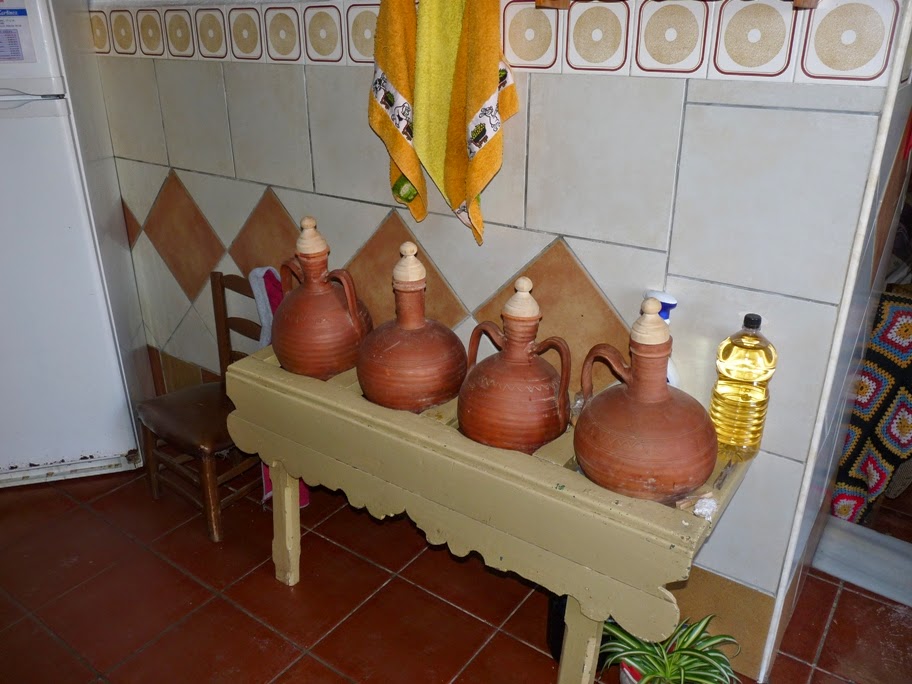 Look at this beautiful piece of furniture. (Not a Christmas decoration in sight! They don't do this here. They have little Nativity scenes somewhere, but no decorations as we know them). 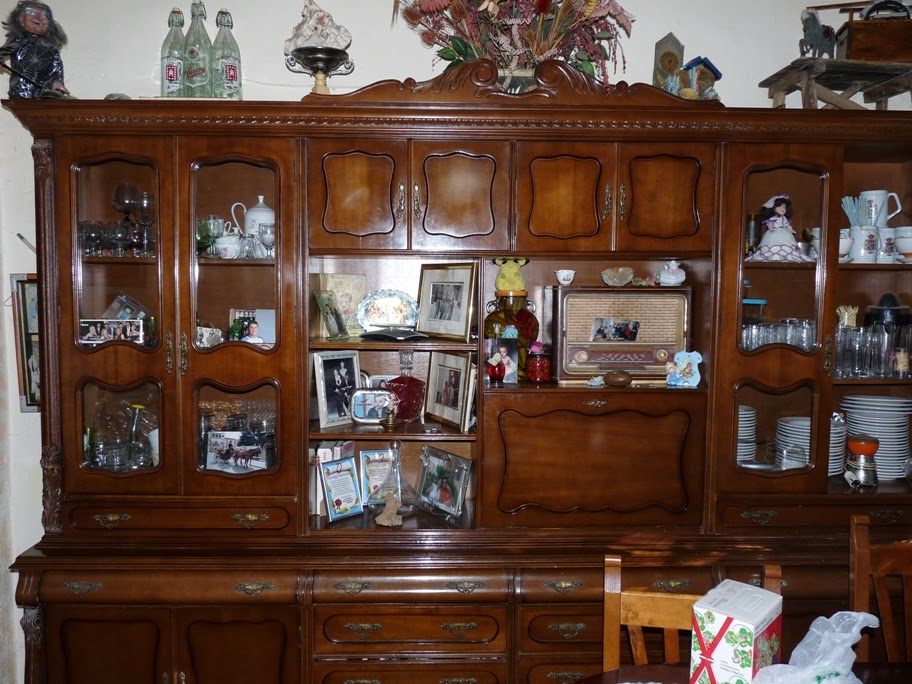 The men drink wine from wine skins. They squirt the wine in their mouth. I’ve tried it once and promptly had wine all over me! An acquired skill I would say.... 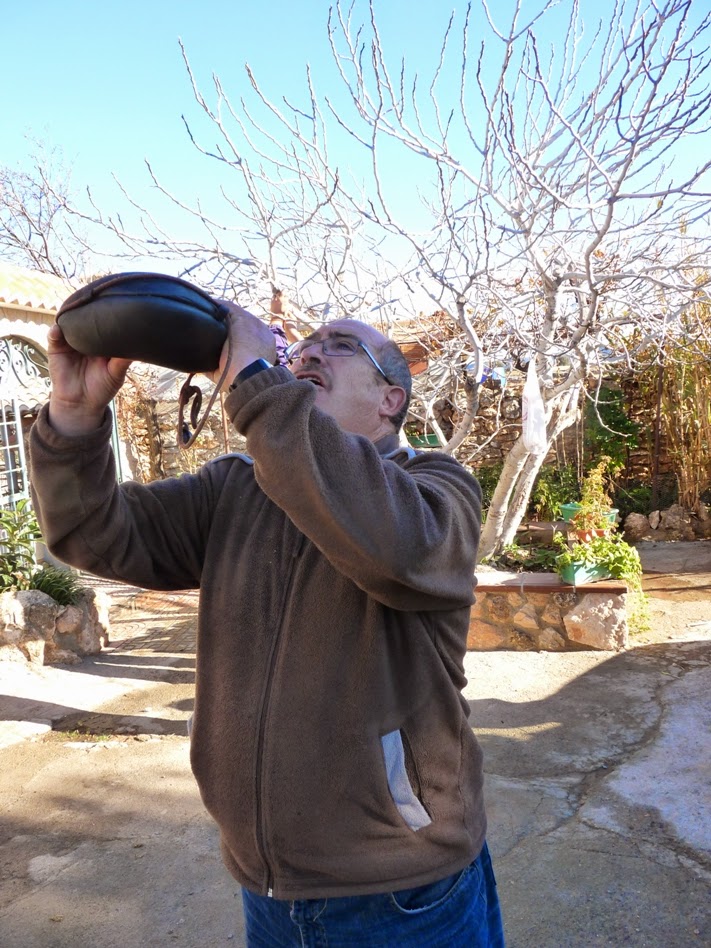 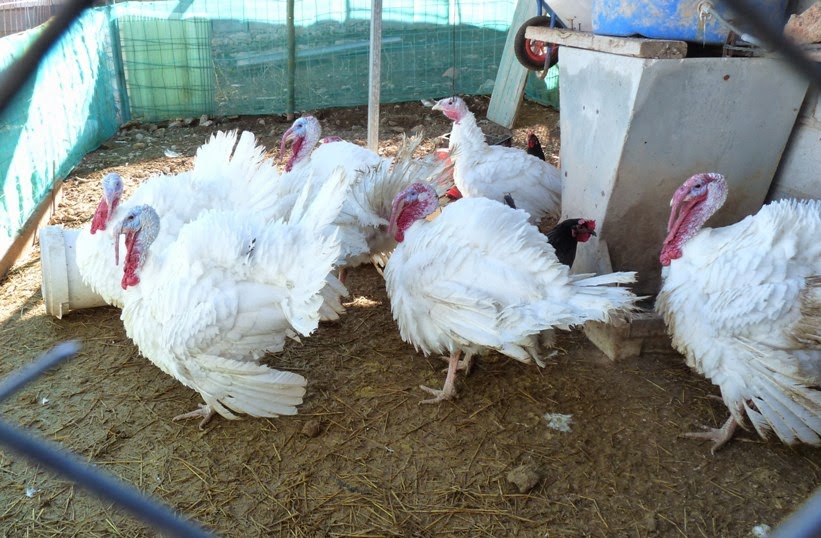 And chickens. And a beautiful cockerel. 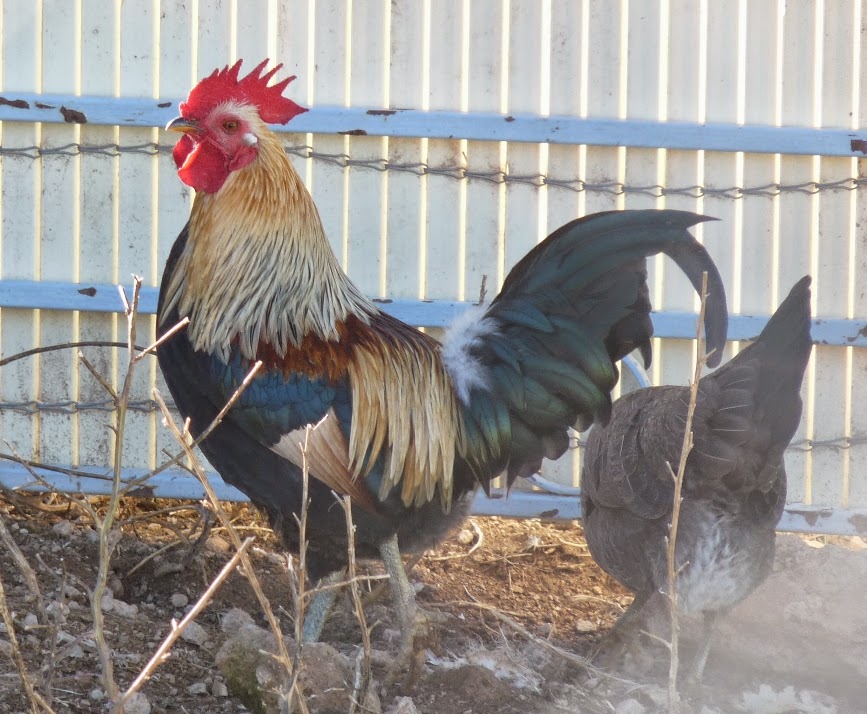 Here is the pig (now pork) hung up and the nice cuts of meat on show. 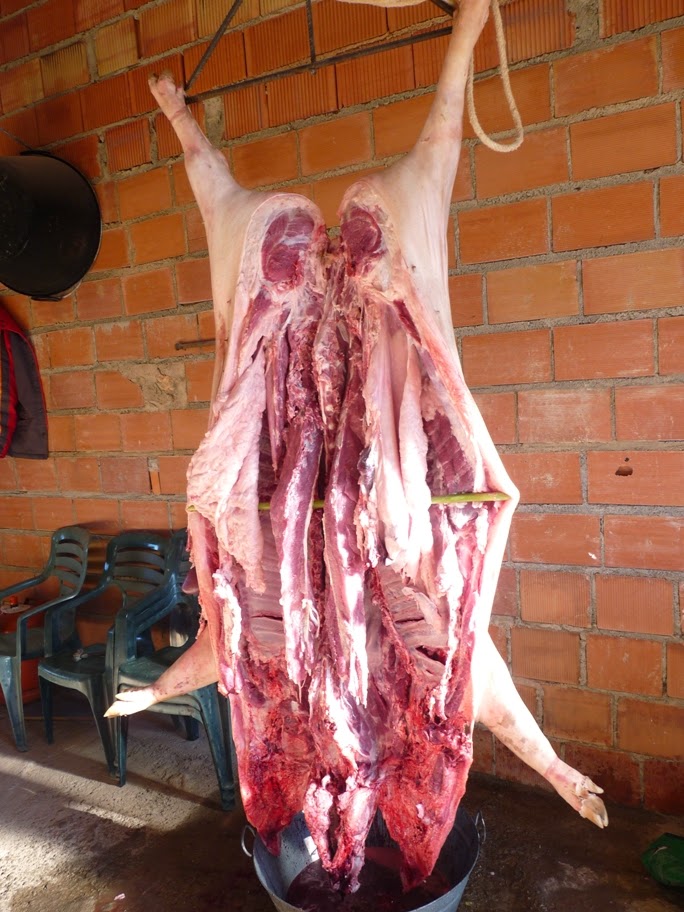 I helped with the preparation of the gut (for the sausages). 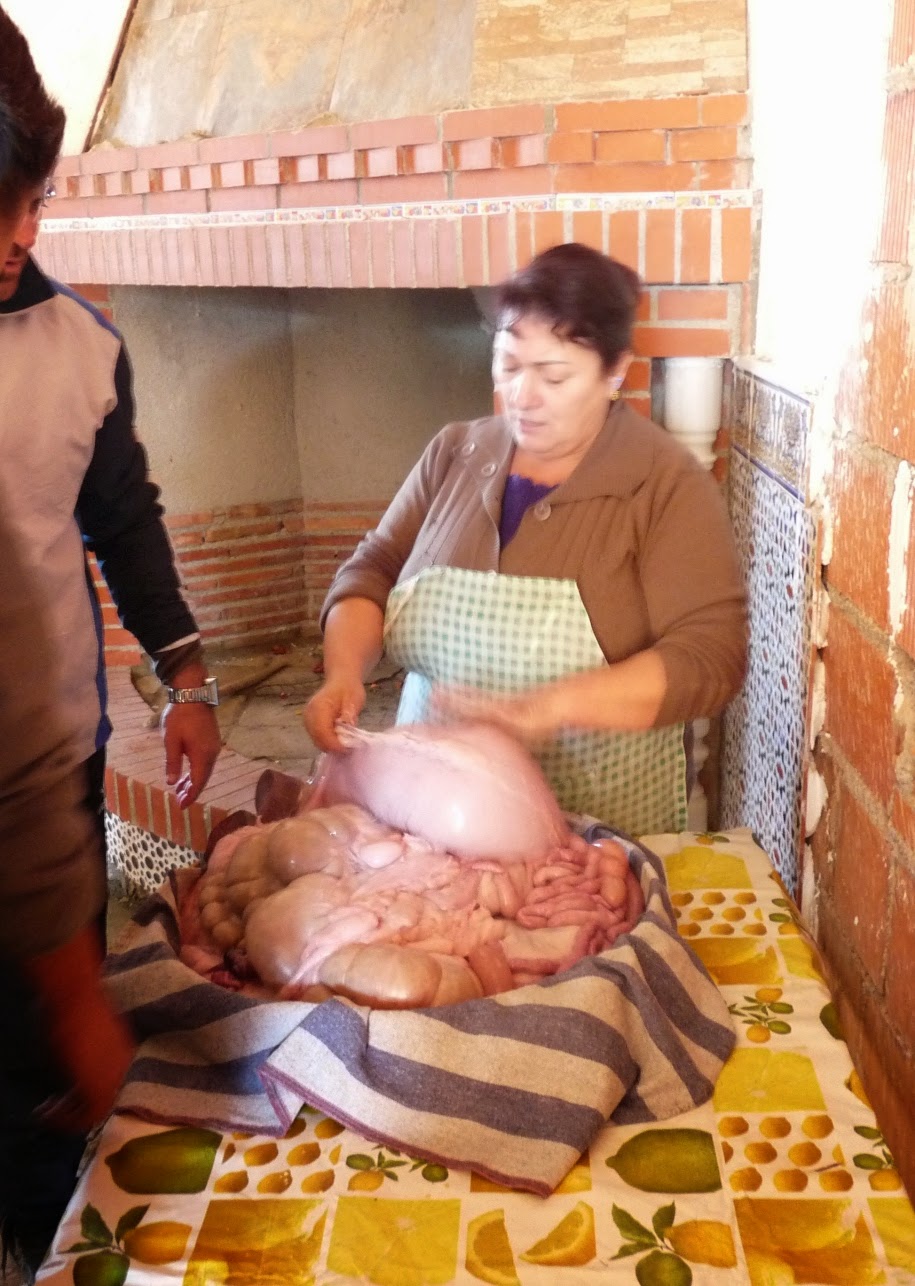 Look at those tiles. They are typical Andalucian tiles. I love them. They have them in the shed!! 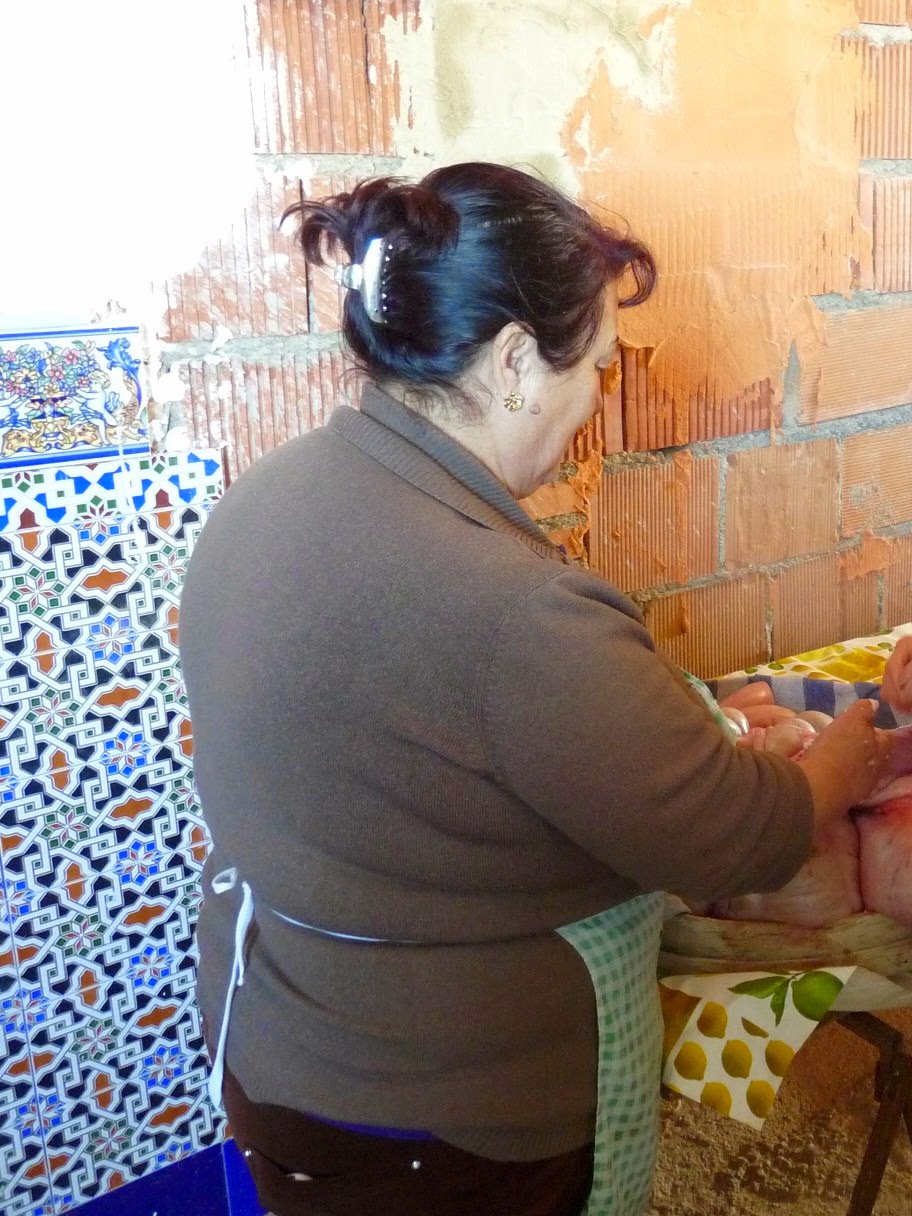 Towards the end people began preparing the communal meal. Here is an uncle preparing ‘migas’. A (poor man’s) dish made with olive oil, garlic and flour poured in, as you see here. It ends up looking like fried breadcrumbs. 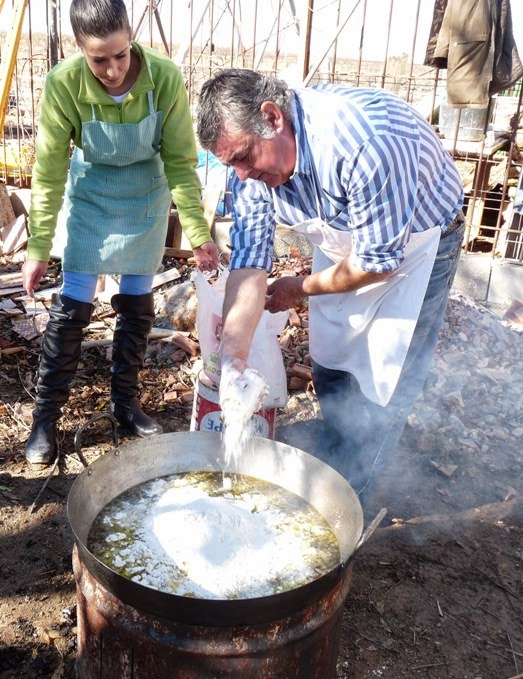 The meal was liver and onions with these ‘migas’ washed down with home made wine.
Oh I love it here. This is the back yard of the cortigo. Isn’t it a beautiful view! 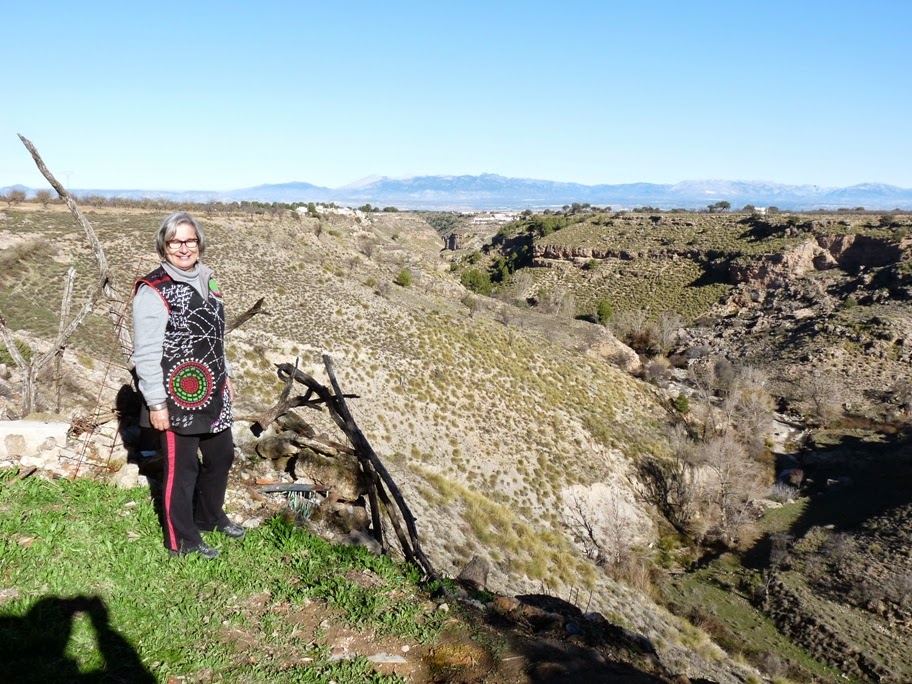