A Postcard A Day- Tuesday 27 Nov 2018 - T for Finnish, pelota and an anniversary

This image is not a postcard but one of those things my girl friends send me on my mobile to say good morning. That is very sweet of course, but I get about 20 a day and I moan because I have to spend a quarter of an hour every day deleting them from my phone. 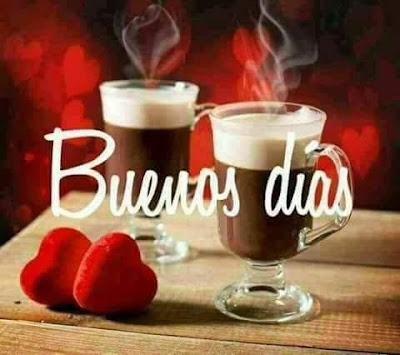 My first postcard is an old advert for plimsols or sandals. I bought it in Basque country when we traveled through there, and now it is on its way to another Postcrossing member.
The sport you see in the picture is called 'pelota', it is the national sport of the Basque country. 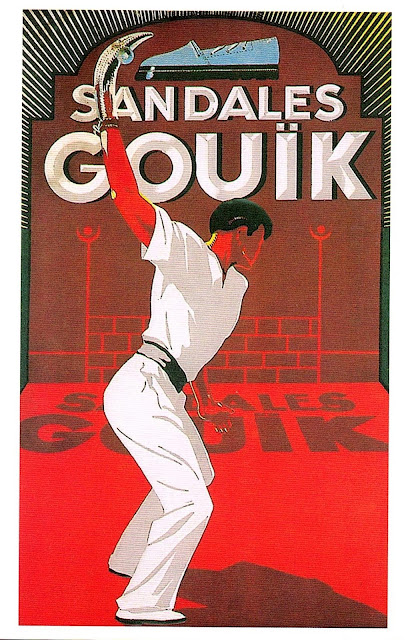 It is played against a wall (I imagine a bit like squash). 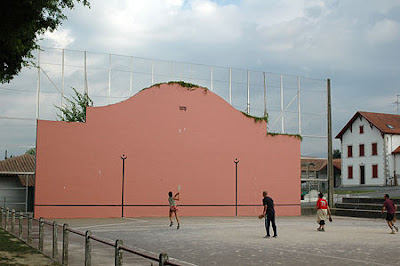 There are more than ten different disciplines with different rules and ways of playing (one wall or two, having a net or not etc). It can be played with a bat or a glove or characteristically with a basket: 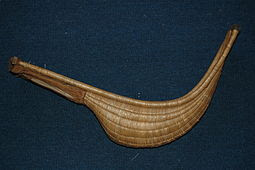 This one is called a long xistera.

Here is a link to a three and a half minute video about pelota.

That was the card I sent and this is a card I received not long ago: 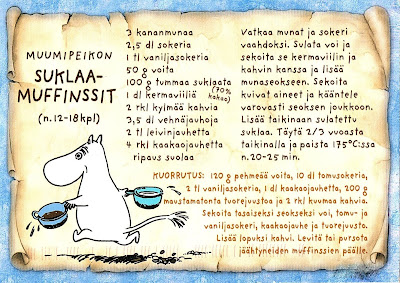 Can you guess what language this is by looking at it? I haven't yet google translated it but I know it is a recipe for chocolate muffins. Perhaps you recognised the Moomin character... Of course it is Finnish. A language not related to any other European language. Total gobbledegook!

Have you not heard of Moomins? They are very recognisable. Wikipedia says this:

The Moomins (Swedish: Mumin) are the central characters in a series of books and a comic strip by Swedish-speaking Finnish illustrator Tove Jansson, originally published in Swedish by Schildts in Finland. They are a family of white, round fairy tale characters with large snouts that make them resemble hippopotamuses. The carefree and adventurous family live in their house in Moominvalley, though in the past, their temporary residences have included a lighthouse and a theatre. They have had many adventures along with their various friends.
In all, nine books were released in the series, together with five picture books and a comic strip being released between 1945 and 1993.
The Moomins have since been the basis for numerous television series, films and even a theme park called Moomin World in Naantali, Finland.
And this is the stamp on the card: 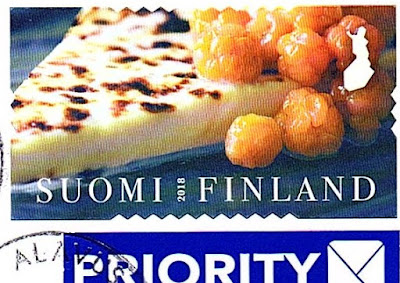 It looks very yummy but I have no idea what it is....

I have to let you down on the next picture too. It is a pretty tapa, but I don't know what it is. 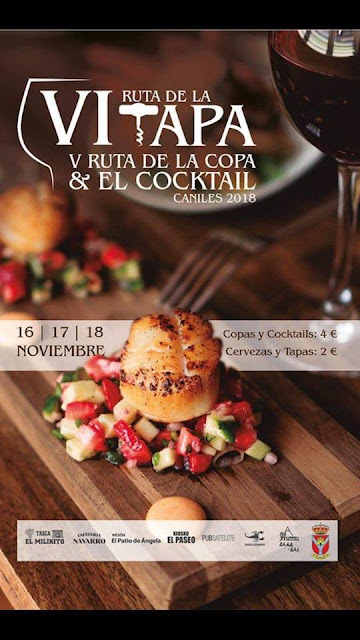 It is the poster for the 6th annual tapas festival in our village of Caniles. Some of the participating bars specialised in coctails, others in tapas. Here in the province of Granada we always get free tapas with every alcoholic drink (a tapa is a little snack). But once a year they have a special event where the tapas are a bit more special and the public can vote for the best tapa. It brings customers to the bars in a month when there is not much going on and it stimulates the chefs to create new things.

Last week was also our wedding anniversary. We celebrate it twice as we got married for the law in August and the big 'do' was when we got blessed in the church. This didn't happen until November as my parents were on a long holiday in New Zealand, (amongst other things). So the 22nd of November was our 26th wedding anniversary. I cooked pulled pork in the slow cooker in an oriental sauce. We had this with a bit of rice. Very nice it was. 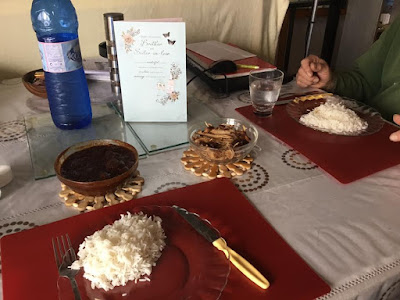 Our drink was what my mother calls 'municipal pils', meaning it is beer provided by the city council i.e WATER.

Don't think that we had a very romantic evening. Hubby fell asleep by the fire cuddling the cat, lol! 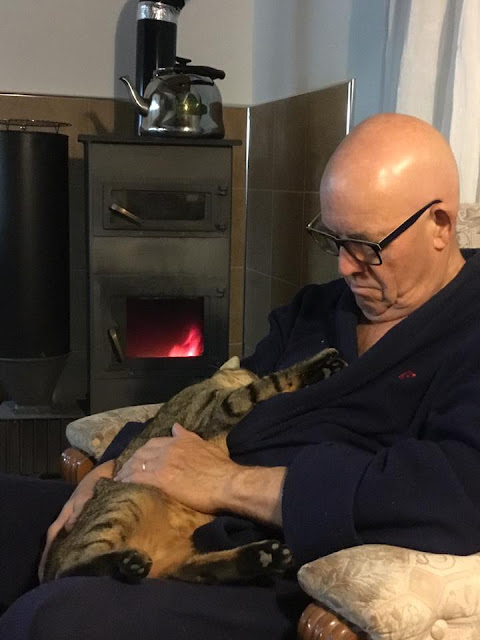 That is it from me today. I hope to see you all at the Bluebeard and Elizabeth's T-Party with you beverage.
I'll leave you with a wise word from Joyce Meijer (my namesake. That is another bucket list item, to go and hear Joyce Meijer speak (live) one day.) 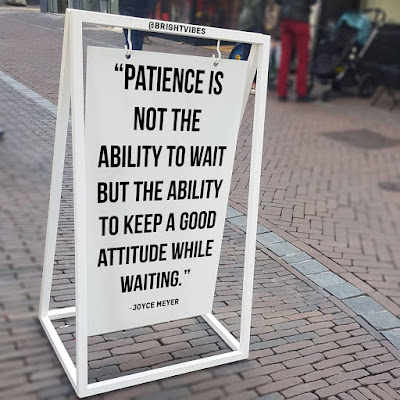 Have a very happy T-Day,
and a good week ahead,
Hugs,
Lisca
Posted by Lisca at 00:20