A Postcard A Day - Tuesday 6 Nov 2018 - T for Camino, pomegranates and a football stadium


Hello Tuesday girls, here we are again. Today I am going to join the T-party with a fruit drink. (but more of that later). In the meantime, if you would like to join me, saunter over to Altered Book Lover  with a beverage, where Elizabeth and Buebeard will welcome you to the T-Party.

But first a postcard that I received from the north of Spain. It features the Camino de Santiago known in English as the Way of Saint James, and it is a network of pilgrims' ways or pilgrimages leading to the shrine of the apostle Saint James the Great in the cathedral of Santiago de Compostela in Galicia in northwestern Spain, where tradition has it that the remains of the saint are buried. Wikipedia writes: Many follow its routes as a form of spiritual path or retreat for their spiritual growth. It is also popular with hiking and cycling enthusiasts and organized tour groups. 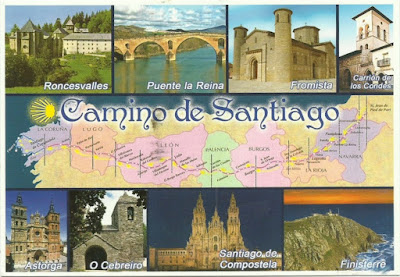 Today, hundreds of thousands (over 300,000 in 2017) of Christian pilgrims and many others set out each year from their homes, or from popular starting points across Europe, to make their way to Santiago de Compostela. Most travel by foot, some by bicycle, and a few travel as some of their medieval counterparts did, on horseback or by donkey. In addition to those undertaking a religious pilgrimage, many are hikers who walk the route for travel or sport. Also, many consider the experience a spiritual retreat from modern life. 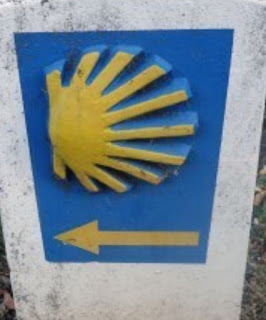 The scallop shell, often found on the shores in Galicia, has long been the symbol of the Camino de Santiago. Over the centuries the scallop shell has taken on a variety of meanings, metaphorical, practical, and mythical meanings, even if its relevance may have actually derived from the desire of pilgrims to take home a souvenir. Of course there are legends relating the scallop:
After James' death, his disciples shipped his body to the Iberian Peninsula to be buried in what is now Santiago. Off the coast of Spain, a heavy storm hit the ship, and the body was lost to the ocean. After some time, however, it washed ashore undamaged, covered in scallops

This is the stamp that was on the card. And no, it is not the cathderal of Santiago de Compostella. The writing says: 12 months, 12 stamps. Cathedral of Léon (Léon). The girl that sent me the card lives in Léon.

Here in Spain it is pomegranate time! They grow here of course. I live in the province of Granada and pomegranate means 'apple of Granada'. I have been taught the trick of cutting them and we had juice every day this week. 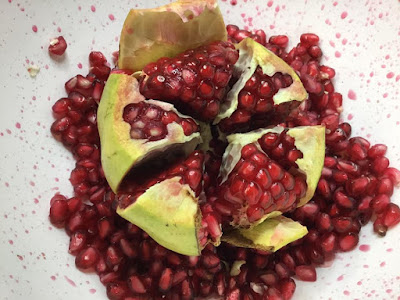 I opened them, then beat them with a large wooden spoon until all the seeds have fallen out: 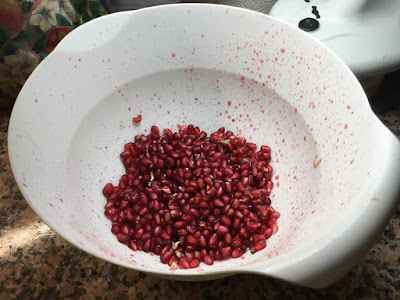 Then I put them in the juicer and with two pomegranates we each had a glass full of lovely juice. 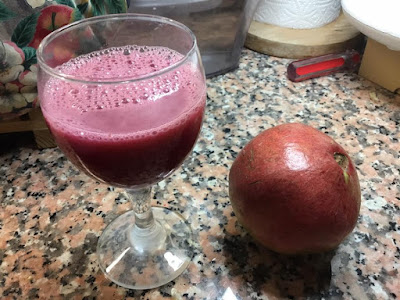 Very healthy too they say.

I still haven't shown you all the photos from the trip. The following photos are from our visit to Bilbao, where we stayed a couple of nights in a delightful hotel (just outside the city but with a metro station nearby): 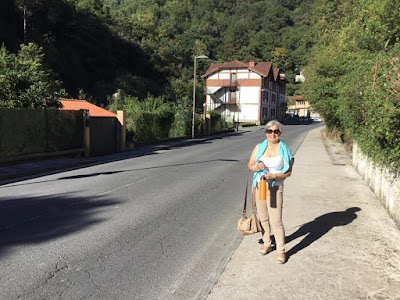 It was in the foothills of the mountains. Beautiful. 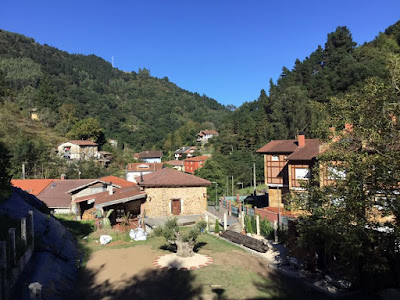 We took the metro from the large Exhibition Centre, a short drive from our hotel. It had a huge car park, which was almost free for metro passengers (0.70 eur). We travelled to Bilbao city and this is the first thing we saw: 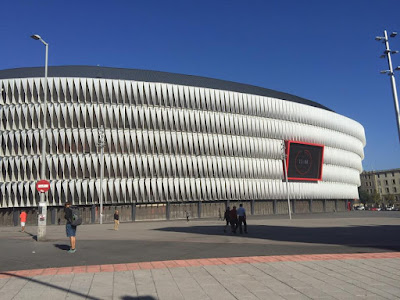 It is the footbal (soccer) stadium in the middle of the city. Very impressive. The man at the hotel reception had told us that there was a cafe/bar inside, so we went in for a coffee. 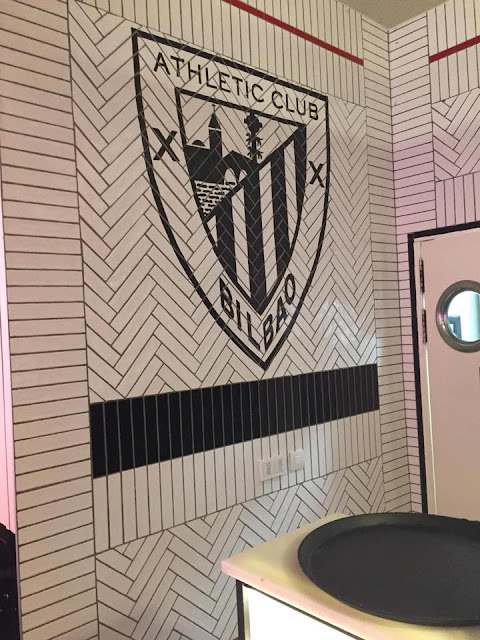 All the players are represented by their shirts behind me. 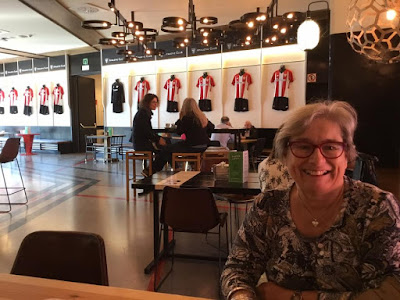 Above the bar there were huge screens to watch the matches I suppose. 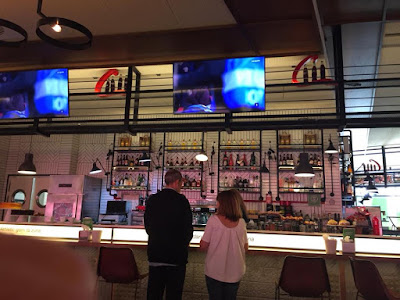 And from where we were sitting we had an excellent view of the pitch, which was being watered and I don't know what else. 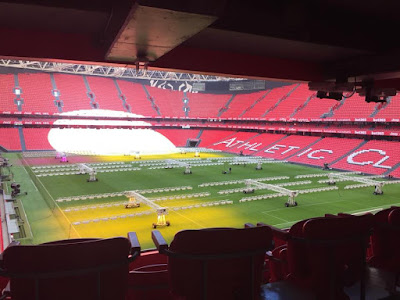 Finally the sign in the underground car park which is written in Euskara, the language of the Basque country. It is their official language and most signage will have Spanish as well, but not everywhere! I obviously cannot make head nor tail of it and it can be a bit disconcerting at times seeing a 'weird' language around me all the time. 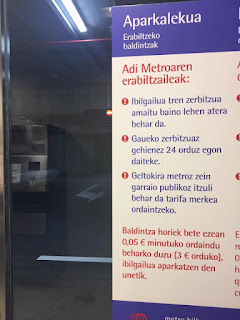 This is what Wikipedia says about Euskara: A language isolate, Basque is believed to be one of the few surviving pre-Indo-European languages in Europe, and is the only one in Western Europe. The origin of the Basques and of their languages is not conclusively known, though the most accepted current theory is that early forms of Basque developed prior to the arrival of Indo-European languages in the area, including the Romance languages that geographically surround the Basque-speaking region. Basque has adopted a good deal of its vocabulary from the Romance languages, and Basque speakers have in turn lent their own words to Romance speakers.

I hope you enjoyed my little outing to Bilbao. More about Bilbao next week.

PS The pay machines in the large car park were not working and we were issued a ticket to lift the barrier without having to pay! Hurray! (Well, I think we saved 0.70 eur)

Wishing you all a very happy T-Day,
Hugs,
Lisca