Hello folks, I hope you have all had a good weekend.

And again we have arrived at Tuesday, When we can join Bleubeard and Elizabeth's T-party. Any blogpost with a drink related something in it will qualify.

Last Tuesday I received a bag with 40 Green walnuts. According to tradition, they should be harvested on San Juan (24 June) to make nut liquor, or Vino de nueces. I like mine with a bit of a kick so at the end I will add some brandy but the idea is to cut them up. Not easy as they are hard. 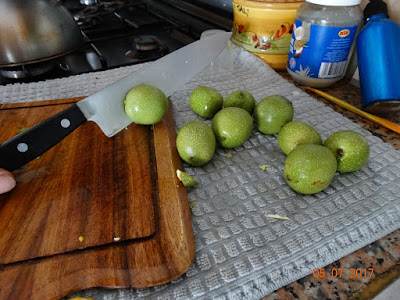 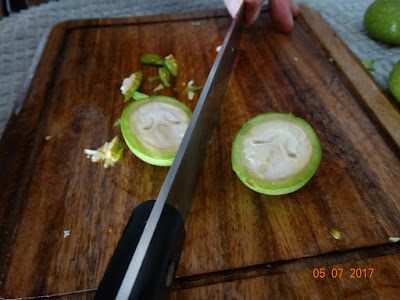 Then put them in a large container with 4 liters of wine. 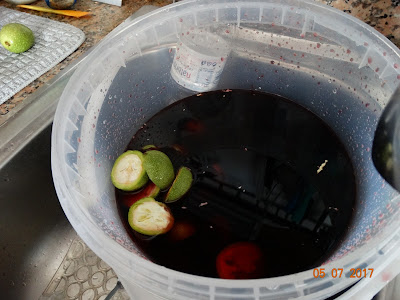 Here is a bottle of two liters no-nonsense local wine, (and that is my drink related item for the T-party). 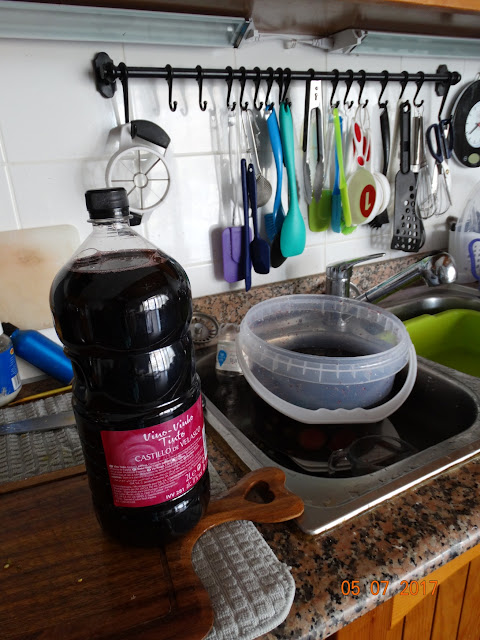 Now I just have to remember to stir it every day and add the sugar and brandy in August. It should be ready for Christmas.

I got some nice postcards this week. This one has a quote from Goethe: "There are two things we should give our children: roots and wings". A lovely quote and so true.

Only the German speakers will 'get' the joke of the grand piano and the carrots on the chair. 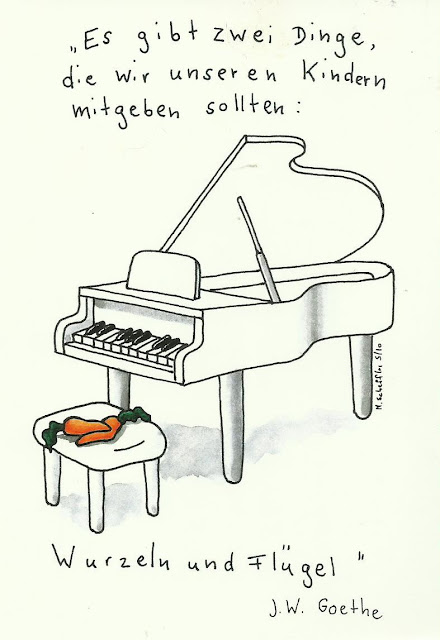 The German word for roots (Wurzeln) is the same as the word for carrots. And the word Flügel means wings as well as grand piano. 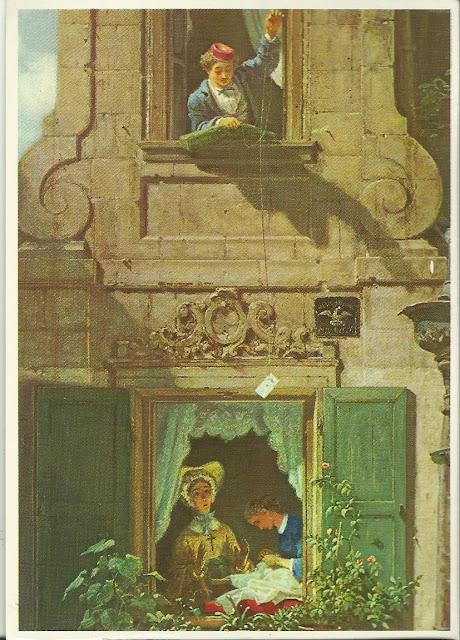 The second postcard does not have the name of the artist on it, but it certainly has a charming postal theme. It made me smile.
Both these cards came from Germany and neither had an interesting stamp on them really.

Being retired I have the luxury of being able to play computer games. For a long time we played Cradle of Empires. I am getting a bit tired of it and it gets so much more difficult to progress.
I have now discovered a new game that I like. It's called Elvenar. 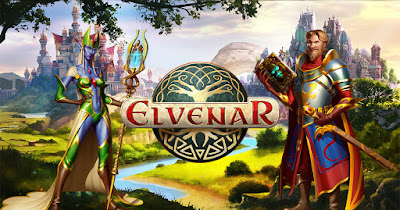 I don't have to do puzzles or fight battles (if I don't want to), but just building a most beautiful fantasy city, and growing and expanding by trading with neighbours (in the game) and the people in the fellowship you have joined (not compulsory). It is free but needs internet connection. There are in-game purchases but it works perfectly without that. I love it! I like the fact that there is a 'helper' guiding you through and helping and explaining, and giving you tasks. I also like the fact that there is always a choice between doing battle or negotiate/trade (As I don't like fighting).
I am enjoying it immensely.

That's it from me this T-Day,
Happy T-Day everyone,
Hugs,
Lisca
Posted by Lisca at 00:18