Hello lovely girls. It's Friday again and an opportunity to look back on the week and pick out the good moments, the blessings and the smiles. We are feeling very blessed, although we are going through a more difficult time with my husbands chemo. He has to take things a day at a time and rest a lot. There are good days and not so good days. It is strange to have him around all day, but a blessing that he is able to get (free) treatment and that he is getting better every day. It is also a blessing that we have such a loving relationship, so I love having him around and doing things for him.

Here is my postcard for today. I received it last month and it is stuck on the monitor of my computer as this is my state of mind at the moment. 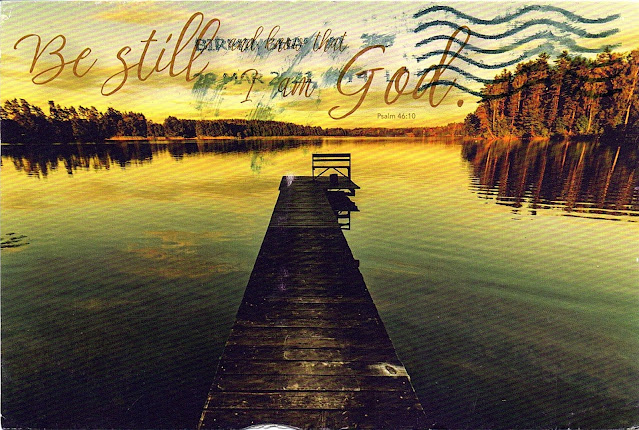 The text reads: Be still and know that I am God (Psalm 46:10).
By the cancellation (on the front of the card unfortunately) you can see it comes from Birmingham, Alabama. It was sent to me by Jill, who also is a retired nurse and, like me she worked in a hospice. She also likes reading and crafting, so we have much in common. 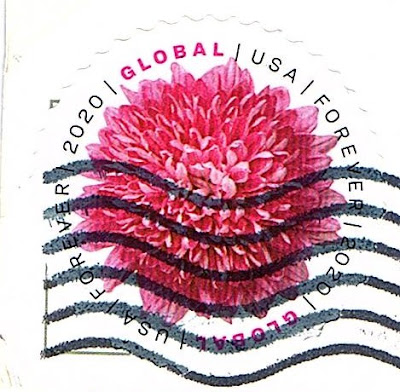 The stamp is a well know round stamp with a flower on it. I like it.
Hubby has had his chemotherapy last week and the first week is always the most difficult. It will get better as the weeks pass (Until the next batch).
Here are the collages I did this week. Not much going on as we have been taking it easy.

Hubby had his chemo and on Friday he did nothing but managed to check on our plants on our vegetable patch. He met the girl from the neighboring patch and she let him sit (not ride) on her horse. The horse has been lame, so this was just for fun and for the photo. 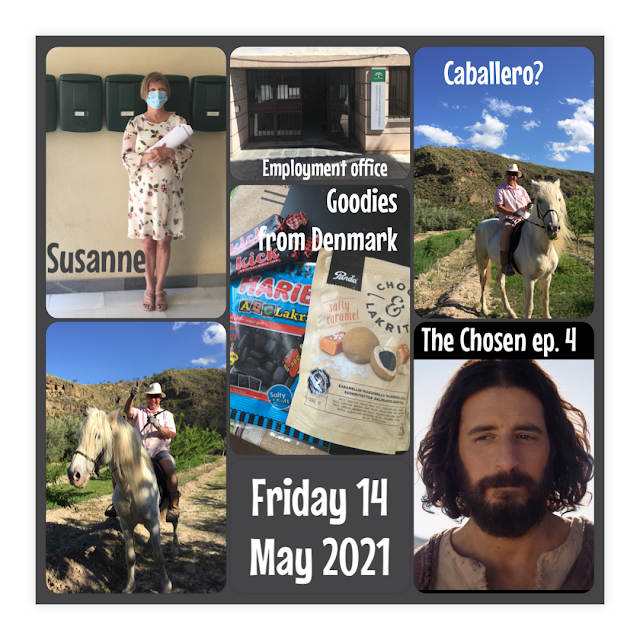 Our friends from Denmark have finally been able to move to Spain permanently. They have had the house next door to us for several years, visiting only during their holidays. They have decided to take early retirement (They are 60 and 56). I took them into town for some official things and acted as an interpreter for them.

In the evening we watched another episode of The Chosen. I can recommend it. Series one is available for free on YouTube. (The first 5 minutes is the director plugging the merchandise, just skip that). 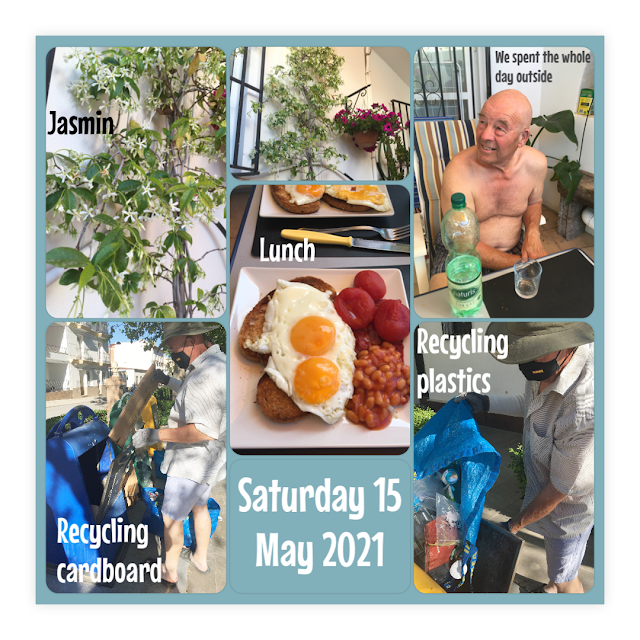 The weather has been really nice. A heatwave in May, that can't be bad. Hubby just lying down most of the day, but in the evening we did go for a little walk and we piled all the recycling in two large Ikea bags and went to the village to empty them.
My Jasmin is flowering and it smells divine. Big smile! 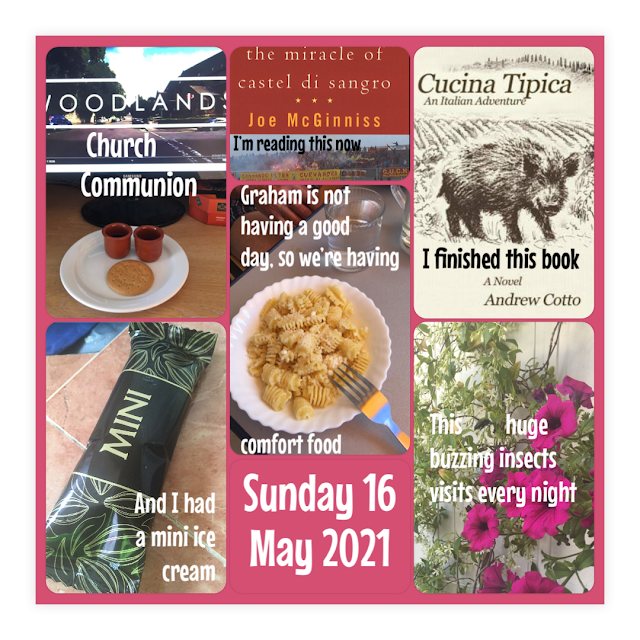 On Sundays we follow two church services. Woodlands (the one we used to attend in Bristol) did communion. So I had two little shot cups with Port and a digestive biscuit in stead of bread. Even doing communion in front of the screen was still meaningful to us.
We do a lot of reading and I have finished a travel story called Cucina Tipica and it's about an American in Italy. It has a lot of food in it and it made my mouth water. It also made me smile, having lived in Italy for so long and reading about this American who doesn't have a clue! Very funny.
I'm now reading another book set in Italy (coincidentally) and this one is about a village not far from where I used to live, Castel di Sangro, and their soccer team that miraculously got into the first division of the Italian league. I don't know anything about soccer as i don't really care for it, but again, the book is funny as it's about an American (again) who is writing a book about this 'miracle'. It's a true story and the characters are all real and I'm really enjoying it. 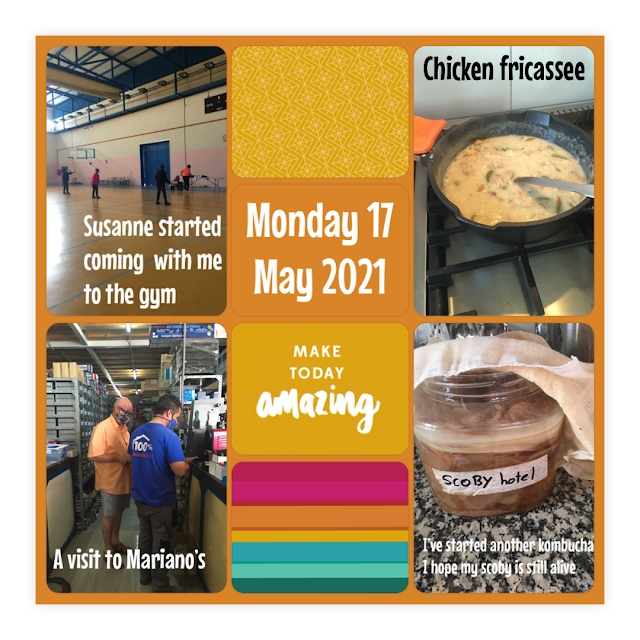 My Danish friend has started coming with me to the gym, which is great.
We still limit ourselves to one little 'outing' a day because of hubby's tiredness. Monday he went to the local builders merchant to buy a few bits and bobs.
Last year I made kombucha all over the summer months and I would like to start again . I had stored my SCOBY's in a pot and I'm hoping that they are still alive. I've started another batch, which will take some time to start fermenting, providing the scoby is still alive. It didn't smell 'off', so I'm hoping it's ok. 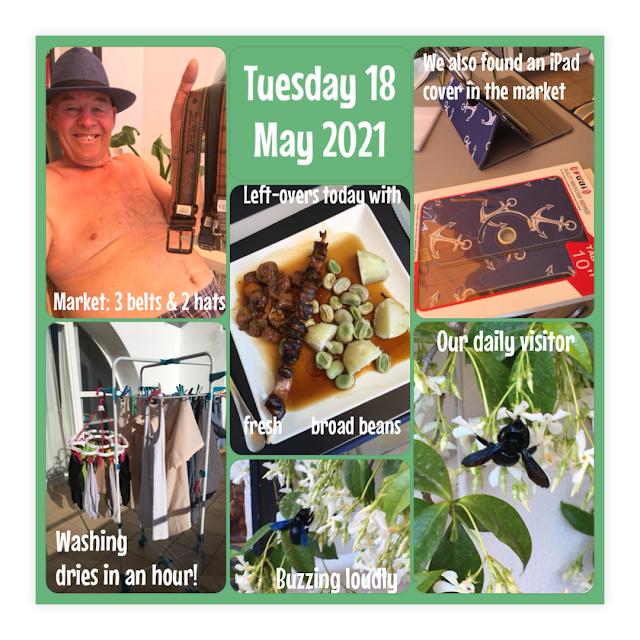 Tuesdays is market day in our village. Hubby needed new belts and some hats for work as he is not allowed to get sun on him so he needs hats with a rim rather than a baseball cap. He got three belts and two hats and that was our daily outing. (Excuse the bad photo. We were sitting under an orange sun shade).
I had also seen a stall that sold covers for iPads and the like but I didn't want to buy one without measuring, so we went home (we only live one block away from the market) and picked up my iPad. I found one that fitted and bought two (one each). At home we discovered that (being so cheap) they didn't turn off the screen when we close it. So we fished the old ones from the bin and cut off the bit where the magnet is situated. Then stuck that inside the new one. And 'Bob's your uncle' as they say in Britain. 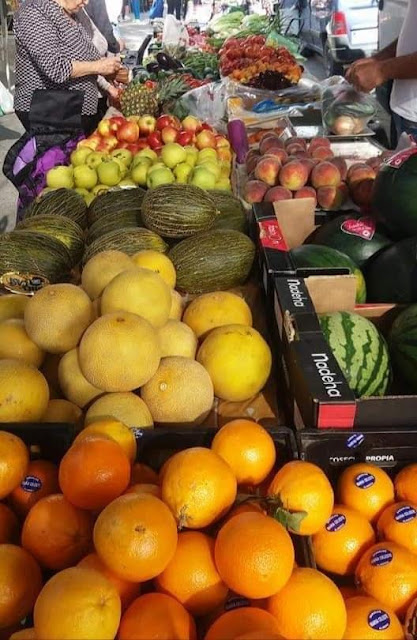 These photos of the market were taken by a friend on the same morning. Colourful fruit and smelly fish. 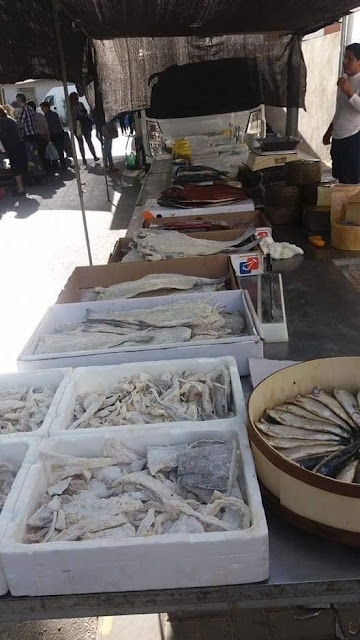 Every day (sometime more than once a day) we have a loudly buzzing visitor. He seems very friendly although he is very large and looks rather threatening. It is a huge bee with blue wings. Really beautiful. I have found out that it is a carpenter bee. It really likes our Jasmins. 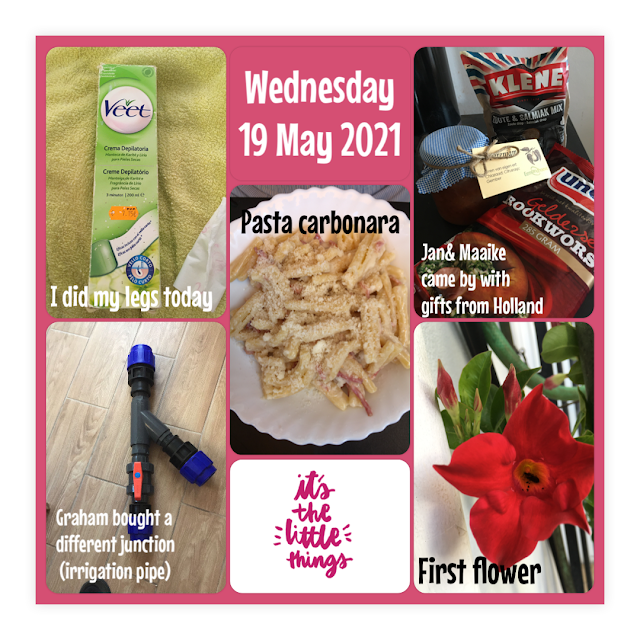 On Wednesday we had a quick 'in-the-doorway' visit from some Dutch friends. They had brought some Dutch goodies for me. Licorice, smoked sausage and pear jam. Lovely. 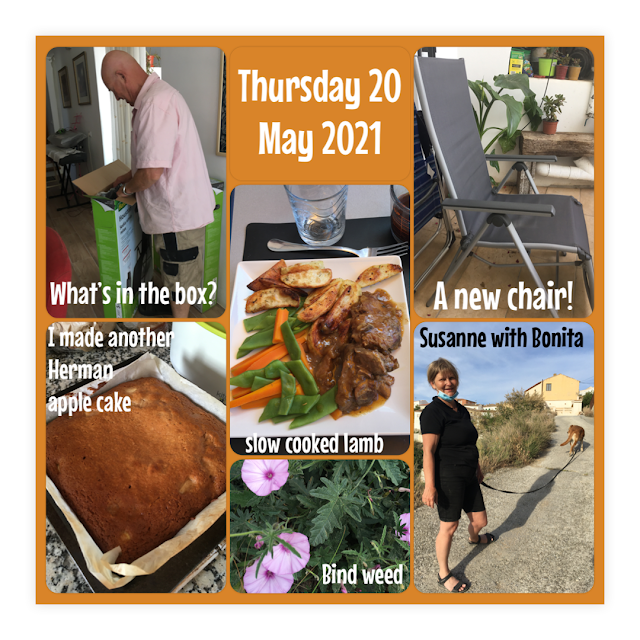 Yesterday we drove to town as Lidl were selling garden furniture. We bought a lounger type chair so hubby can rest with his feet up.
In the afternoon I baked a cake and in the evening I went walking with my Danish friend and their dog Bonita. Here is another photo of Bonita. 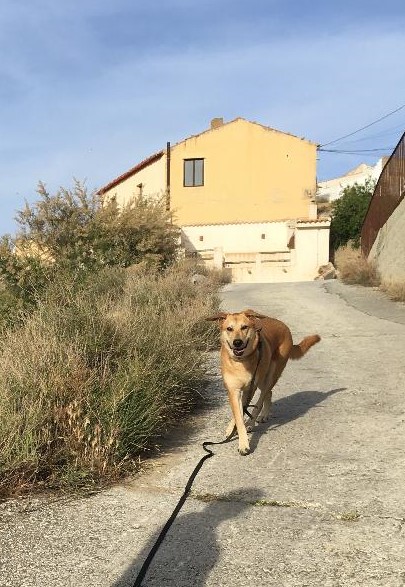 As you can see, not much going on but a lot to be thankful for and many things I can smile about.
Do join us with a positive blogpost at Annie's A Stitch In Time and at Virginia's Rocking Your World Friday.
As usual I have some funnies for you at the end.
Take care everyone and...
Keep Smiling!
Hugs,
Lisca 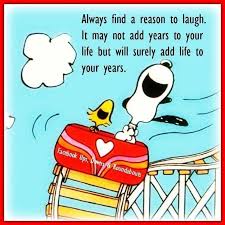 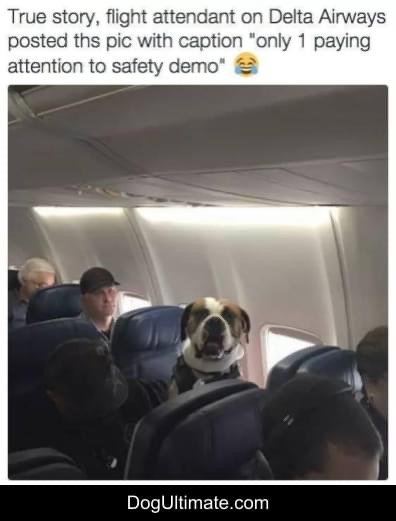 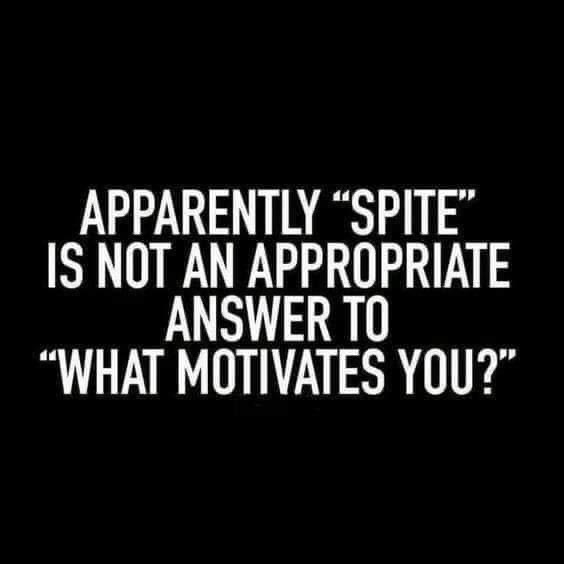 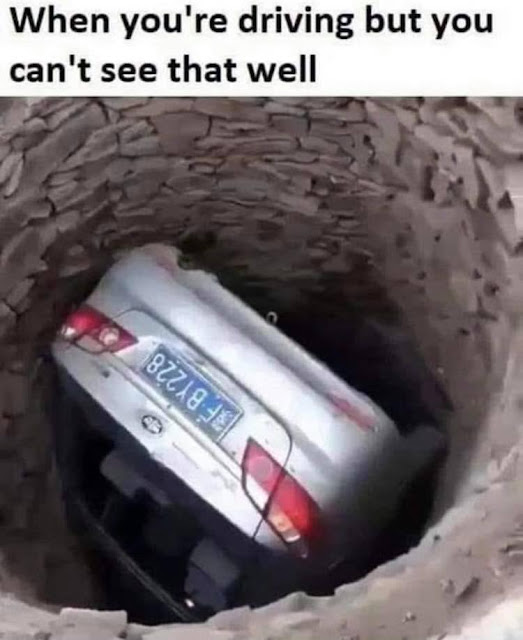 Only people of a certain age will get this next one. (Radar) 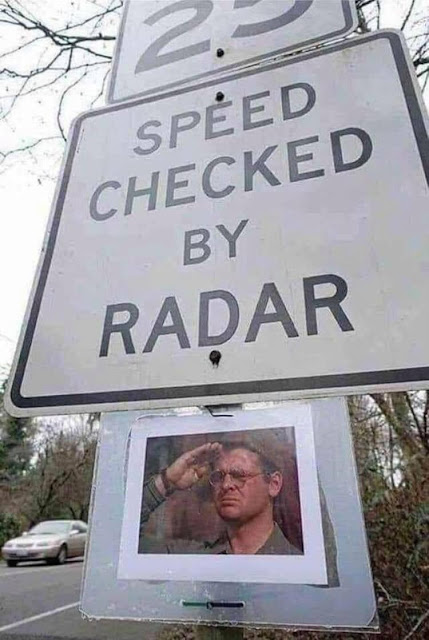 As women we probably don't appreciate this next one. 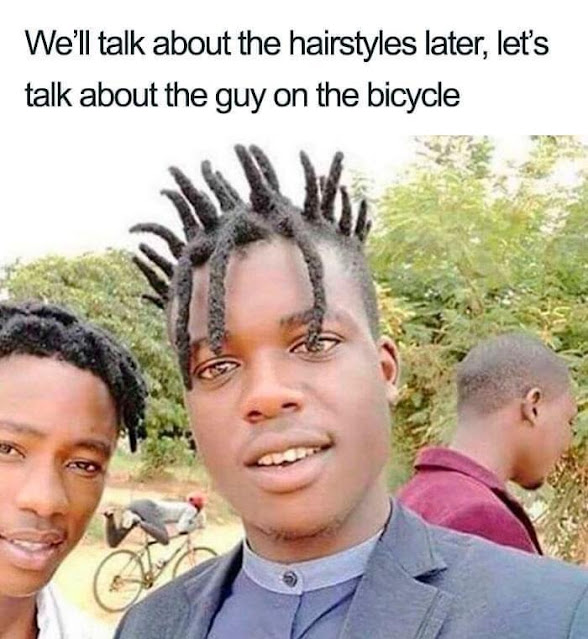 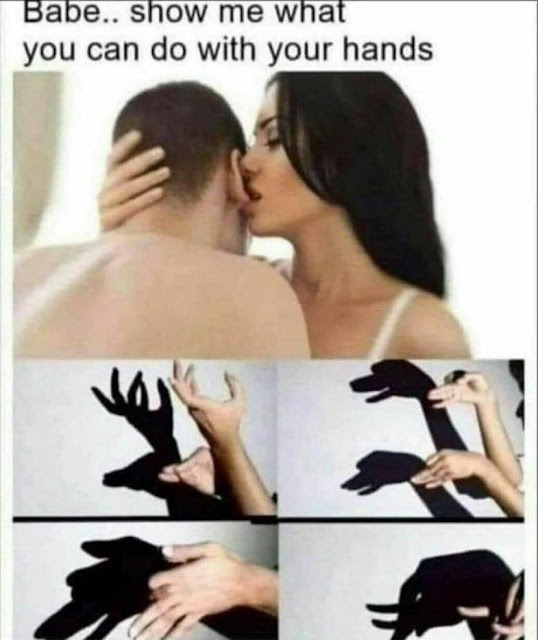 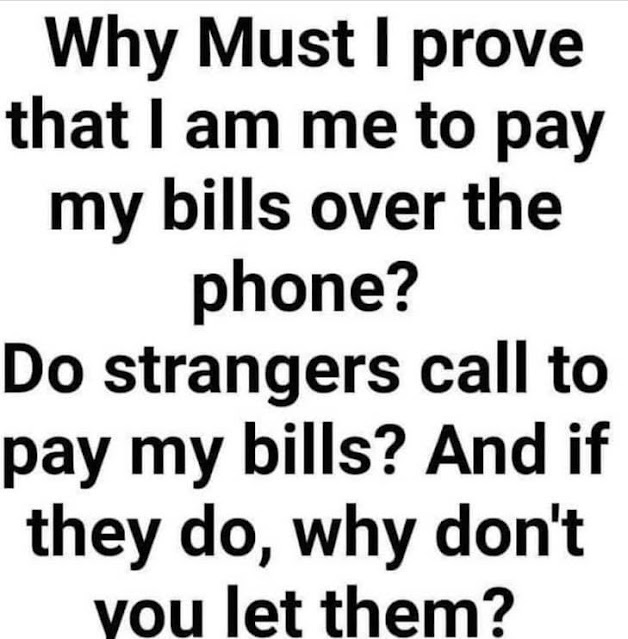 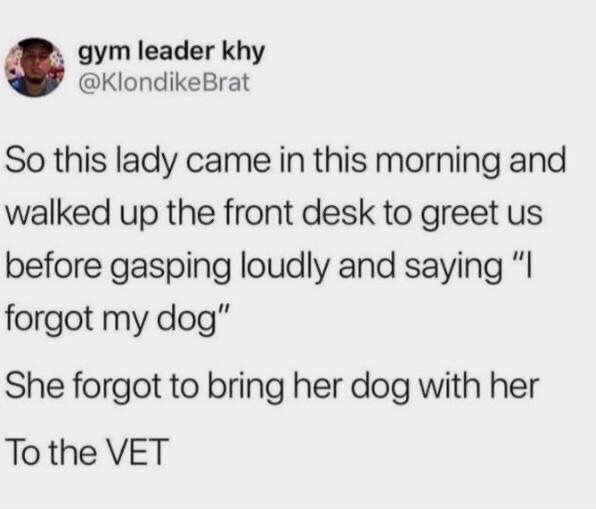 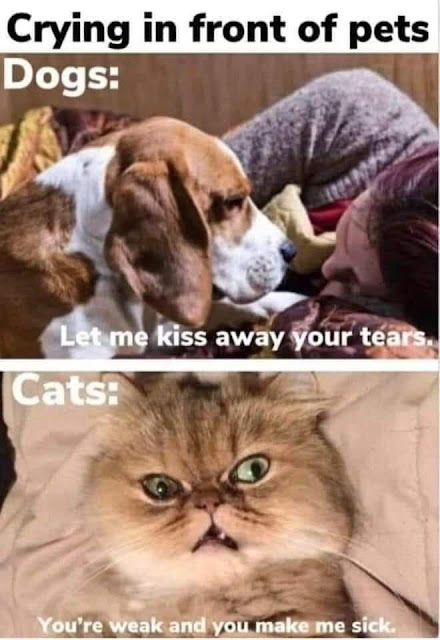 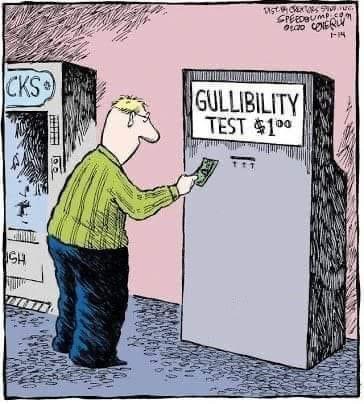 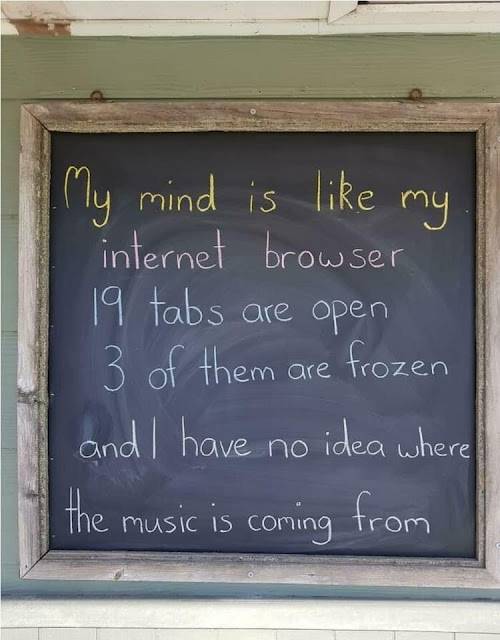 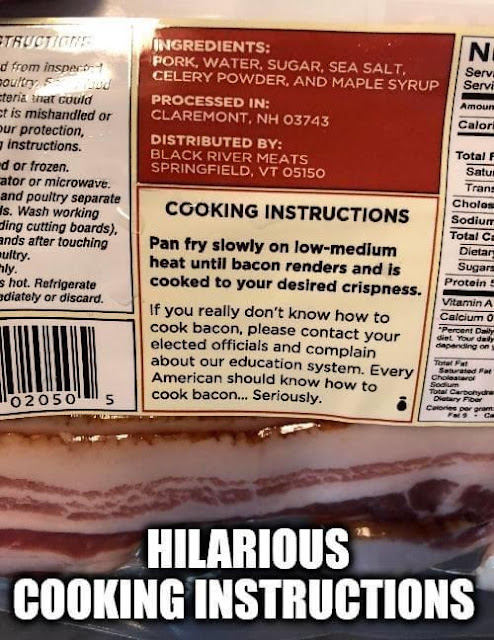