Hello lovely ladies! How are you all? Here things are much better. Hubby is recovering well from his operation. Getting stronger by the day.

Let's start with my postcard. I like maps, but this map card baffled me as it is all in Russian. It was sent to me by Sasha in Barnaul. He (or she, as in some countries Sasha is a girl's name) wrote that it was -22 degrees C. There is also a quote on the card, 'Experience is what you get when you didn't get what you wanted.'

The largest city on the map is the city of Barnaul. Barnaul is a city on the western banks of the Ob River in the Altai Krai region of Siberia, Russia. 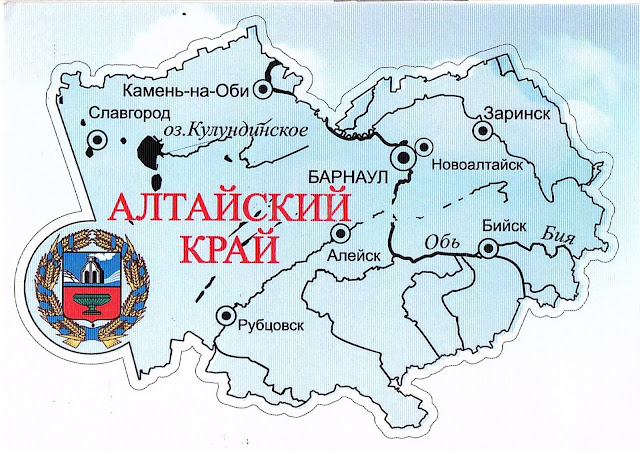 To give you an idea where in Russia it is

I found some photos of the city of Barnaul on Wikipedia. 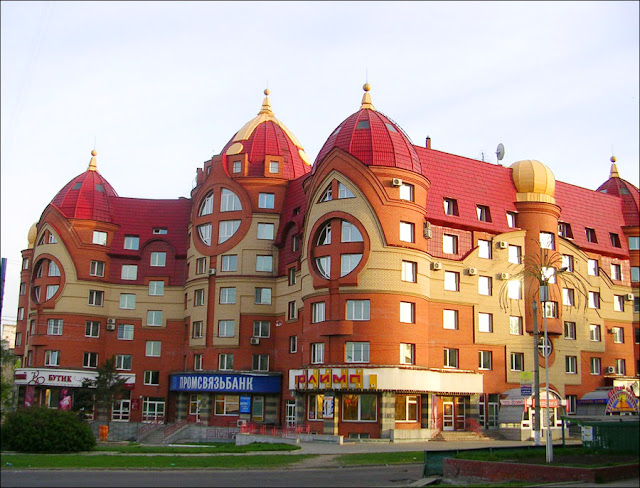 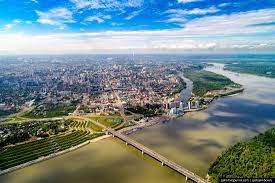 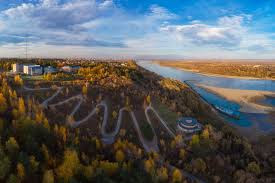 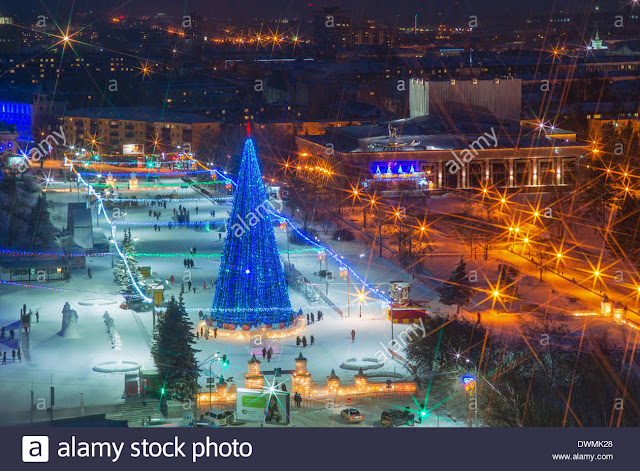 The stamps are absolutely gorgeous. The triangular one on the left is about lace making techniques, and of course I love the turtle  stamp. Emys Orbicularis is the common European pond turtle, or terrapin. 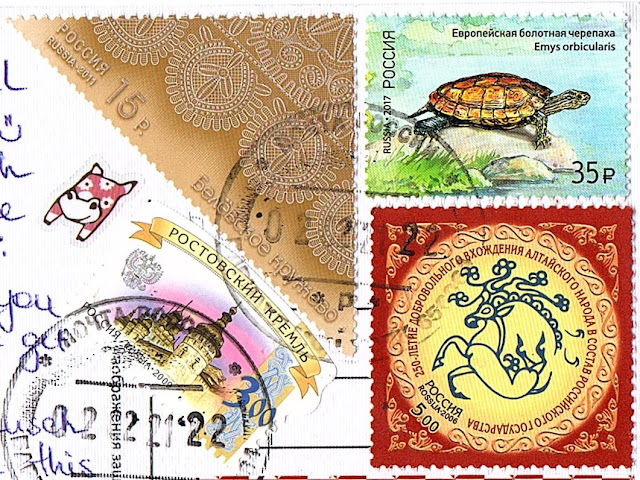 But the most fascinating one is the red stamp with the mythical horse. it represents 250 years of voluntary entry of the Altai people into the Russian state. The map below shows that the Altai Republic is just south of Barnaul. 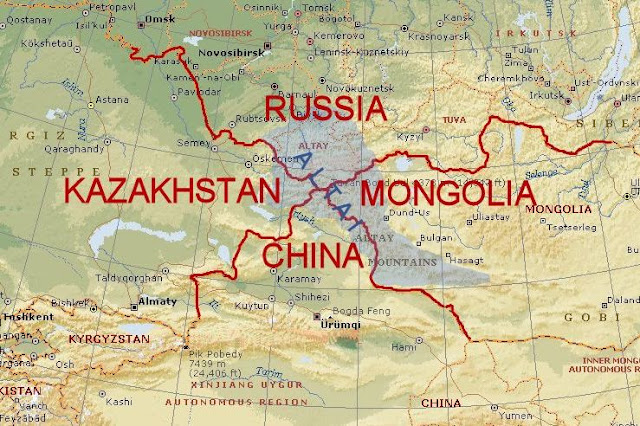 The Altai people have a history of horse riding. 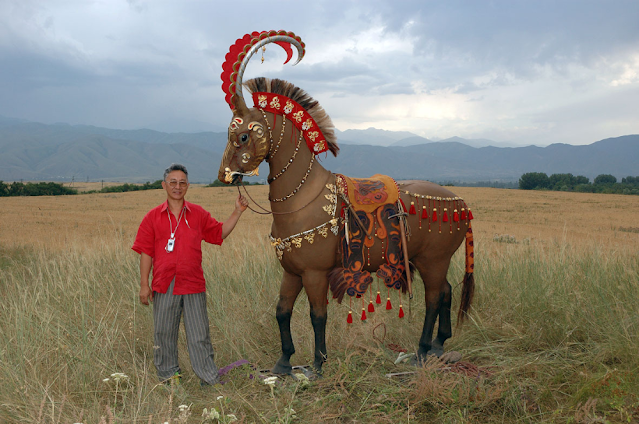 Reconstruction of the horse trappings found in one of the the 4th century BC Scythian-type Pazyryk burials. I think this is the  horse in the stamp. 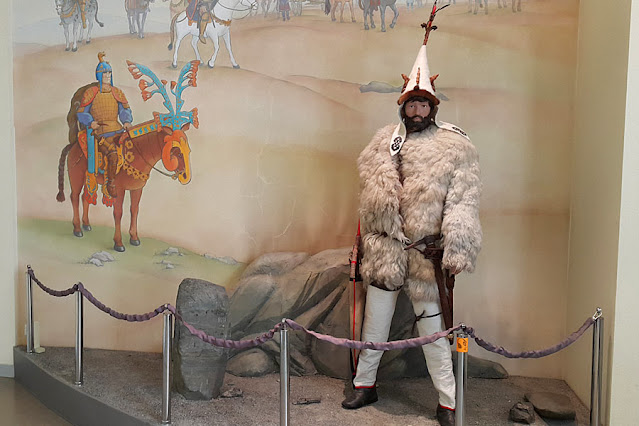 I found some photos of Altai people in their traditional costume. 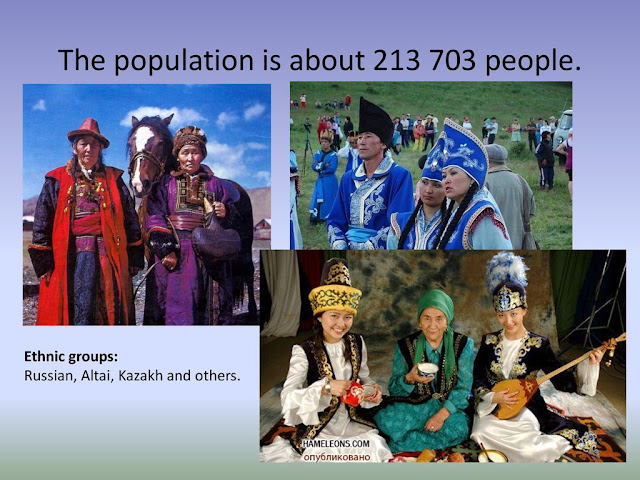 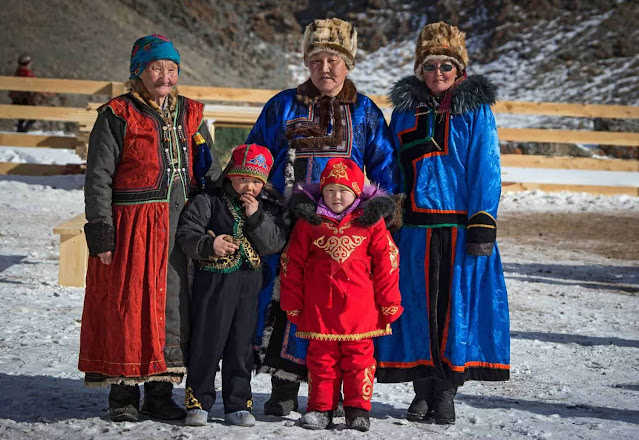 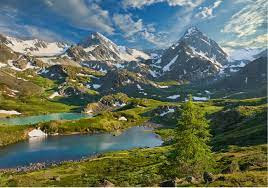 The Altai mountains have geysers just like in Yellowstone Park. 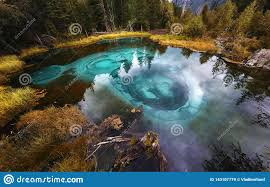 Fascinating!
But enough armchair travel. This is T-Day and I'd like to visit Elizabeth and Bleubeard with a drink. I think it will be coffee this time.
We're having some beautiful days and we can sit outside for breakfast , 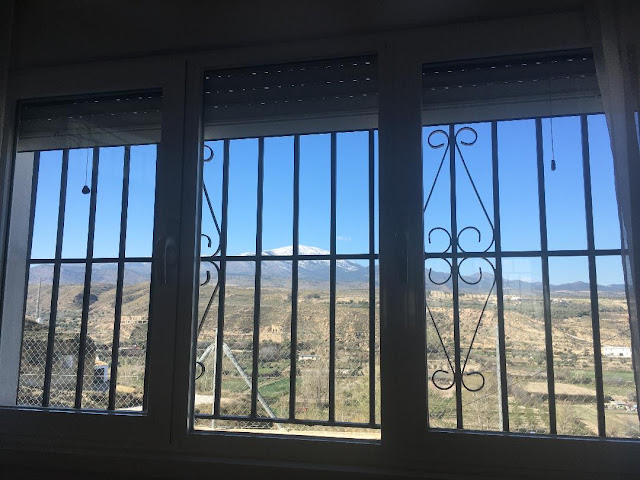 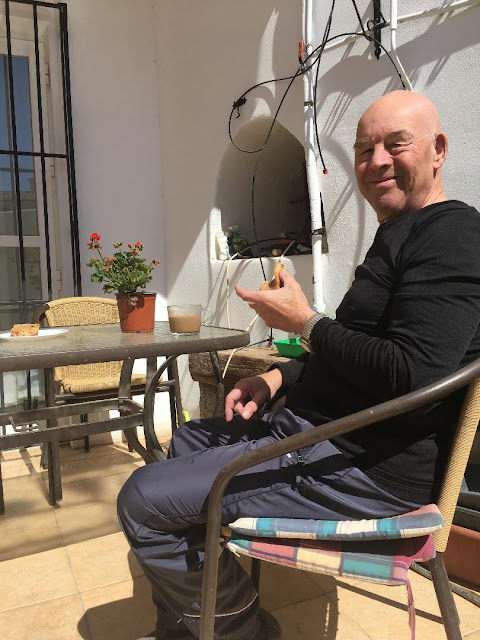 As you can see hubby is doing fine. We went shopping in the village yesterday and went to a bar for coffee and a cream bun. (Elizabeth can you spot the fake carrousel horse in the background?) 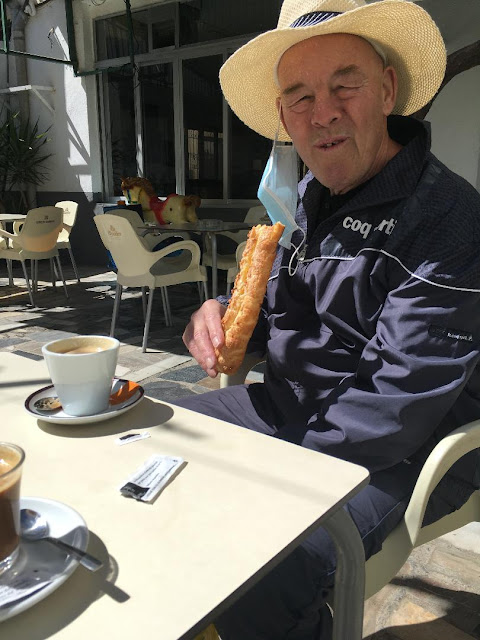 Mine is a café cortado. 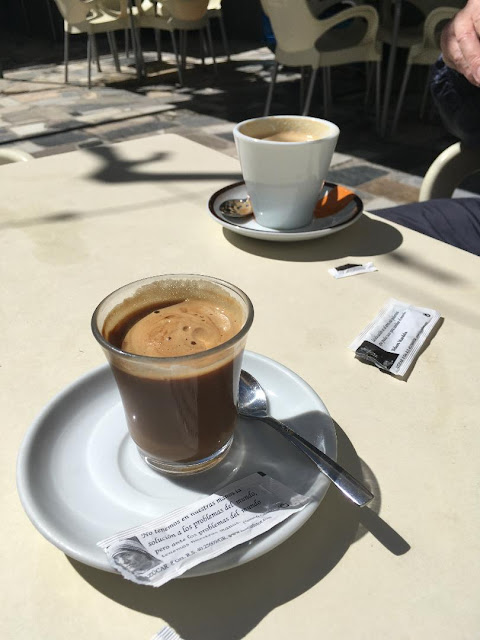 I'll leave you with this

According to a 19th century legend, the Truth and the Lie meet one day. The Lie says to the Truth: “It’s a marvellous day today”! The Truth looks up to the skies and sighs, for the day was really beautiful.

They spend a lot of time together, ultimately arriving beside a well. The Lie tells the Truth: “The water is very nice, let’s take a bath together!” The Truth, once again suspicious, tests the water and discovers that it indeed is very nice. They undress and start bathing. Suddenly, the Lie comes out of the water, puts on the clothes of the Truth and runs away. The furious Truth comes out of the well and runs everywhere to find the Lie and to get her clothes back. The World, seeing the Truth naked, turns its gaze away, with contempt and rage.

The poor Truth returns to the well and disappears forever, hiding therein, its shame. Since then, the Lie travels around the world, dressed as the Truth, satisfying the needs of society, because, the World, in any case, harbours no wish at all to meet the naked Truth. 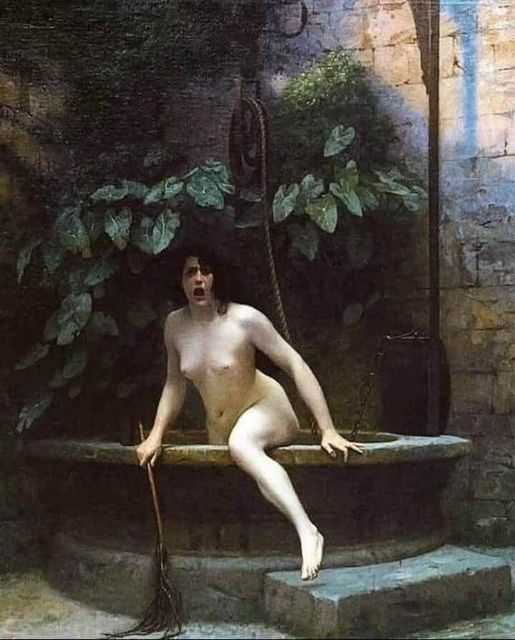 The world famous painting- “The Truth coming out of the well” Jean-Léon Gérôme, 1896. 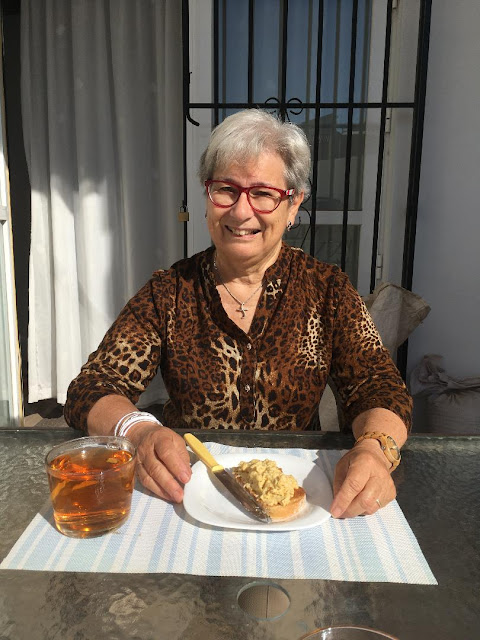