How are you al? We are fine and we have had lots to smile about this week so I would like to share them with you today (and with Annie at A Stitch In Time). But before i do that, let me share a sweet postcard I received from Germany.

It was sent to me by Daniela who lives in a village of 4600 inhabitants in the south of Germany.  It features Lotte the tortoise and baby Luke. The photographer is Jutta Romer. 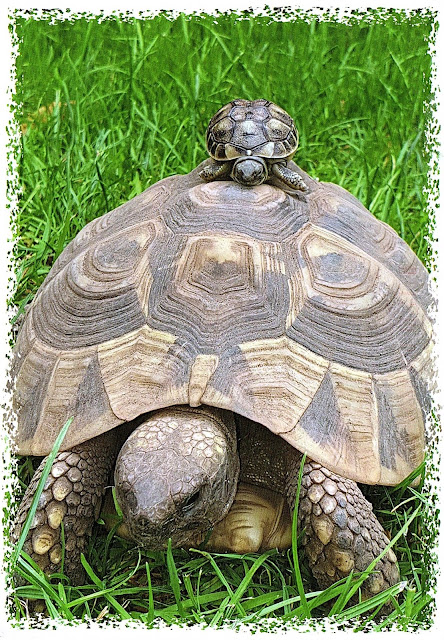 The stamps are beautiful.

They show the Siebengebirge near Bonn. 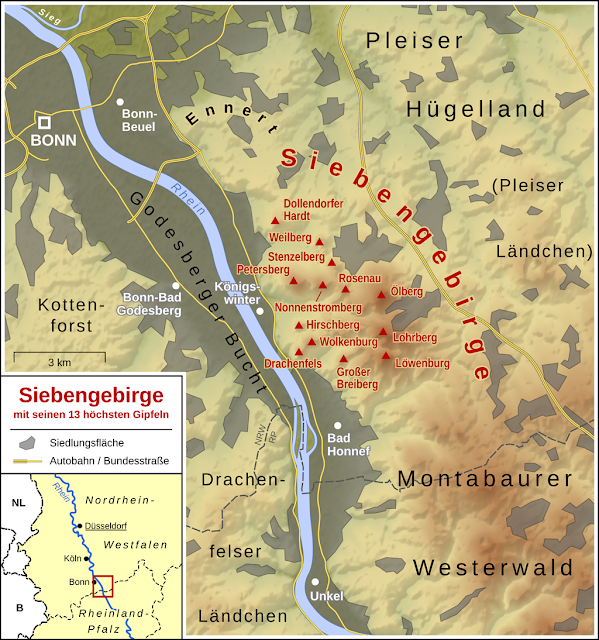 Siebengebirge means Seven Mountains, but looking on the map, 13 peaks can be seen.

The area in the photo (on the stamp) is called Drachenfels. 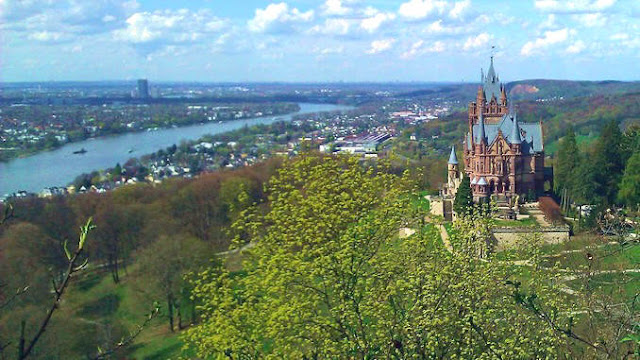 Drachenfels (Dragon's Rock) refers to the medieval ruins at the top of the peak, 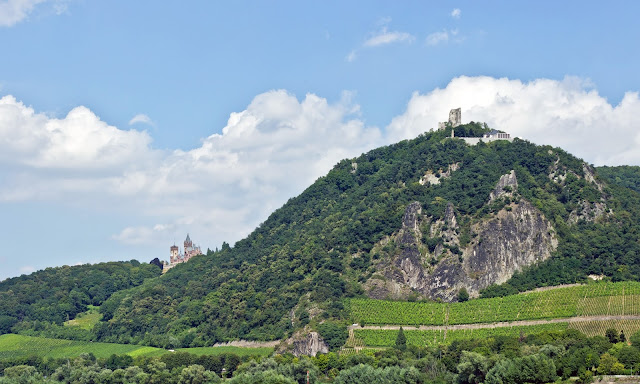 but there is also a modern and impressive interpretation of a castle three-quarters of the way up the slope. 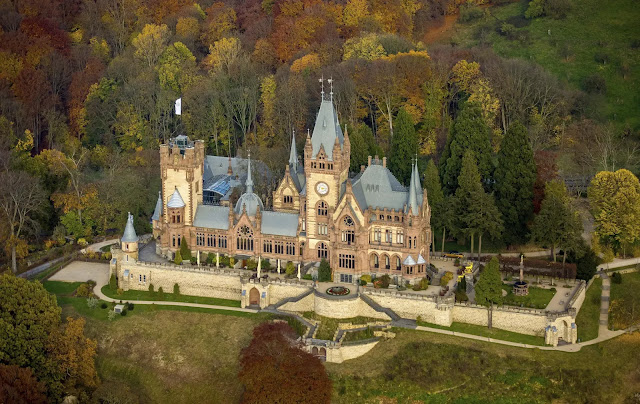 It is now owned by the state of North Rhine-Westphalia and is open to the public. Its elaborate rooms and regal grounds offer stunning views of the river and valley below and on a clear day, castle visitors can see all the way to the towers of Cologne's Cathedral.

Now for my week. Last Friday was hubby's first day home. He had slept well in his own bed and the weather was gorgeous. Our neighbour Angel carried some sacks of pellets down for us as the forecast for this weekend is bad. (Our stove burns almond shells, pellets and olive pips) 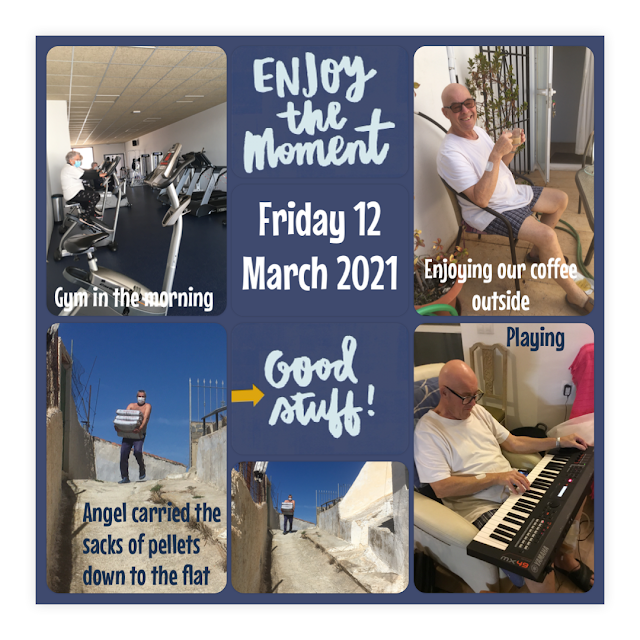 Saturday held more smiles as my amaryllis is flowering for the second time, and I ordered a new cooker as mine just wasn't cutting it. 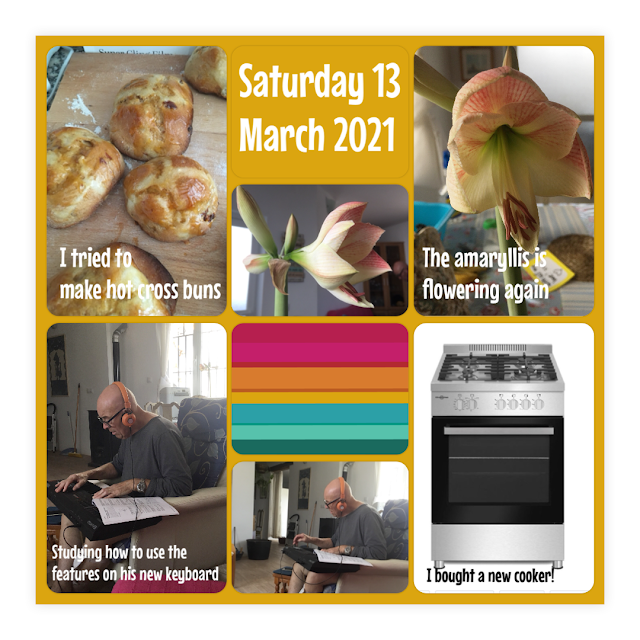 Sunday was another sunny day, and we even had visitors. My bestie looks after her older sister who has Down's syndrome. She loves my husband to bits and when she heard he was out of hospital, there was no stopping her! 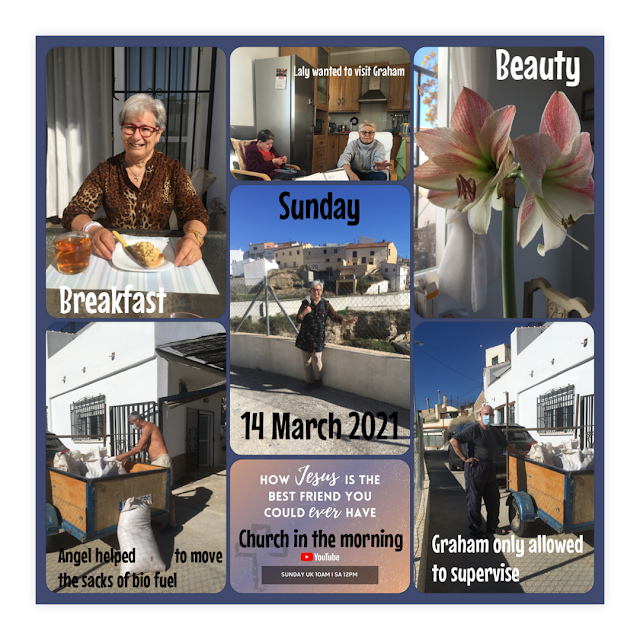 On Monday I went to check on my postbox and
there was a gorgeous Mother's Day card and some sock wool I had ordered. The wool is a nicer colour than on the photo. It's called 'wood pidgeon' and is grey, purple and white. 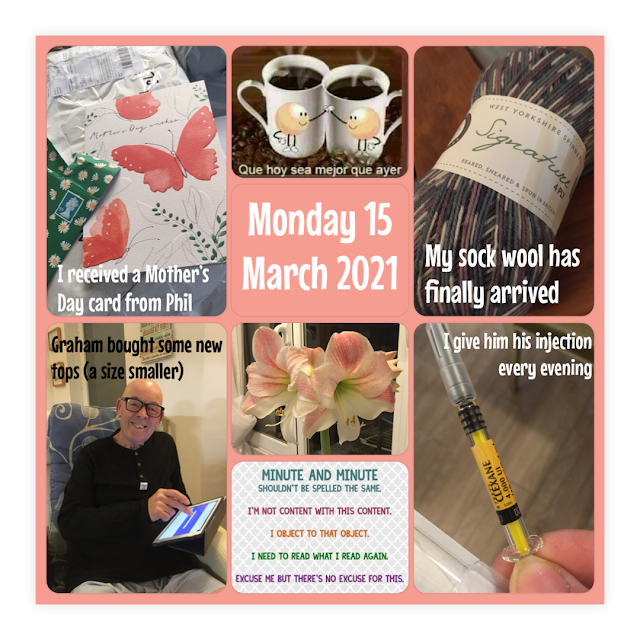 Tuesday is market day here in Caniles. Hubby needed some boxer shorts so I had a wander around the market. It always takes some time as I meet everyone and they all want to know how my husband is doing. I also bought some geraniums. 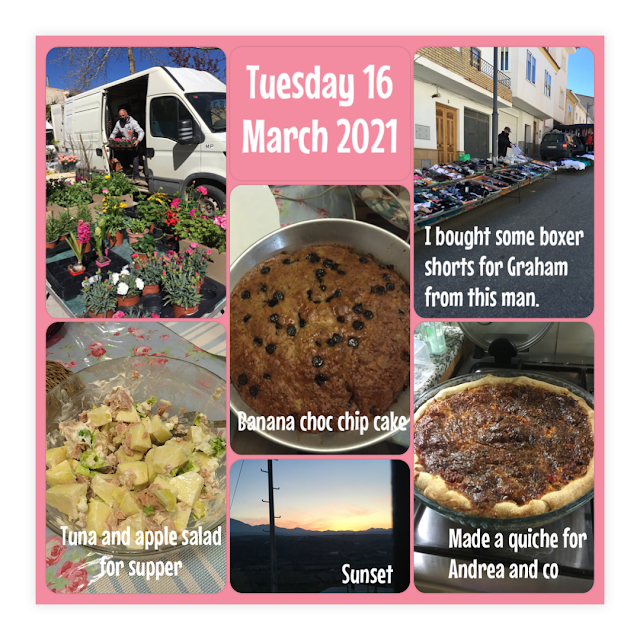 Wednesday we went to our vegetable plot and planted the plants that i had bought more than a week ago. Hubby loves going there and he can potter to his hearts' content. 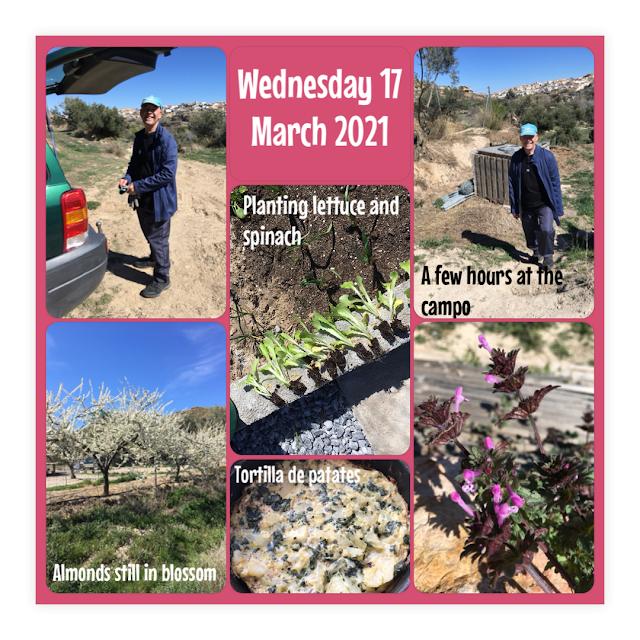 Yesterday we had an appointment at the vehicle inspection (ITV in Spain) as we had a towbar put on our car and that needed a new inspection. ITV stations are purpose built and the same all over Spain. You drive your car in one end of the building, then through the different 'stations' where they do the different tests, and ten minutes later you come out the other end. Along the way, the employee gives instructions what you need to do. Hubby's Spanish is limited, which is no problem as i sit next to him and translate the instructions for him. But not during Covid. Only one person allowed in the car! So I had to go it alone. I was a bit nervous, but it was no problem. When that was all done, they told us that the documents would be ready in an hour or so, so we went and had coffee, bought more pellets at the petrol station and had a wander through a nearby furniture store. I saw some dining chairs. They were so comfortable and we both liked them, so we promptly ordered them.  I was told I would have to wait a bit as the factory has not been producing 100%, but I'm not in a hurry. 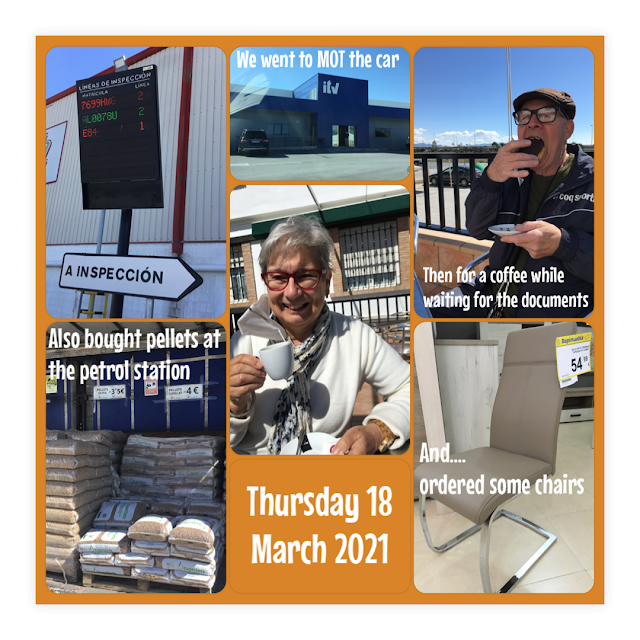 As you can see, we've had a very good week. Hubby is improving every day. This coming week we are seeing the oncologist, so I will be reporting on what he/she said in my next Friday blog.
That's it from me. I have some funnies for you at the end.(Well, some of them are food for thought rather than funny)
Have a lovely weekend,
Keep smiling!
Hugs,
Lisca 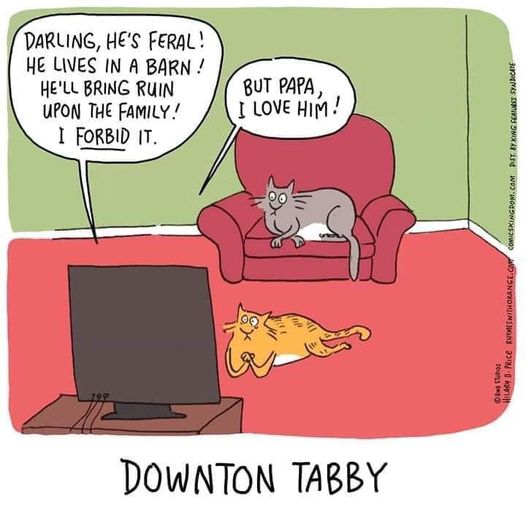 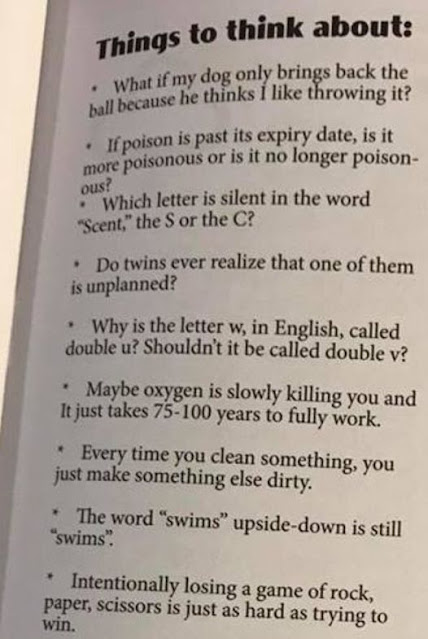 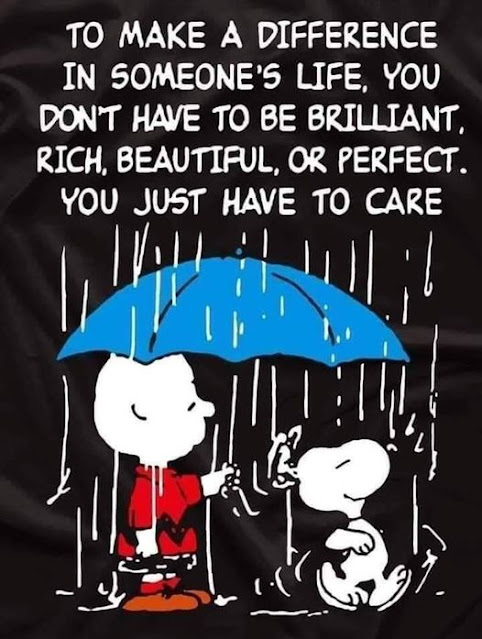 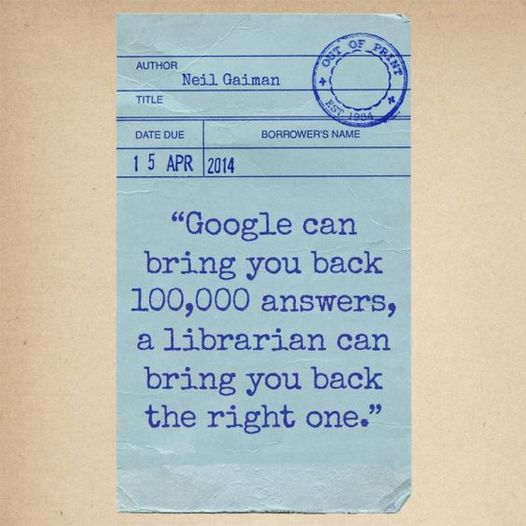 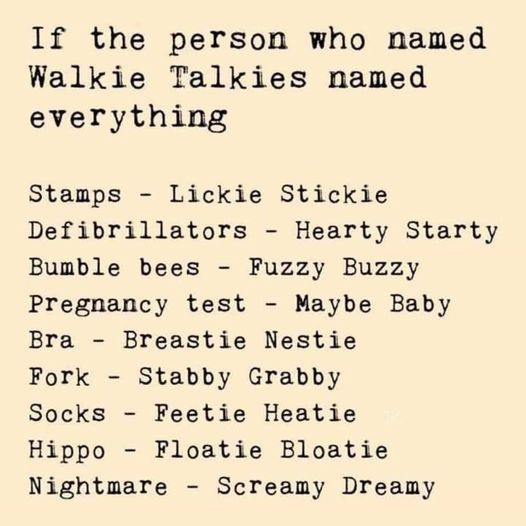 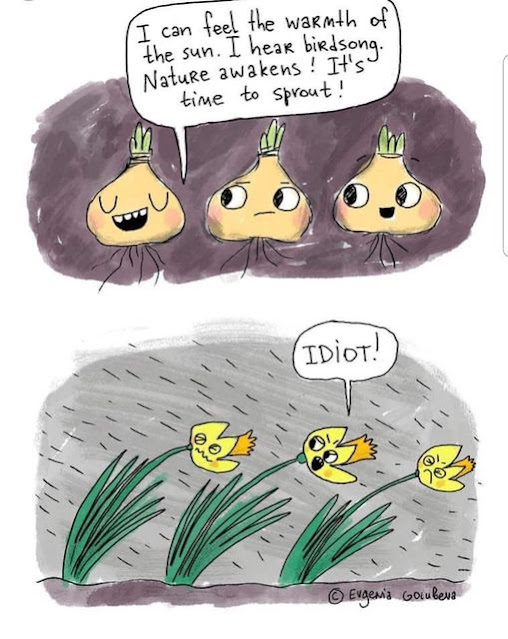 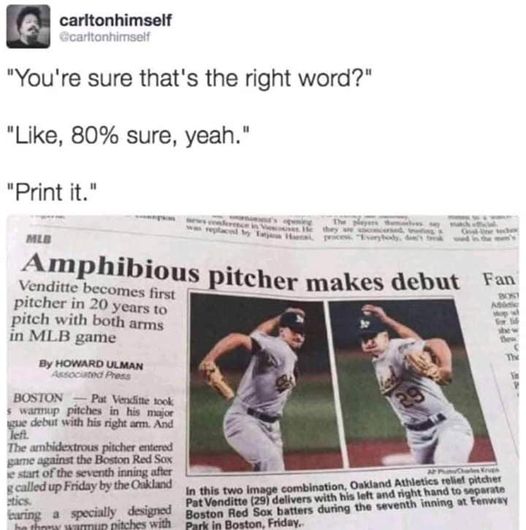 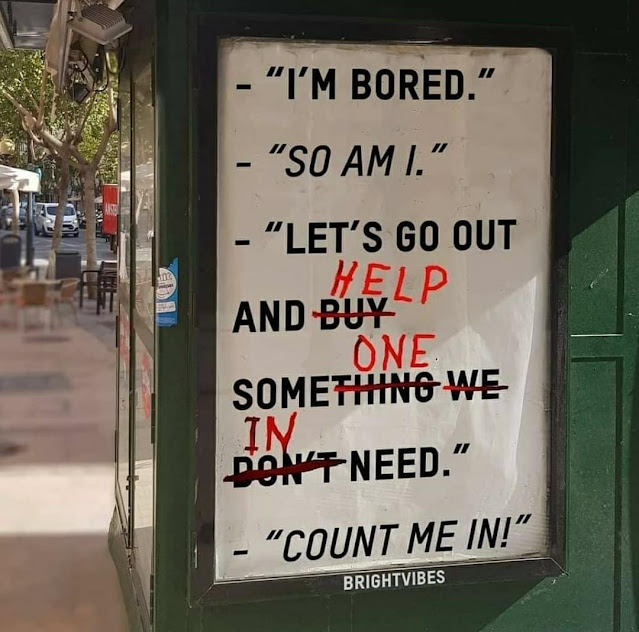 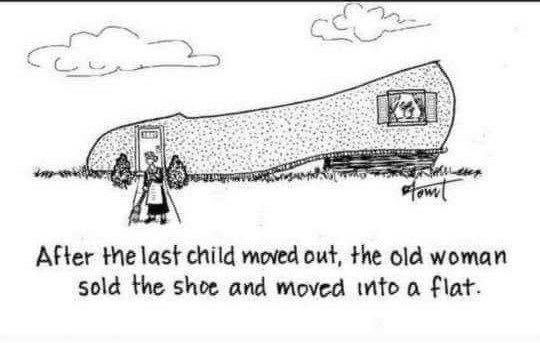 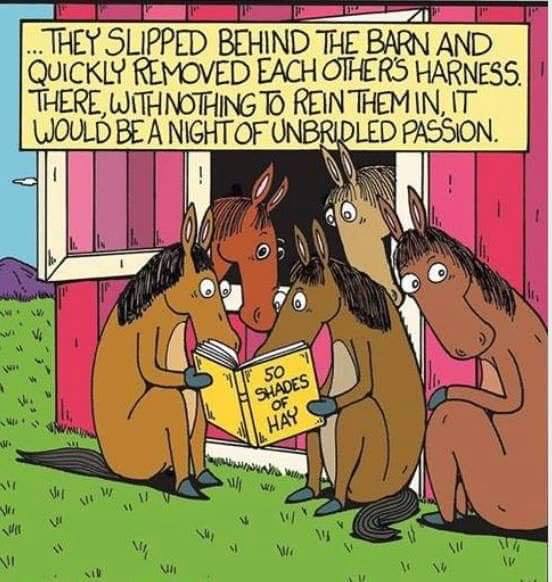 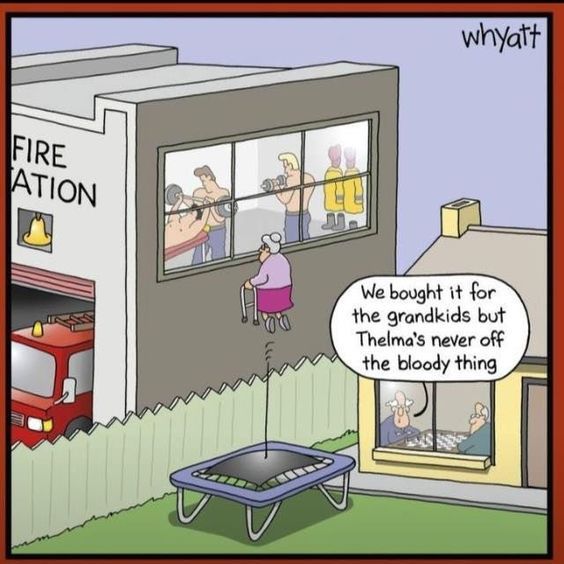