It's Tuesday again and I am looking forward to joining you all at the T-Party that is being hosted by Elizabeth and Bluebeard.

Before I show you anything drink related, I would like to share a postcard that I received last month from the USA. 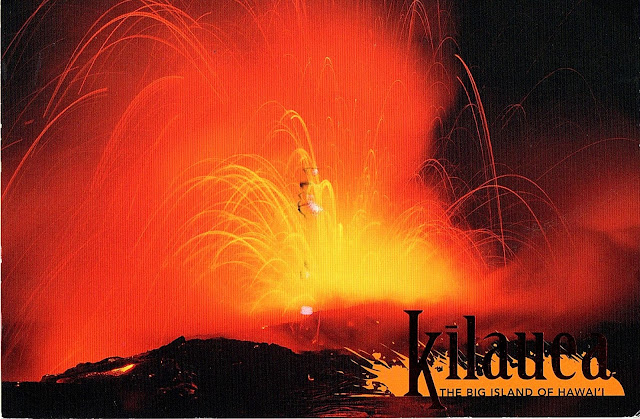 It's from Kilauea, and it shows  volcanic activity at night.
Kilauea is a hyperactive shield volcano in Hawaii , and the most active of the five volcanoes that make up the island of Hawaii ; it is also one of the most active volcanoes on Earth. Located along the southern coast of the island, the volcano, with an age of 300,000 to 600,000 years, emerged from the sea about 100,000 years ago. (Wikipedia)
In 2018 a volcanic bomb, the size of a basketball and originating from the Kilauea volcano , fell on the deck of a boat in the port of Wailoa, in the town of Hilo, (Scary!) and injured 23 people.
The stamp is interesting. It has Earth Day on it, which of course is Elizabeth's birthday!  It also has a stamp with a Dutch Shepherd on it. Now I am Dutch and I have heard of a German shepherd. but I have never heard of a Dutch shepherd dog. 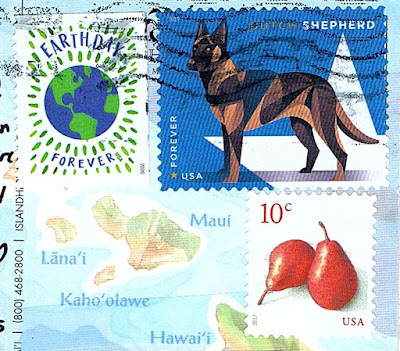 Last week I accompanied friends of ours into town to be their interpreter as they had some official business to attend to. I know all the little streets to get back to where the car was parked and we came across these old houses, with their typical wooden balconies. 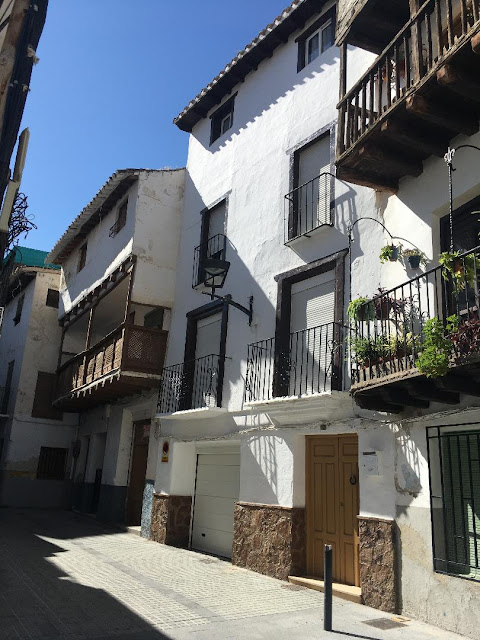 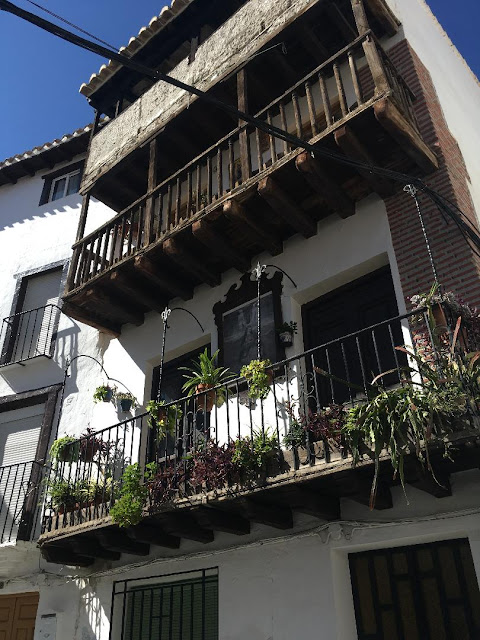 This summer I bought this cactus (You might remember) and I hung it in the sun! Cacti don't like the sun I have discovered. It nearly died. But as you can see it has recovered since I moved it indoors, and is growing these thick 'fingers'. 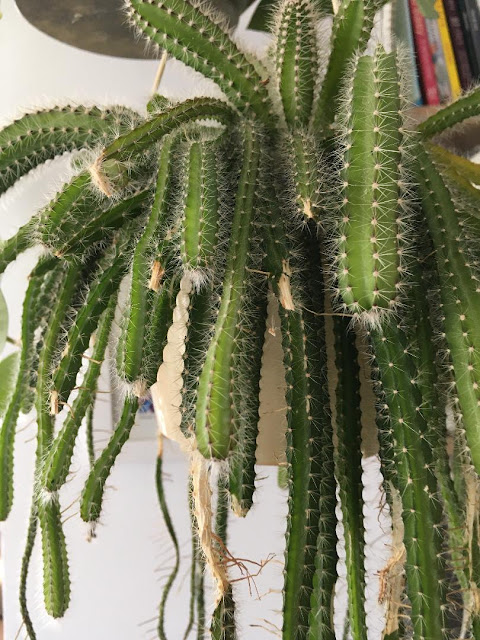 I found two more photos from our holiday and the mountain walk we did. This is the beginning of the trail and it passes through a long stretch of rock. 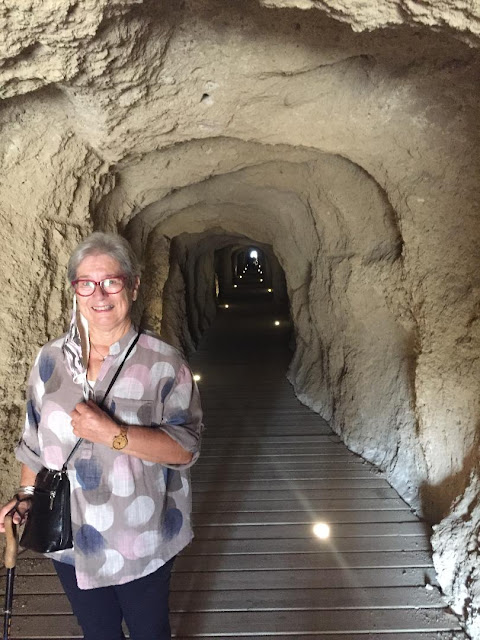 Note that I am just moving my mask away for the photo. Just so you know that I was wearing one.
The same with the following photo. I have my mask in my hand as we were totally alone by that point. 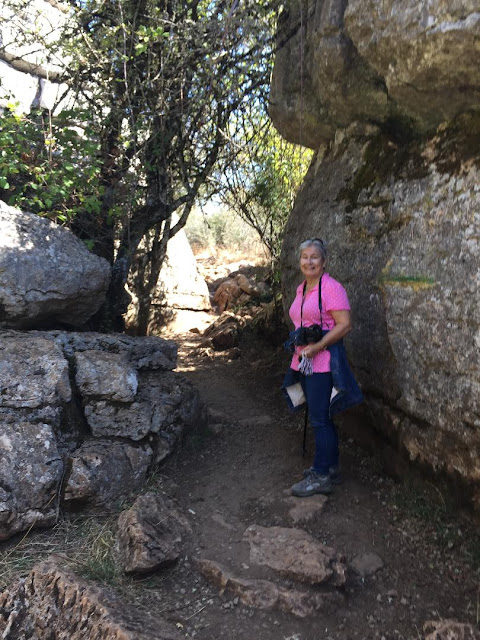 What am I bringing to the T-Party? A cup of black coffee! (Not mine as I will put a dash of milk in it). 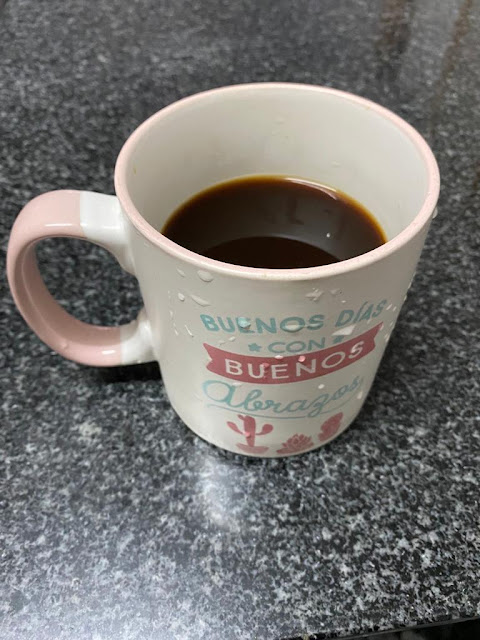 The writing on the mug says: 'Good morning with good hugs'. 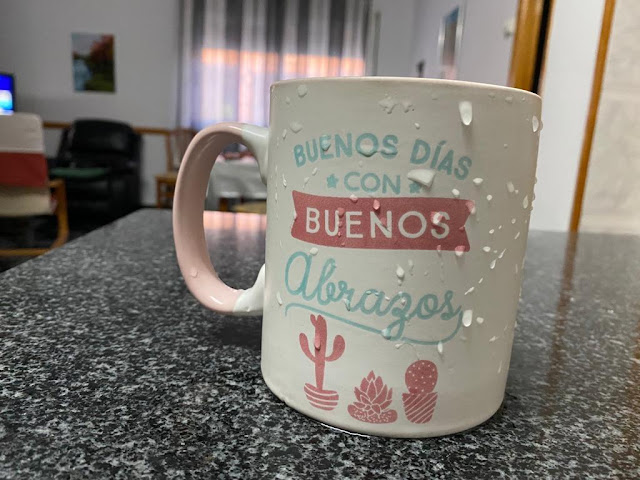 This is my favorite drink at the moment: my home made kombucha flavoured with raspberries. 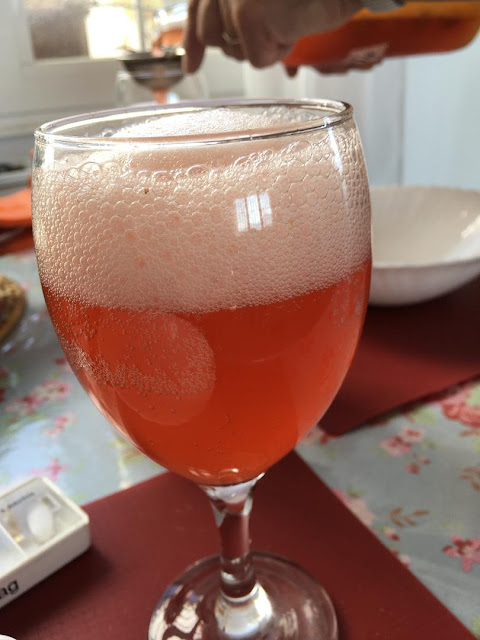 Last but not least, I found this interesting photo of a hand sculpted out of a tree. It is called The Giant Hand of Vyrnwy. Sculptured by Simon O'Rourke. 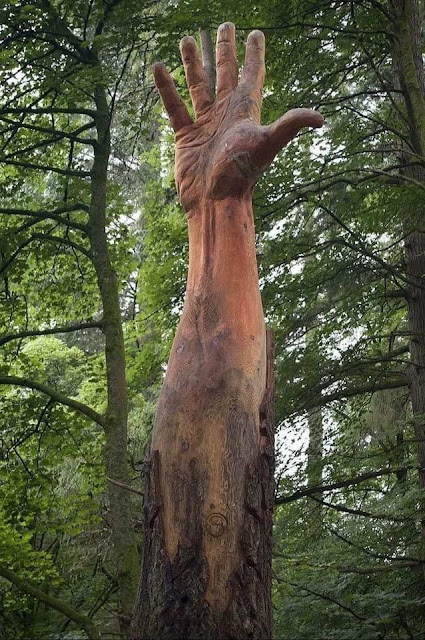 I found this bit of information on the BBC Wales website:

The remnants of the UK's tallest tree, which was felled after being damaged in a storm, has been transformed into a carving of a giant hand.

Artist Simon O'Rourke, 33, from Wrexham, used a chainsaw to carve the top of the stump, and modelled the sculpture on his own hand. 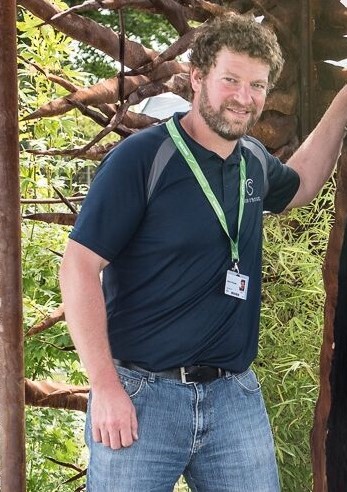 Scaffolding was erected around the "blank canvas" tree trunk last month and the project took a week to complete. 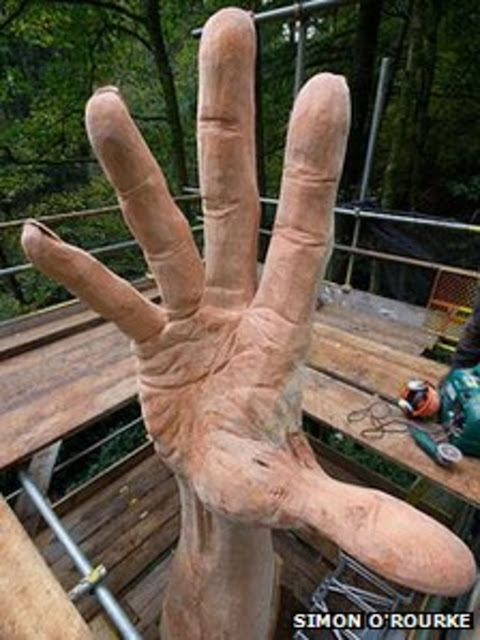 "The Forestry Commission, who are looking after the area, decided that it would be a good idea to have a memorial to the tree and left a 50ft stem when they felled it," said Mr O'Rourke, who has called his work the Giant Hand of Vyrnwy.

"They invited eight artists to tender for the job and I got it."

He said the hand carving was in an area of the estate known as The Giants of Vyrnwy, and the location had inspired him.

I found that very interesting. I love trees, having grown up in a country with very few trees (only newly planted).

That is all from me today,

Happy T-Day all and have a good rest of the week.