Hello peeps,
How are you all? Here I am with another blog post from the cave. It's cold and stormy outside and snow is predicted during the coming night. But we have a log fire burning and feel very safe and cosy in our cave house.

Lets start with showing you some postcards. I received this one from the Ukraine: 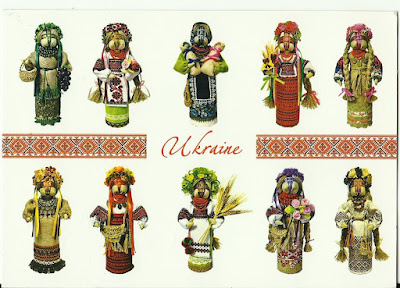 They are traditional folk dolls called 'motanka'.
This is the info I found on these dolls:
The motanka doll is one of the most ancient handmade items in Ukrainian household. Initially fashioned as a domestic symbol of fertility and household guardians, these dolls played an important role in the everyday life of Ukrainians in the old days. While still in use today, the tradition has become more concerned with style and décor than anything ritualistic.
The main peculiarity of the doll is that it should be faceless, often with cross on head. It used to be made of any pieces of fabric that could be found at home. Craftsmen draw no faces (no eyes, nose, mouth) to let small children develop their imagination and think of the doll`s emotions while playing with the doll. According to the ancient popular beliefs, the face inspired a soul in a doll. The soul can be good or bad, so it was safer not to give a soul to the doll at all than to risk giving a bad one. Ukrainians used to believe that the doll would take away the illness from children. It was also believed that motanka protects the house from evil spirits and ghosts.

Here are a few close-up photos I found online: 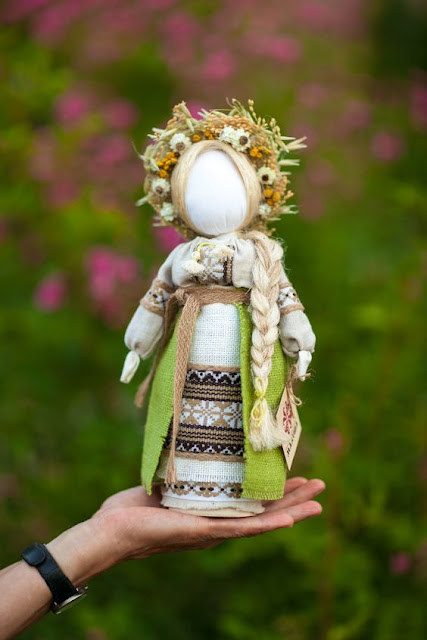 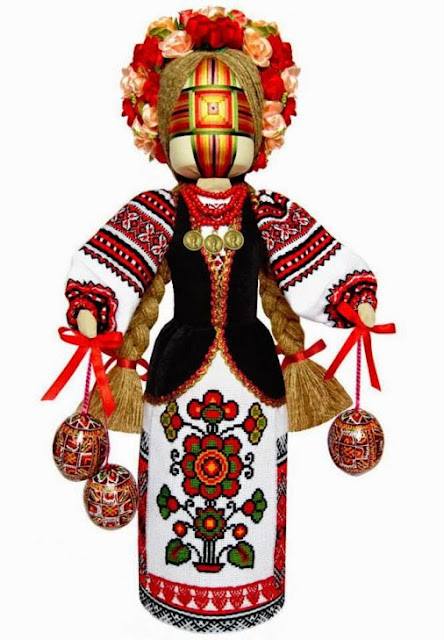 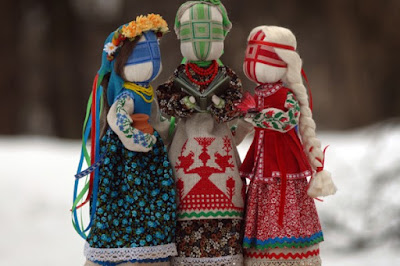 I can see these becoming collectors items. They are very pretty, don't you think?

And this is the Ukrainian stamp. The image is of an olive leaf plus a few olives.

My next card is royalty, (looking very bored). It comes from Russia and is in fact the future emperor Nicholas II with  his bride Alice of Hesse in 1894. 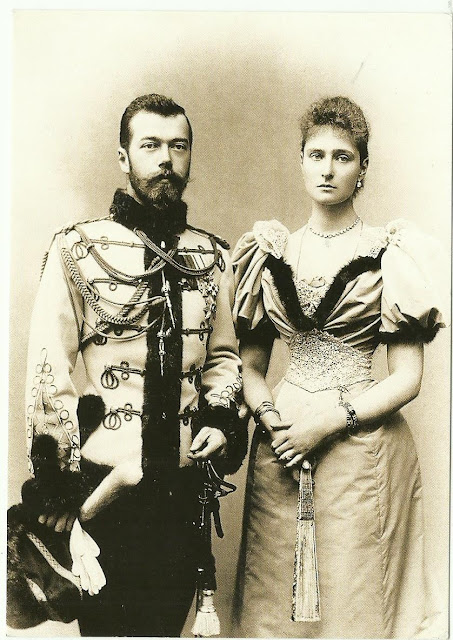 Just look at her waist. That must have been a very tight corset!

The stamps are lovely. The one on the right is a 'Happy New Year' wish from the Kremlin in Moscow.  And the left one is about the World Exhibition of Postal Stamps in St Petersburg in 2007. As for me, I think it looks like a Blue Peter Badge (the Brits among us will know what I mean).

Last week I told you I was on a diet. So you will be expecting a glass of water. Well, I must confess I have been naughty last week. We went out for lunch and I had a glass of white wine. 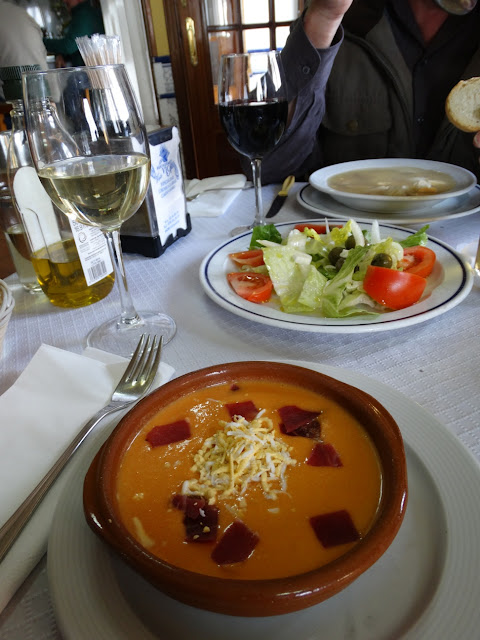 The soup is a cold soup called salmorejo. The little bits you can see are Serrano ham, with shredded boiled egg in the middle. Hubby is having chicken soup.
Needless to say I didn't lose any weight this week....

Now, I have been scrapboking again. This is what I made: 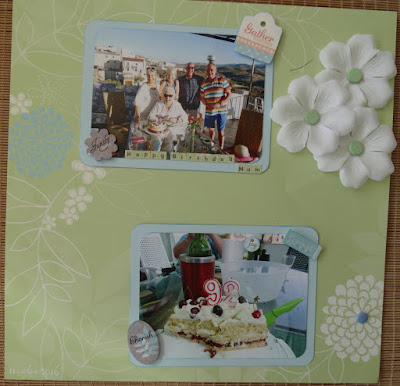 This was my mum's 92nd birthday. And below is a photo of me and my mum having tea. 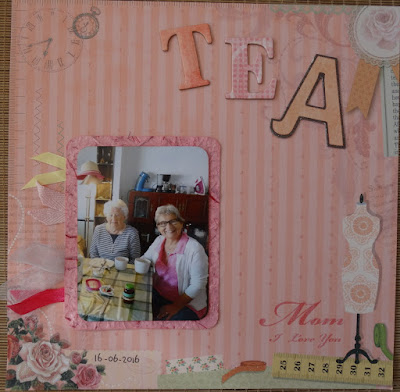 Both my naughty glas of wine and the above photo will qualify me to join the T-party organised by Elizabeth and Bluebeard at Alteredbooklover.
I hope to see you all there!

Have a good week,