This blog post is photo heavy as I wanted to show you some more photos of Rotterdam, show you a lovely meal that I had and of course show you my postcard for today.

So here goes:
This is a typical street in Rotterdam called a 'singel' because it has a canal in the middle. This one is called the Heemraadsingel. 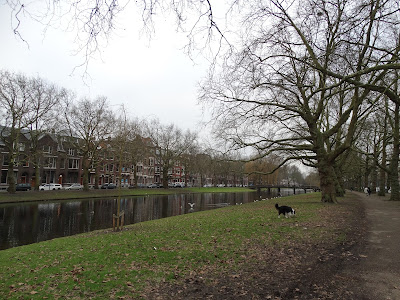 There are some beautiful houses along here. I just love this type of architecture from the 1920s (more or less). 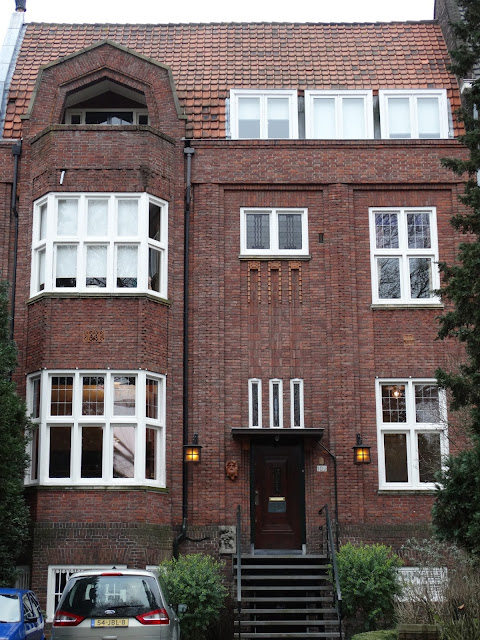 Here is an example of front doors. The two houses will be the mirror image of each other. 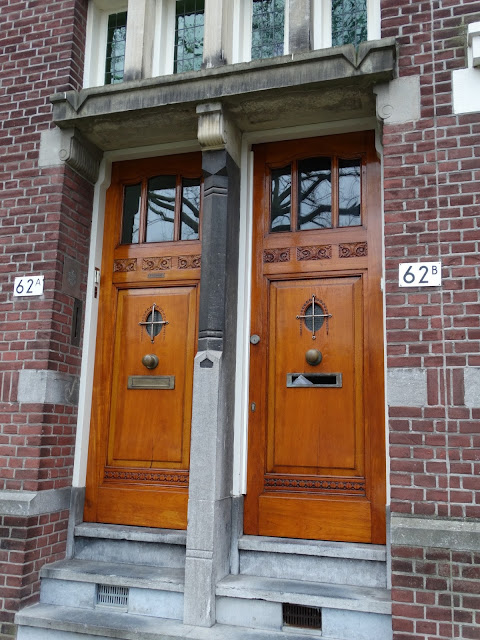 This is a street without a canal. It has similar type houses. This is a corner house. 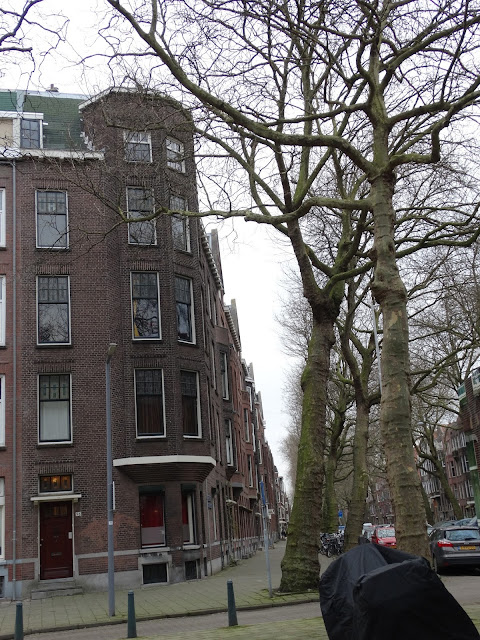 This, would you believe it, is a school. Luckily there are preservation rules in Holland that special architectural features like tiles and stained glass windows etc have to be kept when modernising buildings. 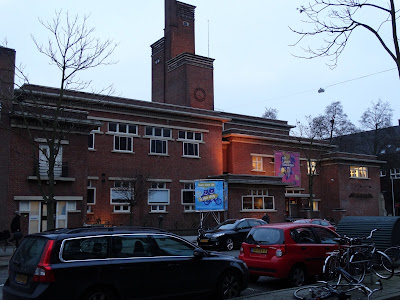 When I took these pictures I was on my way to the station to catch a train, so I did not have time to focus on details and try out that awesome zoom on this new camera.

I was on my way to Leiden (another town in Holland) to have dinner with my sister and my cousin. I have mentioned this before on a previous blog post but I did not show you what we had for dinner. And as we are having a T-party at Altered Book Lover hosted by Elizabeth and Bluebeard, I must show you something with a drink in it: 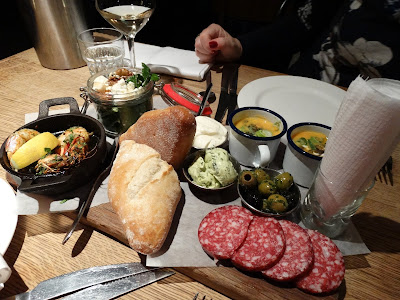 This was the entree. There were three of us but we ordered an entree for two as we thought it would be more than enough (which it was). It was absolutely delicious. There was soup, bread plus garlic butter and cheese, olives and salami, then a salad in a jar and a dish of king prawns. 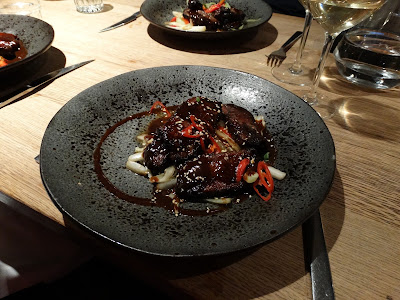 Our main was some sort of oriental pork. My cousin asked for a side dish of potato chips, and this is how it arrived: 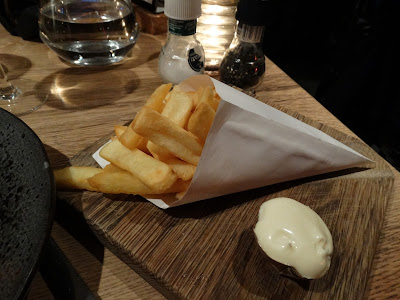 In a bag, on a wooden plate with a dollop of mayonnaise!
We didn't fancy desserts but ordered coffees: 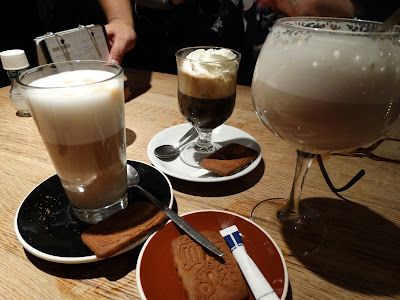 Mine (on the right) was a chai latte which I had already started drinking (lest you think I only got half a glass), my sister had an Irish coffee (in the middle) which has Irish whiskey in it , and my cousin had a frappocino or a lattecino or something like that (Milky coffee with a frothy head I would call it). The biscuits are typical Dutch spice biscuits called 'spekulaas'.

Now for my card. It arrived this morning from Germany from someone called Regina. She writes the heading in Dutch, then one line in German, then two in Spanish, the salutation in Dutch and 'Happy Postcrossing' in English. What fun! 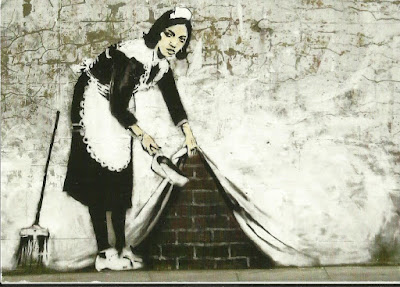 I love the card. I put in my profile that I like black and white cards, but I wonder if she knew that I really like street art? It doesn't say on the card who the artist is but I think it could be a Banksy. It certainly is his style.
The stamps are nice too:

The flowers are normal German stamps and I have seen them before.. But the light house series is really beautiful. I think light houses are becoming obsolete with all the satellite technology, so it is great that people make an effort to keep light houses in peoples minds.

Happy T-Day to all,
Have a good week,
Keep smiling,
LIsca