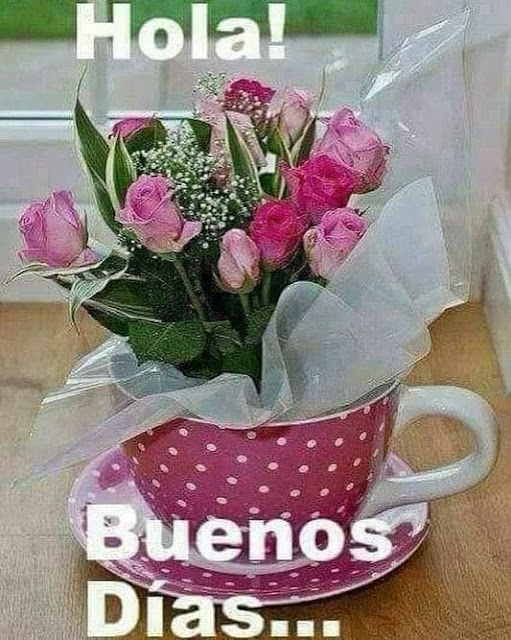 Good morning lovely ladies! I hope you are all well. I found this lovely image on the internet. Tulips and roses in a large cup. Yes, I know, some people would rather have coffee in their cup....
Let's start with my postcard: 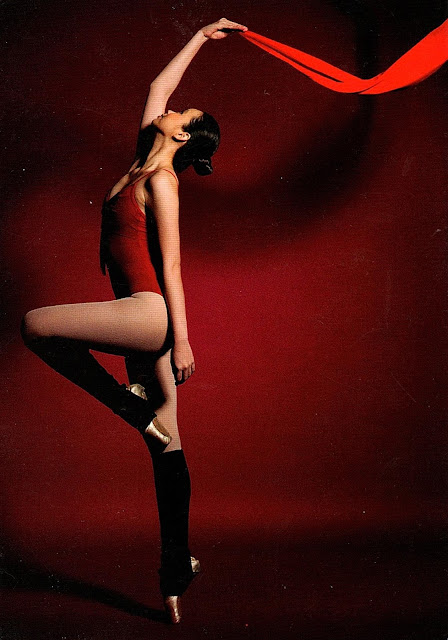 This one comes from Russia. It was sent to me by Katya, who is a programmer in Kirov. The photo of the ballerina is entitled Flag of Red by Bonita Suraputra. I googled Bonita and she is a photographer in Singapore.
The stamps are stunning. The one on the left is a wildcat.

The European wildcat (Felis silvestris) is a wildcat species native to continental Europe, Scotland, Turkey and the Caucasus.[4] It inhabits forests from the Iberian Peninsula, Italy, Central and Eastern Europe to the Caucasus. It has been extirpated in England and Wales.[3]

In France and Italy, the European wildcat is predominantly nocturnal, but also active in the daytime when undisturbed by human activities. 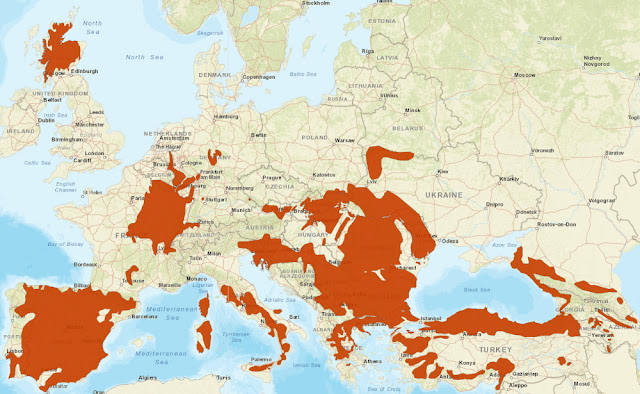 (BhagyaMani - Own work based on: Yamaguchi, N.; Kitchener, A.; Driscoll, C. & Nussberger, B. (2015). "Felis silvestris". The IUCN Red List of Threatened Species 2015: e.T60354712A50652361)
There are quite a lot of wildcats in here in Spain and also a declining number of lynxes I have been told.
At the end of September, hubby and I went on a little trip. I have already shown you the photos from the Caminito del Rey in last week's post. Today I will show you the photos from this quaint village, called  Setenil de las Bodegas. It is built under the rocks. 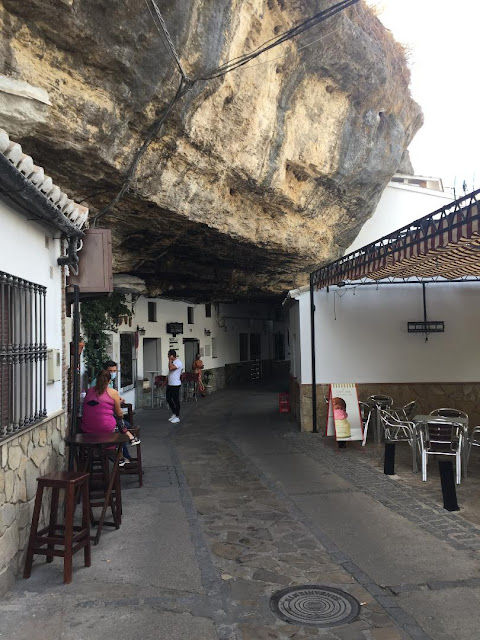 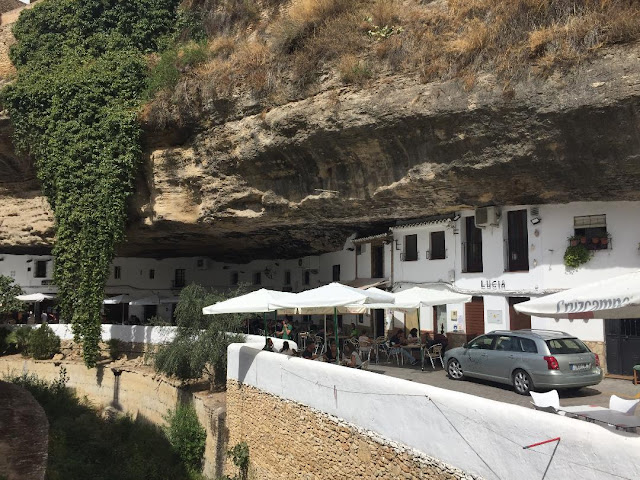 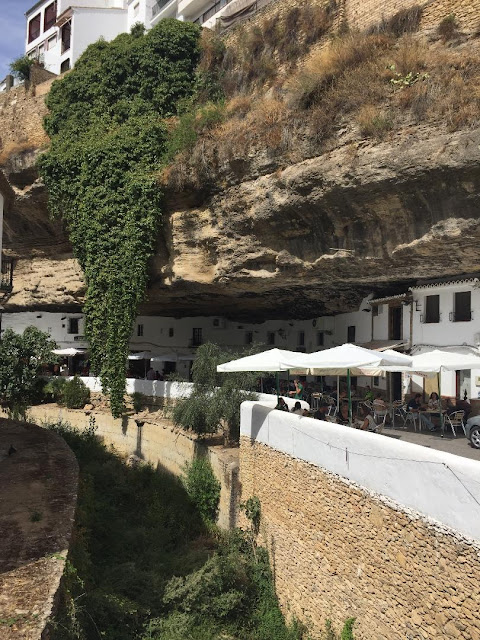 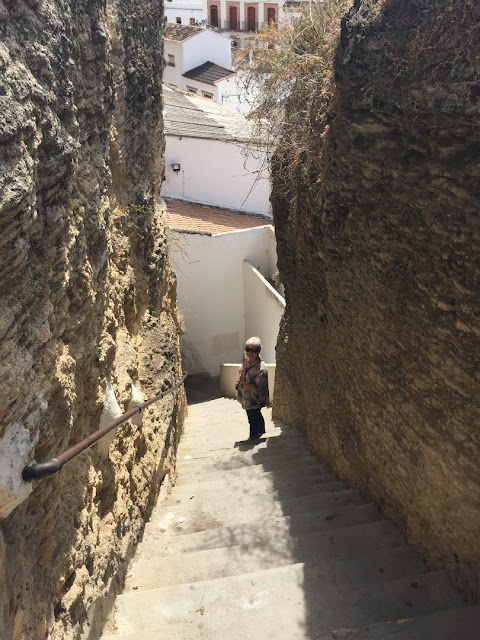 As today is Tuesday, I'm going to join the T-Party, hosted by Elizabeth and Bluebeard. My drink is a home made raspberry kombucha. On Sunday's there is a car boot sale in the nearby town. It was started ten years ago by the English ex-pats, and has grown into a large 'rastro ingles'. There is a lady that makes pies and sells them in the market on Sundays. Hubby went to get one for our sunday dinner. This one is chicken and mushroom. Very nice indeed. (With chips cooked in the air fryer) 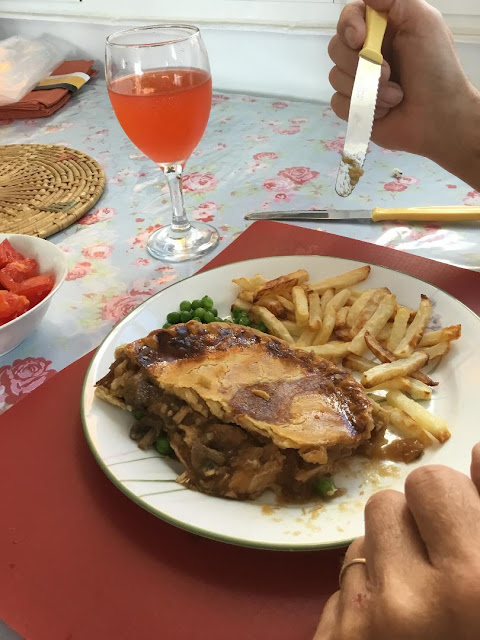 Saturday evening I made tortillas using my new(ish) tortilla press. They turned out perfect. 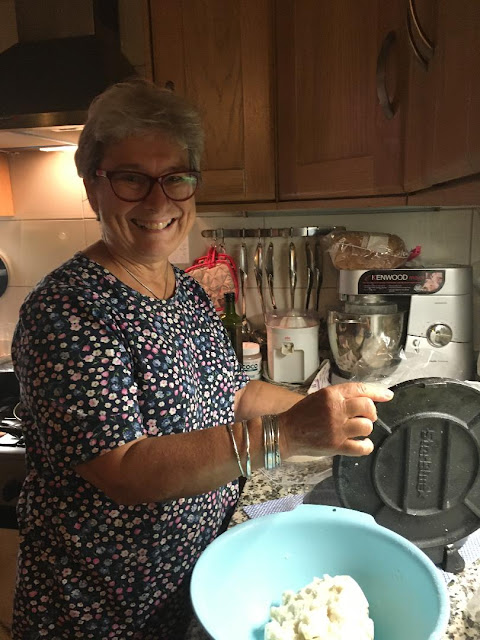 My mexican friend made us some chilli sauce. 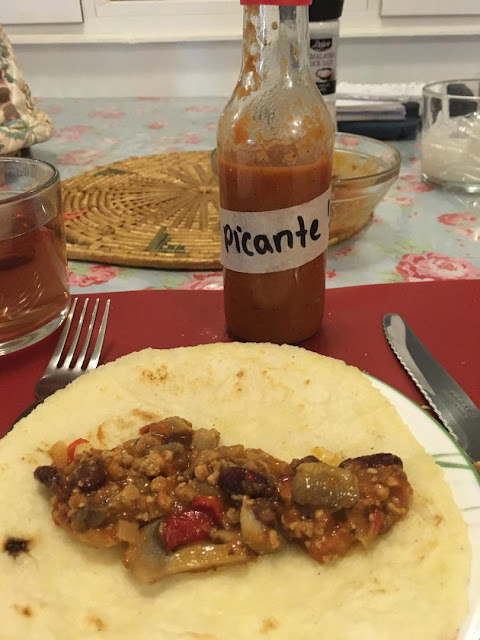 The weather here is still warm and sunny. But winter will come soon and hubby is preparing the fire wood. Our only source of heating is our stove, so we like to get plenty of wood. We have nice logs, but it is also handy to have smaller bits. This is our pile of 'bits'. 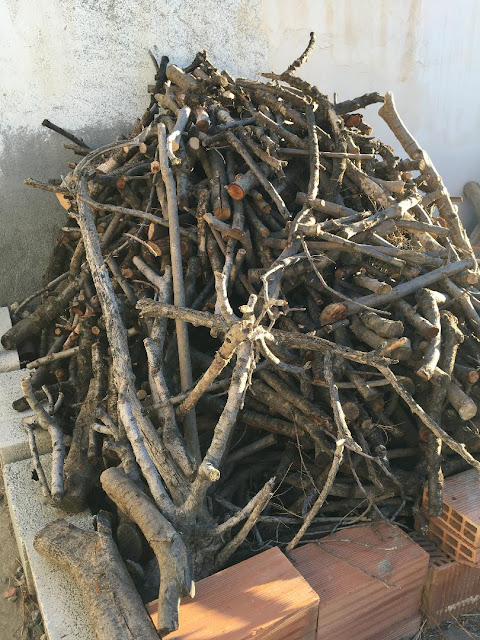 Of course that doesn't fit in the stove, so  they have to be chopped into smaller pieces. Hubby spends an hour every evening to get through this pile. 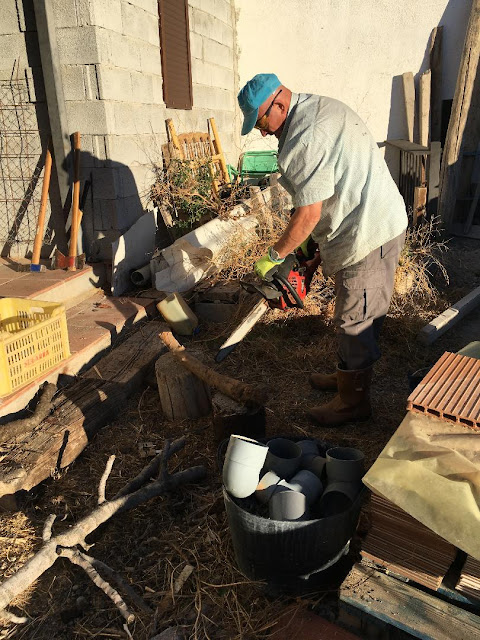