Hello lovely girls, it's Friday again and time to share what made us smile this week. Of course I will share a postcard with you as there were a few that landed in my mailbox.
This card came from the Netherlands, in fact it comes from a place called Soest, right in the centre of the Netherlands. It was sent to me by Maruscha, who works for Museum Soest and is a card designer. The image on the card she sent me is actually fussy cut! Can you imagine cutting all those windows? 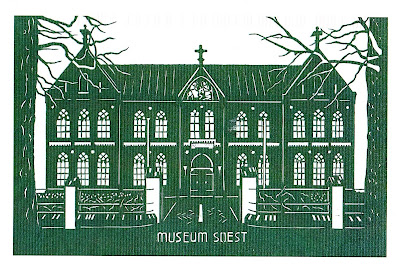 The museum has all sorts of exhibitions, some about the history of the area, some of work by local artists.
The building used to be a convent (St Josef's convent) where the nuns looked after the elderly and also ran a school for girls and in the evening taught sewing. By 1965 the elderly were being looked after by social services and there were very few nuns left, so the place closed. 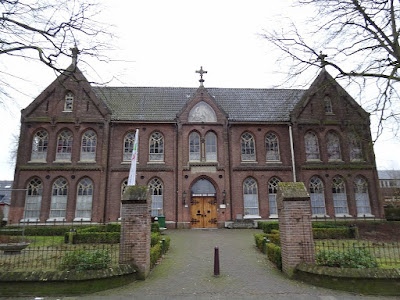 The stamp on the card is very interesting. I hadn't seen it. It's about Jan Janssonius. 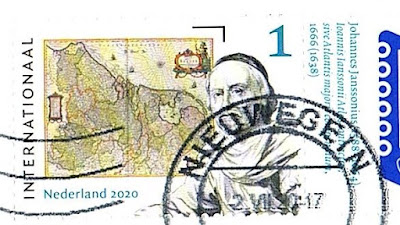 Johannes Janssonius was a Dutch cartographer and publisher who lived and worked in Amsterdam in the 17th century.

So, what has happened this week. What were the highlights in my week?

Last Friday morning I went for a long walk with my friend. We came past a lavender field being harvested. We asked the tractor man if we could pick a bunch of lavender and he said yes, so that was lovely. I love the smell. I am always amazed by the size of the thistles that grow here! So I had to pose next to one.
In the evening we went to eat at our friends' house and (as they are Mexican) she cooked 'nachos' among other things. Yummy! 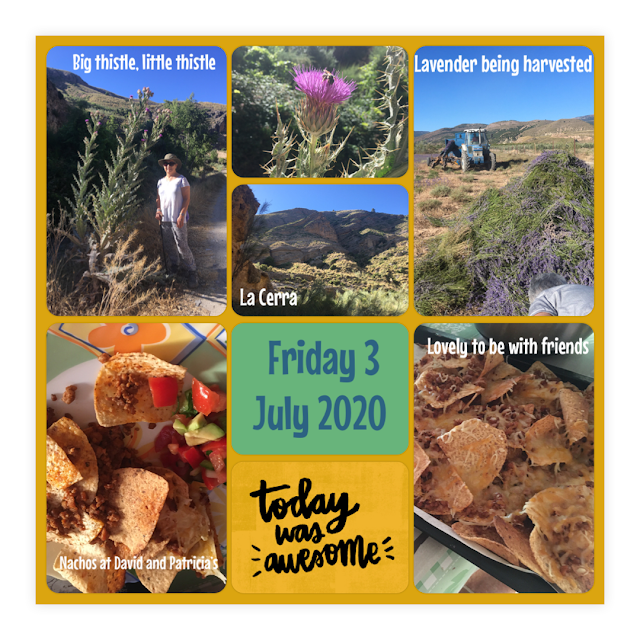 We opened our first bottle of kombucha with a second fermentation. It was raspberry and was absolutely delicious with the right amount of fizz. Delicious! 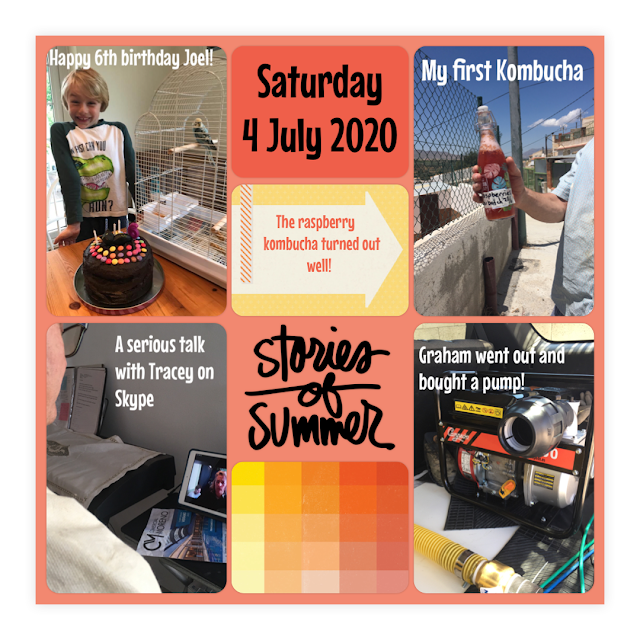 Hubby had bought a pump on Saturday and on Sunday it needed to be used. He does not like to work on the Lord's day but the irrigation system people have allocated Sunday as the day we would be able to access water, so water was pumped into a reservoir and from there to a higher reservoir. Needless to say hubby is 'pleased as Punch' with his new pump (the expression we use is 'chuffed to goolies' which won't mean anything to those outside the UK). 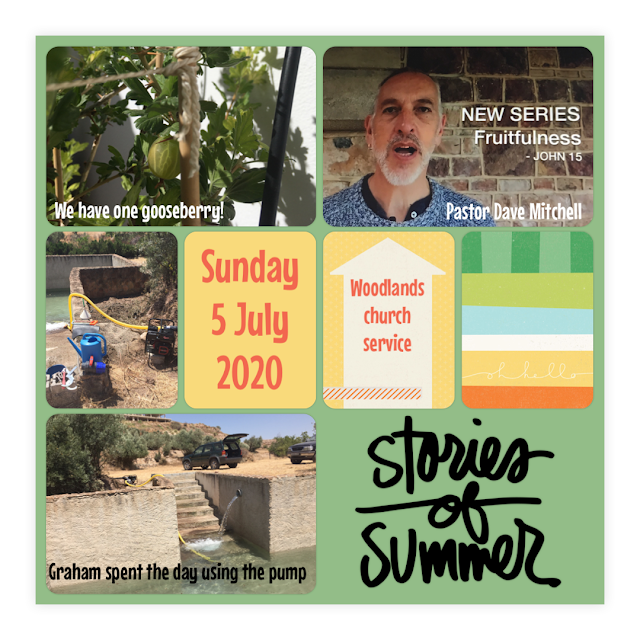 On Monday another walk. This time among the olive plantations. Hubby bought two water containers. They are 1 m cubed, so they contain 1000 litres. 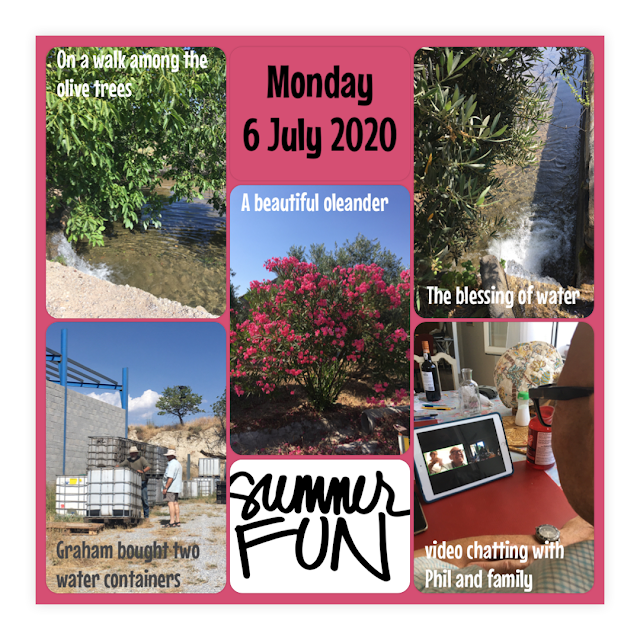 On Tuesday I went to the market while hubby spent almost the whole day cleaning the containers, as they were second hand and had had oil in them. He wants to use them for irrigation water. 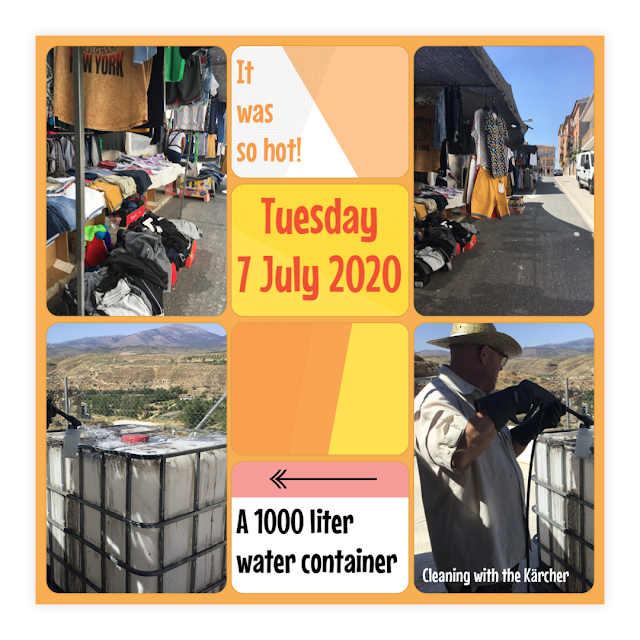 Wednesday was one of those 'potter' days, where you sort of potter about the house doing all sorts of things that need doing. I managed to frame my jigsaw puzzle. Hubby will hang it up soon. 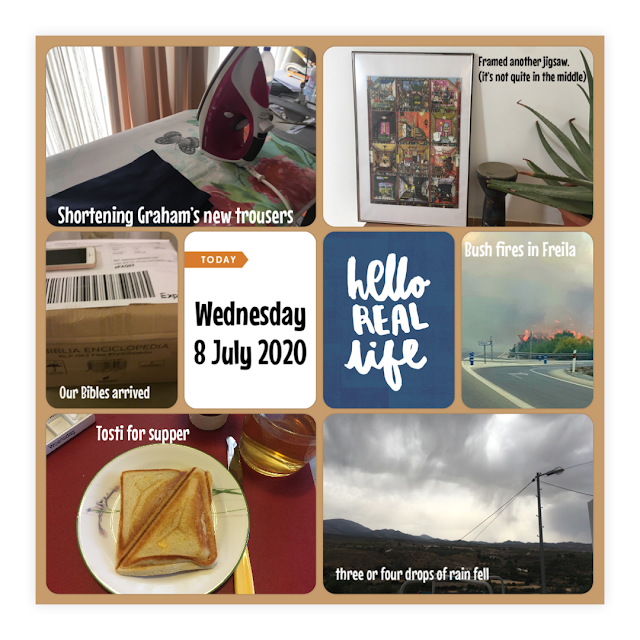 Thursday we went into town to the optician (on the scooter for easy parking). We stopped for coffee too. I really missed not being able to do that during the lockdown. 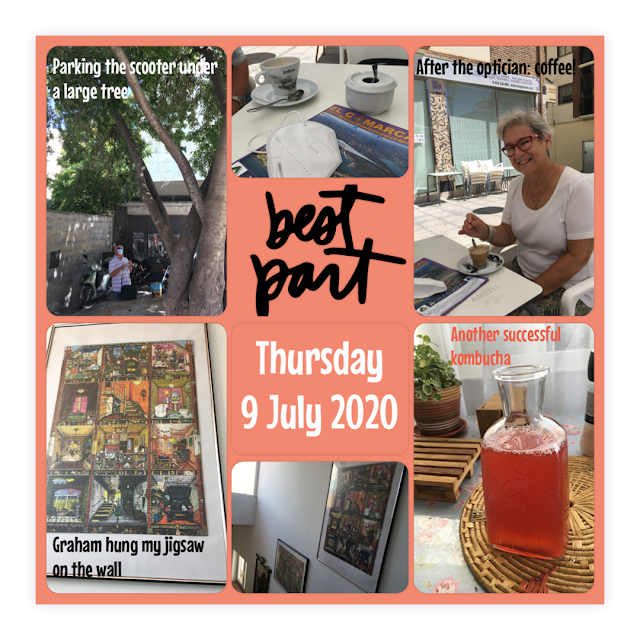 The jigsaw I have hung up is by one of my favorite artists Colin Thompson. This particular one is called the Higgledy Piggledy House.  Here is a better image for you to see: 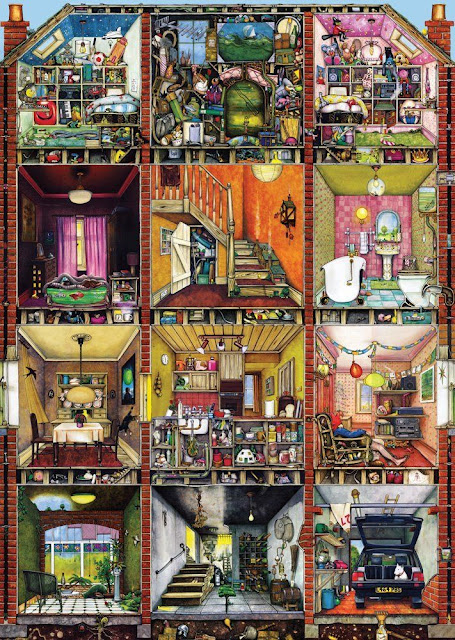 He also has one called The Craft cupboard, which is on my wish list: 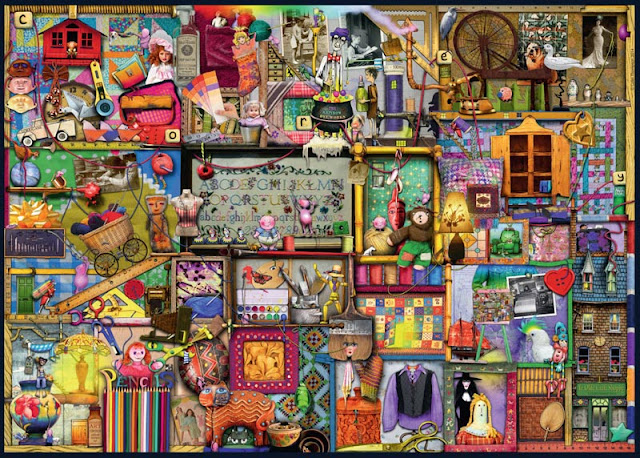 That is all from me today. As usual I have put some funnies at the end. I have included some posters. It seems people have been amusing themselves by posting stupid and funny posters in their neighbourhood.  Some are funny, and some are a bit 'lame', or silly. Oh well, judge for yourself.

I'm going to join Annie at A Stitch In Time and I'll also visit Virginia at Rocking Your World Friday.

Have a great weekend and a good week following that.
Stay safe,
Hugs,
Lisca 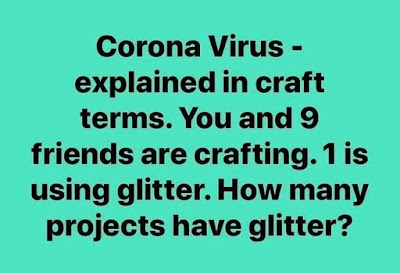 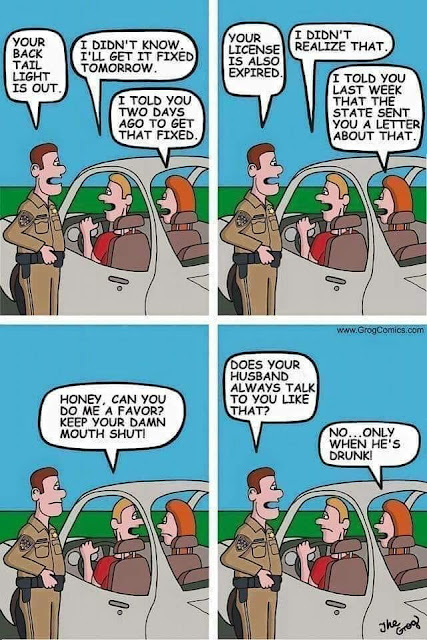 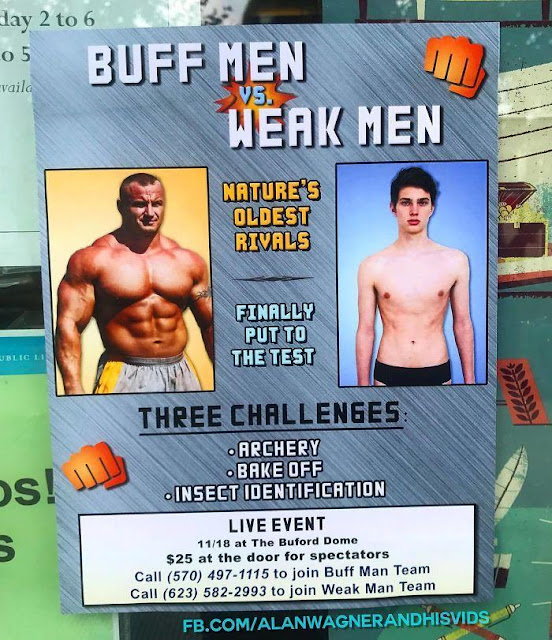 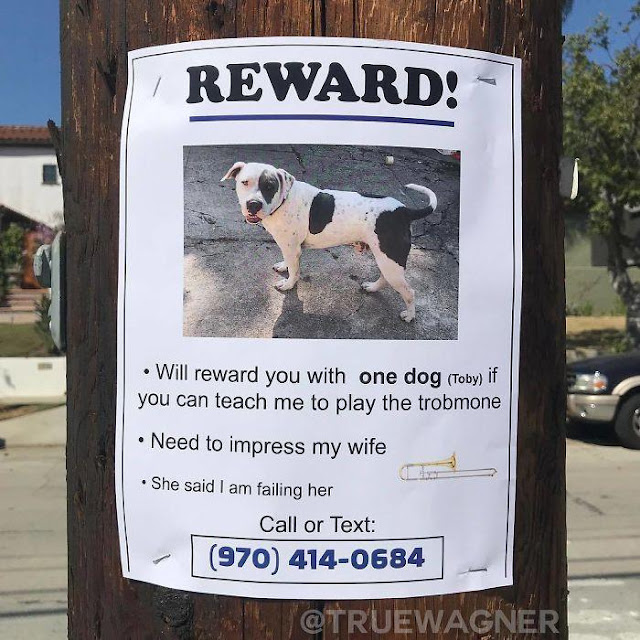 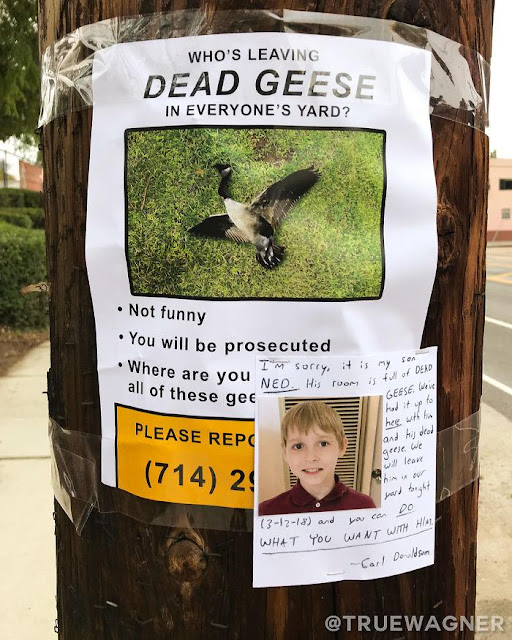 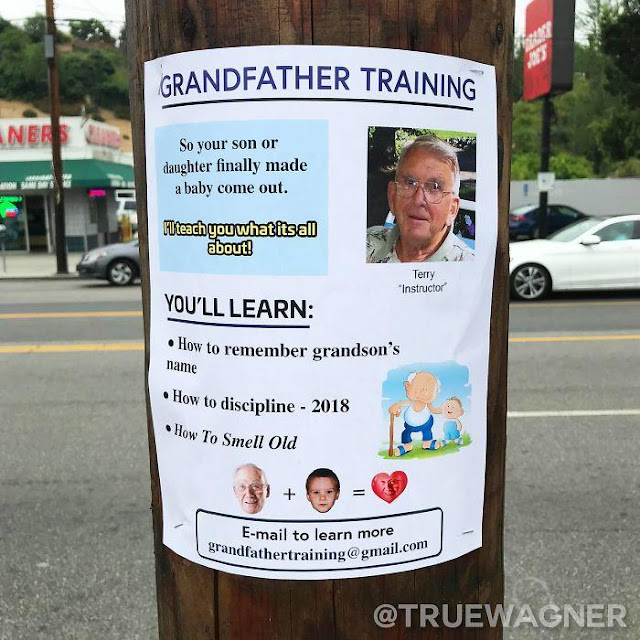 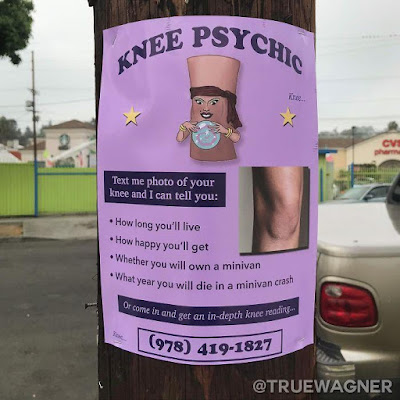 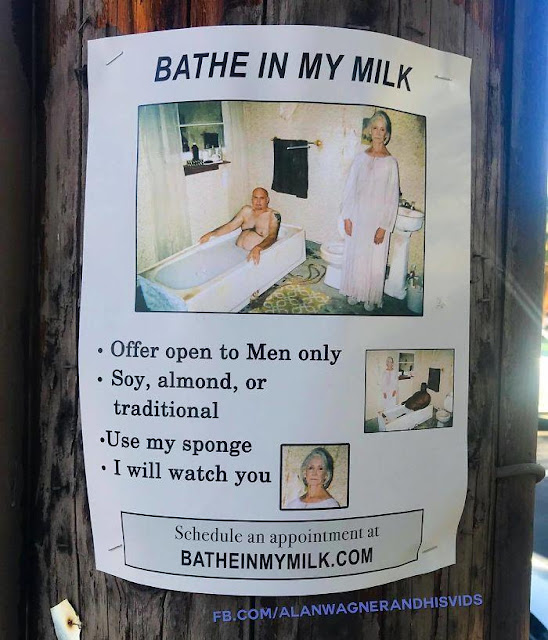 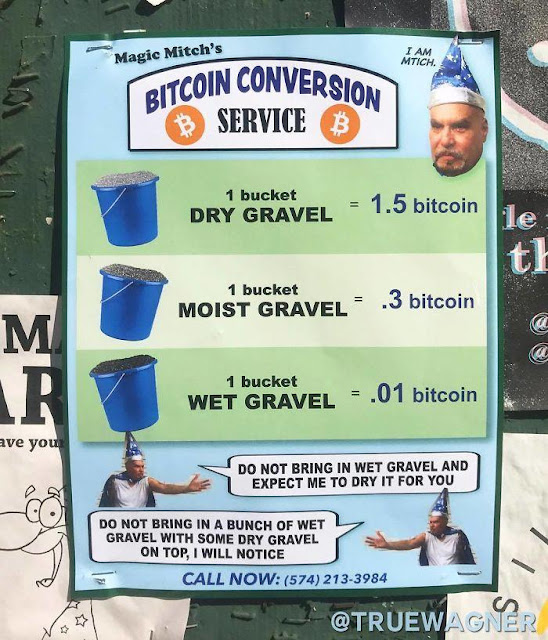 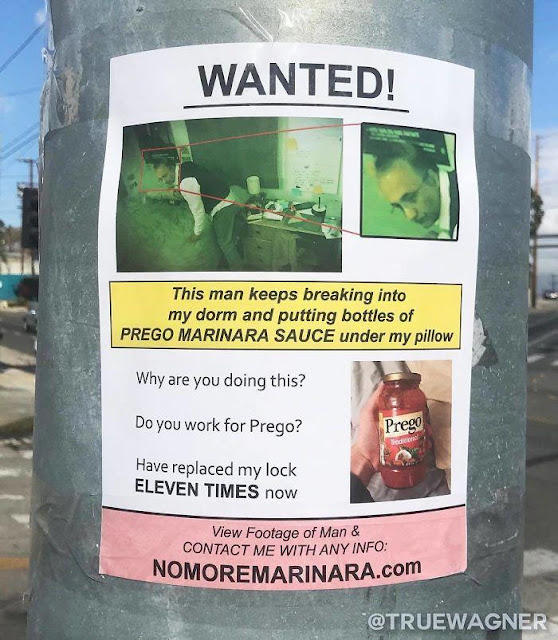 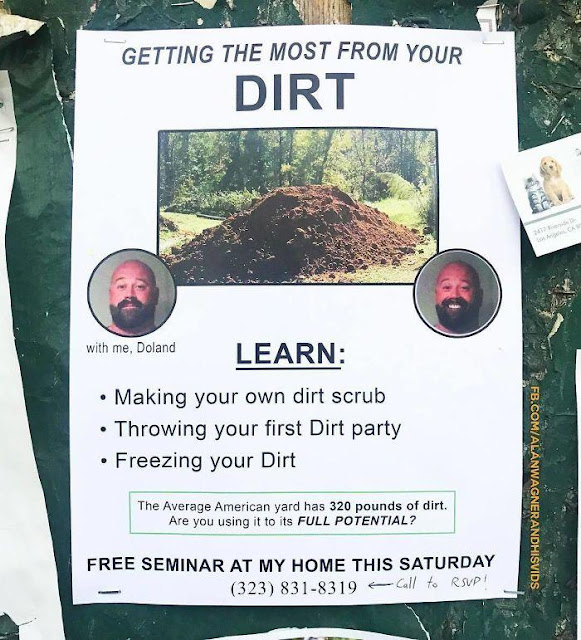 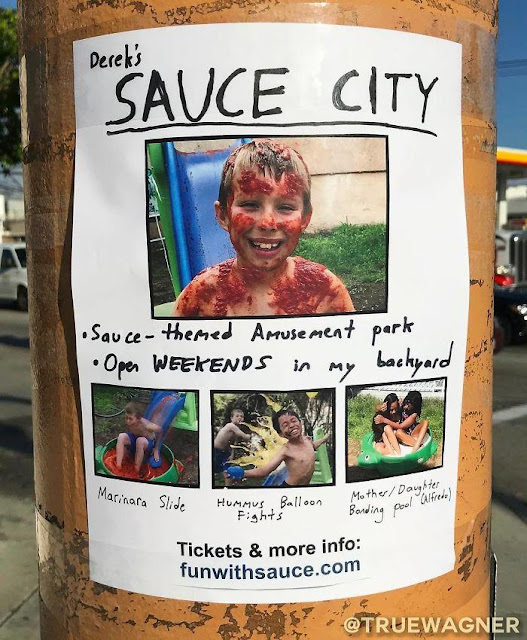 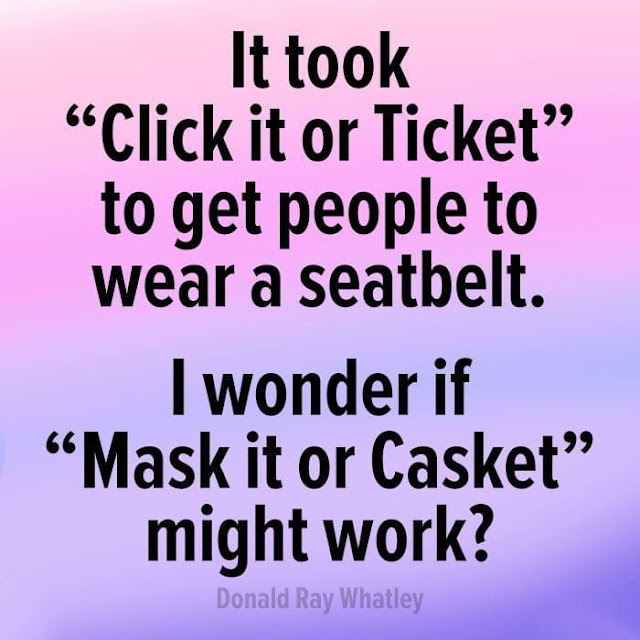 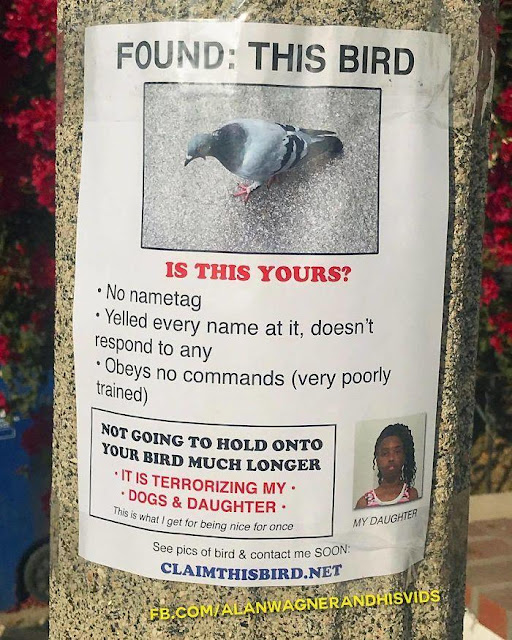