Hello lovely ladies, here we are again on Tuesday.

My blog is about postcards, so here we go: 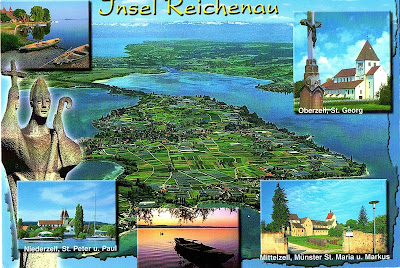 This first postcard is from Germany and it features and island: Insel Reichenau. The monastic island of Reichenau is a UNESCO World Heritage Site. It is an island on Lake Constance and it preserves the traces of the Benedictine monastery, founded in 724, which exercised remarkable spiritual, intellectual and artistic influence. The churches of St Mary and Marcus, St Peter and St Paul, and St George, mainly built between the 9th and 11th centuries, provide a panorama of early medieval monastic architecture in central Europe. Their wall paintings bear witness to impressive artistic activity.
The stamps are pretty. The one on the right is about Heimz Sielmann, a wildlife photographer and film maker. 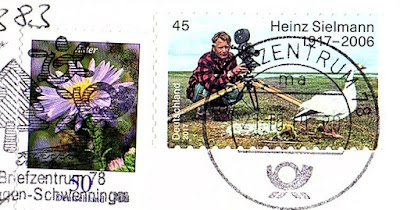 The second postcard comes from the UK. You can see the spines of the Penguin Poetry Series, 1963. Majority by Stephen Russ. 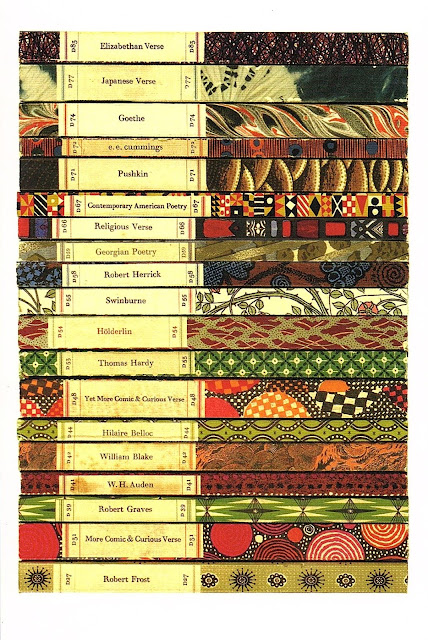 I've had an unremarkable week and a fantastic weekend. I went to a Christian
Women's Conference in Fuengirola (south coast Spain). I had to travel to Granada first where I would meet some friends, so we could travel together.
We decided hubby would drive me to Granada (about an hour and a half by car) and we would have lunch somewhere.
On Friday it was our anniversary. We officially got married in August before the magistrate, but then we had a church blessing in November as we had to wait until my parents , who were in New Zealand on holiday, had come back. That was the 'big do' and that date we like to celebrate as our anniversary. It is 27 years now. 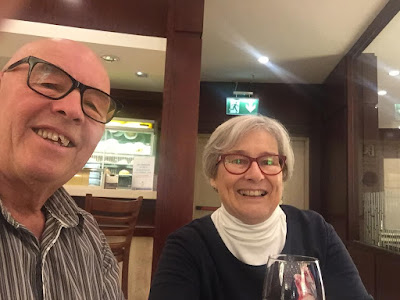 This is my qualifier for the T-Party. A lovely glass of red wine. 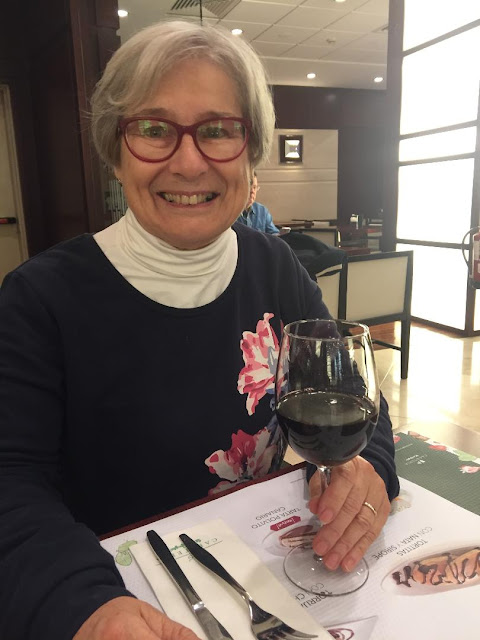 The conference was in Fuengirola, 160 km further down. One of the girls had organized a so called Bla Bla car, which is a bit like Über but for longer distances. The young man that drove us dropped us off at the hotel. The conference was actually in the same hotel we were staying at. 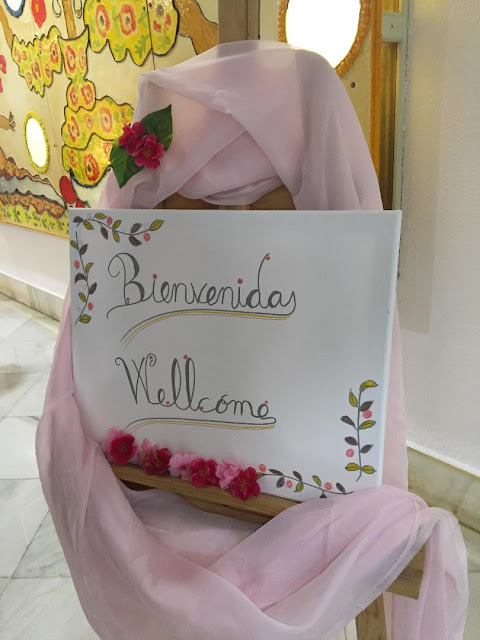 There was the registration 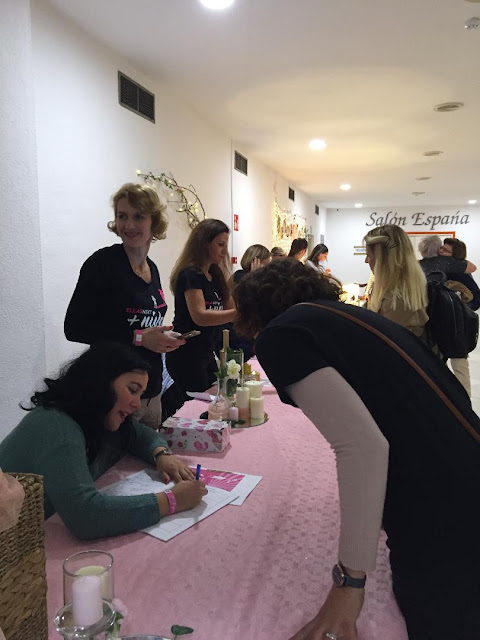 And then we could have our nails done while we waited for everyone to be registered. 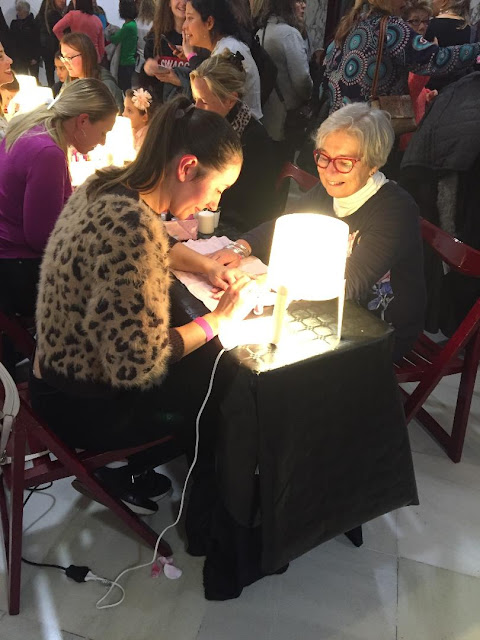 The church that organised it is called Next. 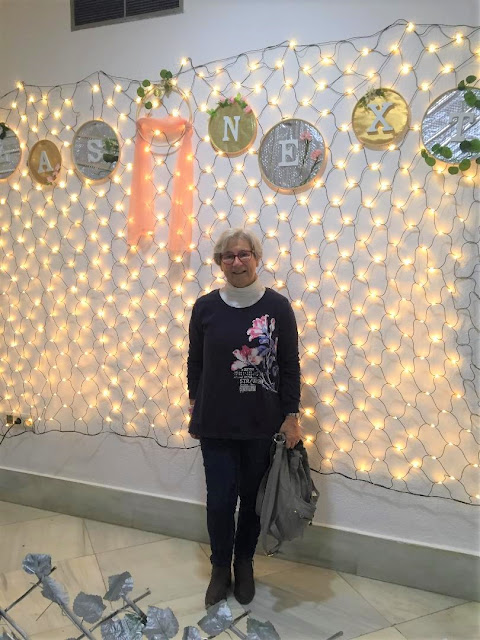 There were good speakers 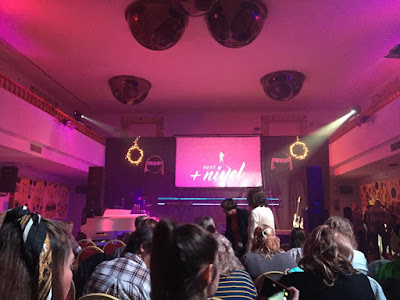 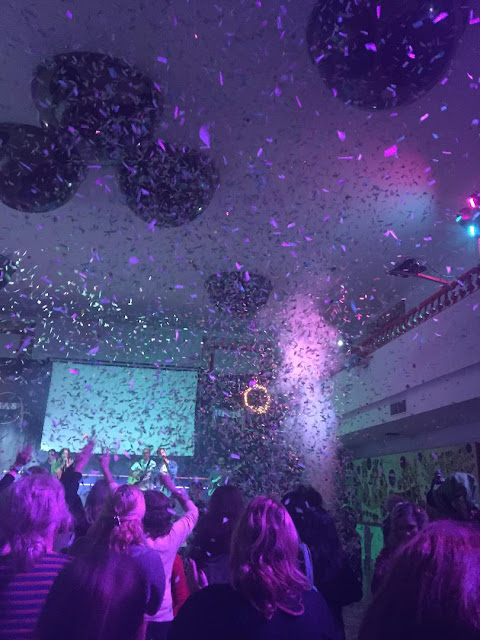 We had a great time. More photos next week.