Hello lovely people,
I have a sneaky feeling this is going to be a long and photo-filled blog post today. There is just so much I'd like to share with you! I have interesting postcards, beautiful stamps and photos from our walk/climb to the castle in Jaen.

First off is a postcard I received from China. It was sent by Kirilenko, who is a geology student. She says the card shows a recipe of  "shrimp ravioli". 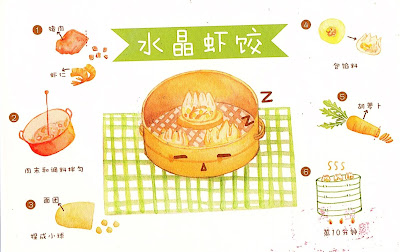 I think we call them ' shrimp won-tons'. 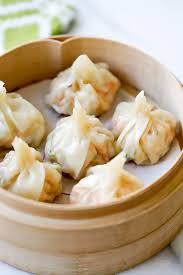 The stamps are beautiful. On the left is the 2016 Expo and the two on the right are from the series of Chines filial piety. Now that is a mouth full and I had no idea what that was:

Filial piety is considered a key virtue in Chinese and other East Asian cultures, and it is the main subject of many stories. It  is central to Confucian role ethics.
In more general terms, filial piety means to be good to one's parents; to take care of one's parents; to engage in good conduct not just towards parents but also outside the home so as to bring a good name to one's parents and ancestors; to show love, respect and support; display courtesy; to ensure male heirs, uphold fraternity among brothers; wisely advise one's parents, including dissuading them from moral unrighteousness; display sorrow for their sickness and death; to bury them and carry out sacrifices after their death.

The second card comes from Singapore and pictures the ball room at the old Raffles hotel. 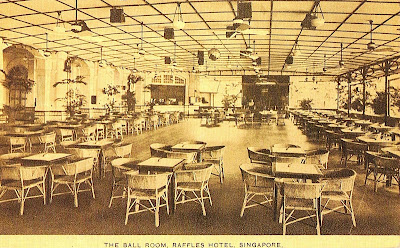 Raffles Hotel is a colonial-style luxury hotel in Singapore. It was established by Armenian hoteliers, the Sarkies Brothers, in 1887. The hotel was named after British statesman Sir Thomas Stamford Raffles, the founder of Singapore. 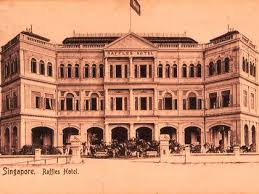 It still exists today and has been refurbished this year:
The hotel reopened its doors today (Aug 1, 2019) after a two-year revamp, which saw the 132-year-old grand dame given a fresh coat of paint and new white marble flooring in its interior. The air-conditioning system also underwent an upgrade.
The last restoration done to the hotel was from 1989 to 1991.

And this is what the ball room looks like today. 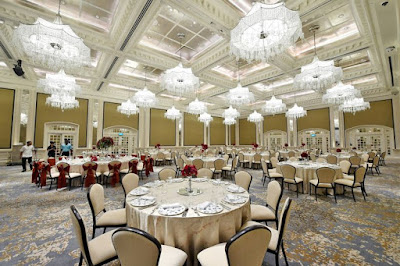 The stamps are lovely. On the right is the Christmas log and on the left is a man sitting at a table. (No idea what that is all about) 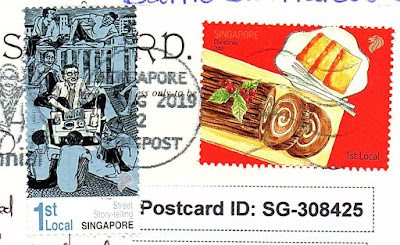 Now, lets have a look at my photos from the walk up to the cross. (see last week). 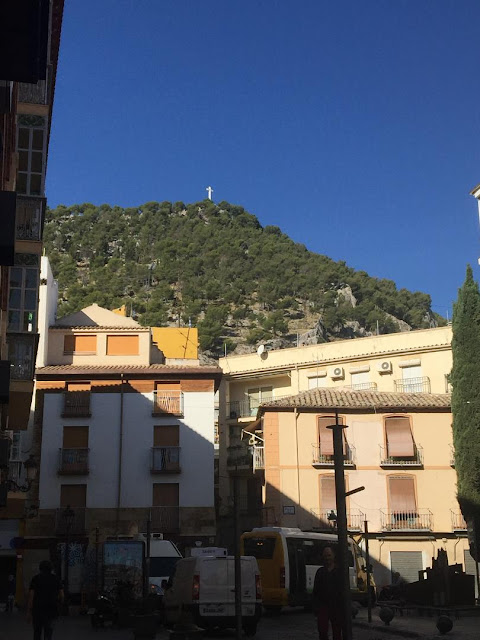 So, we finally made it all the way to the top, and we found a beautiful castle, which was open to the public. This kind chappie sold us our tickets (1.50 Eur each) and then came out of his booth and explained a few things to us and showed us which way to go first. His English was not very good, so I translated for the other two couples that were there too. 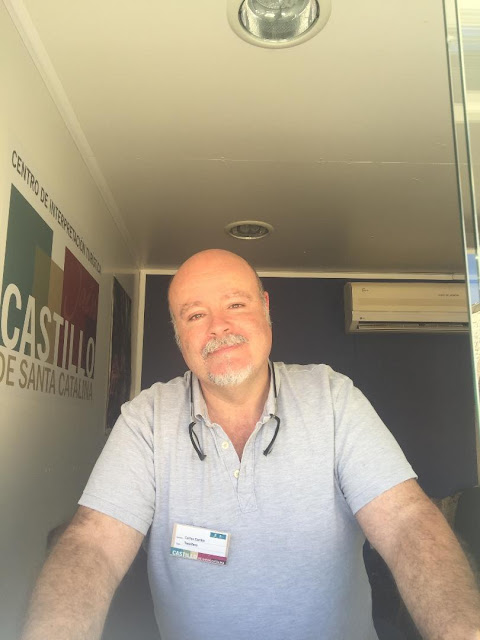 There were several rooms to visit and each had exhibits and/or video presentations about the history. 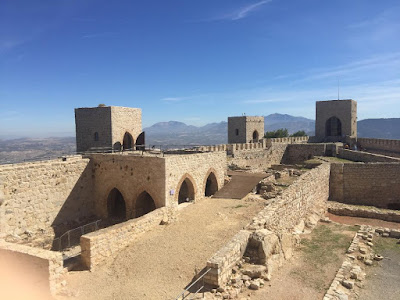 This was the ceiling of one of the rooms. 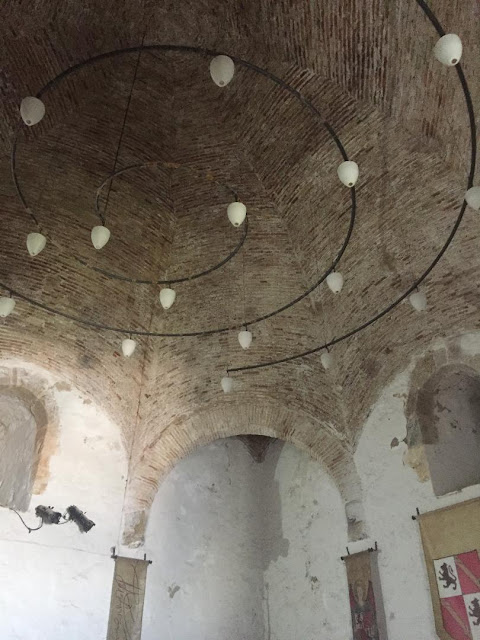 The cross that we had seen from below is behind the furthest tower. 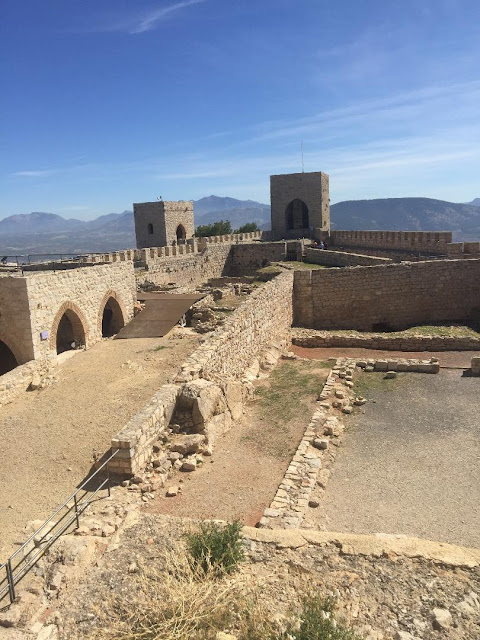 Here we can see it. Fortunately there was a path to the cross. 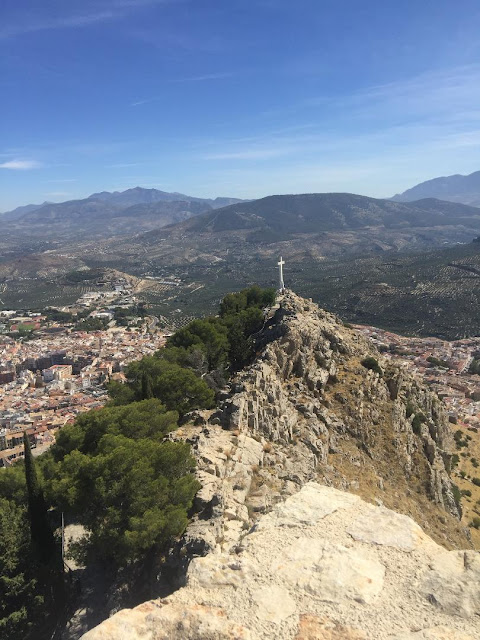 And the views were spectacular! 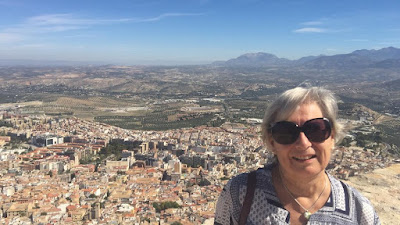 We actually made it all the way to the cross, but some other people were there at the same time as us, and the platform is only small, so I couldn't take any pictures without capturing the other people as well. 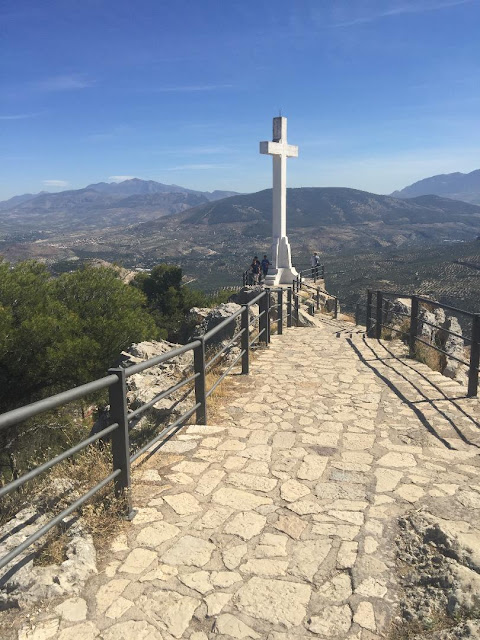 The path back from the cross took us along the side of the castle. 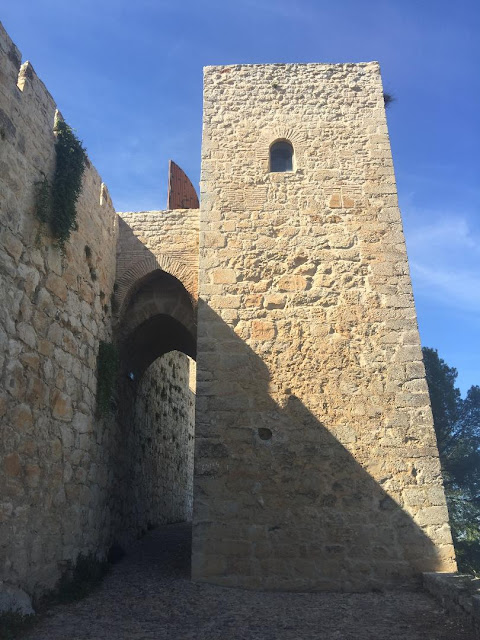 Lovely little walkways (in the shade). 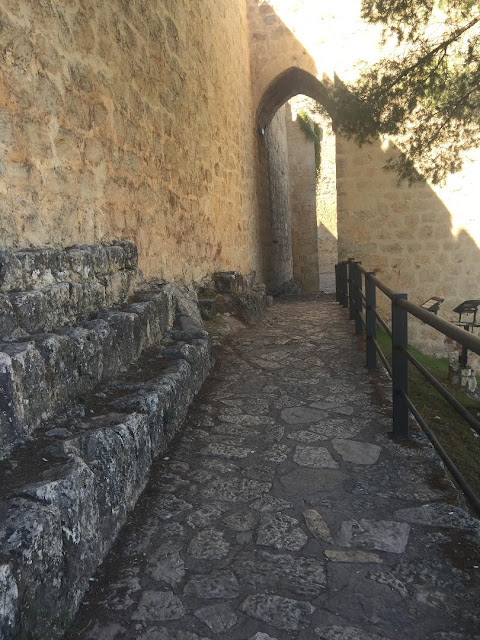 That was our day in Jaen.
And as it is T-Day today, I need a qualifier to join the T-Party, hosted by Bleubeard and Elizabeth. So here I am last Sunday, after church, having a coffee and a Baileys. As you can see, the temperatures here have dropped a bit too and I'm wearing a cardigan. 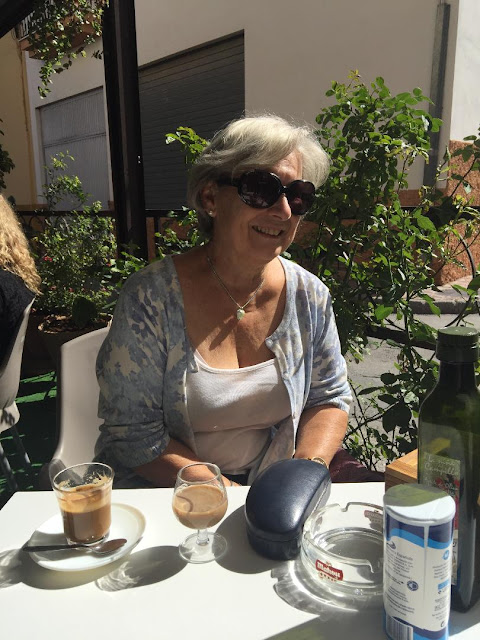 Well done if you have made it this far. I really appreciate it.
Have a very happy T-Day all!
Hugs,
Lisca