Hi everyone, hubby and I are traveling and at the moment we are in a hotel in the middle of Spain outside a beautiful little town called Cuenca. We are waiting to go out for dinner. Here people eat late so there is no restaurant open before 8:30pm.
I am joining the T-party that Elizabeth and Bluebeard organises.

I am writing this on my iPhone and iPad but I don’t know how to do this. I’m really sorry that this is such a mess. I don’t seem to be able to change the font and I don’t know how to scroll down on this thing, so just to say I have got some photos of a festival that our friends went to, which is hugely popular. The photos were taken by our friend Andy Andrew Watson).
I’ll say goodbye and happy T Day here as I don’t know how to get to the bottom of the page.

So here is A funny that I found: 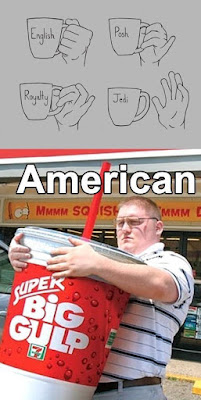 last week, (thursday) was the festival of Cascamorras and the friends of our conversation group went to celebrate that in nearby Baza. We didnt join them as it involves getting very, and i mean very dirty. Read the following if you want to know what its all about:

The origins of the festival are impressive, with different versions of the legend, of which this is the most widely accepted. When a workman from Guadix nicknamed Cascamorras was building a church on the site of a mozarabe temple, he found a sacred image of the Virgen de la Piedad (Our Lady of Mercy) buried in the ground. Both Baza and Guadix claimed the find as their own. The tribunals decided that the image should remain in Baza, except one day a year when it could be taken to Guadix, but it seems that neither town trusted the practicalities of this decision.
Either before or after the tribunal's decision, the workman and his fellows from Guadix attempted to take the virgin back to their town, but the people from Baza snatched it back. When Cascamorras returned to Guadix empty-handed, the deeply disappointed villagers castigated Cascomorras and continued to pray to 'their' Virgin who was located in the other town.
Baza declared that on the saint's day, if a nominated person from Guadix was able to reach the Virgin remaining clean, he could keep it for Guadix. Each year the Cascamorras tries to fulfil the pledge, but to this day has never succeeded due to being pelted with eggs and flour and olive oil.
525 years later the festival is more popular than ever with 15 to 25 thousand taking part. It has to be one of the most impressive least known festivals in Andalucia if not Spain. We do recommend it. Perhaps it the longevity that add a fervent interest, it certainly seems to have more at the core than an excuse for a drunken party as some others are heading. In fact there is no alcohol openly consumed at all. Cascamorras run marks the becomes the first day of the Baza feria. 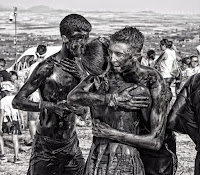 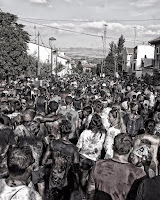 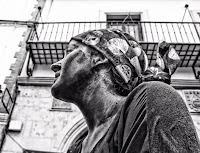 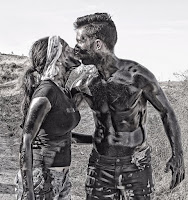 The first traditionally takes place on 6 September in Baza, where hundreds of villagers and onlookers go to a place called Las Arrodeas on a nearby hill over looking the town and cover themselves with black oil (special mix of black paint mixed with ecological olive oil; prepared by the Town hall). At 18.00 hrs the third rocket indicates that Cascamorras has arrived on the hill. Protected by cohorts he begins the run 1,5 km down the hill into the town.
The locals from Baza are now well prepared to 'dirty' the Cascamorras (by simply rubbing against him) and the first to do so is honoured. The Cascamorras has a porra (rubber ball tied to a wooden stick by a leather chord) to defend himself. His team of cohorts including a flag bearer and a drummer man, try in vain protect him on the hill and through the Baza streets.
There are 10 nominated Juras de Bandera (Flag waving) points along the 6km route which takes from 90 minutes to over two hours to complete. Each year is slightly different as the nominated Cascamorras dictates the pace and adds his character to the event.
As a reward for his vallient attempt, the Cascamorras is permitted (if he cleans himself up) to enter the Iglesia de la Merced and pray to the Virgin de la Piedad.
Posted by Lisca at 00:16