Good morning lovely peeps,
Here I am again with some postcards to show you and hopefully some drinks. I will be joining the T-Party organised by Elizabeth and Bleubeard. All I need is an image of a beverage. That is proving more difficult than I thought. All my photos are on my mobile or tablet and I don't seem to be able to  send them to my computer. (I usually email them to myself. I can do that as I have more than one email account). Not to worry, lets have some postcards: 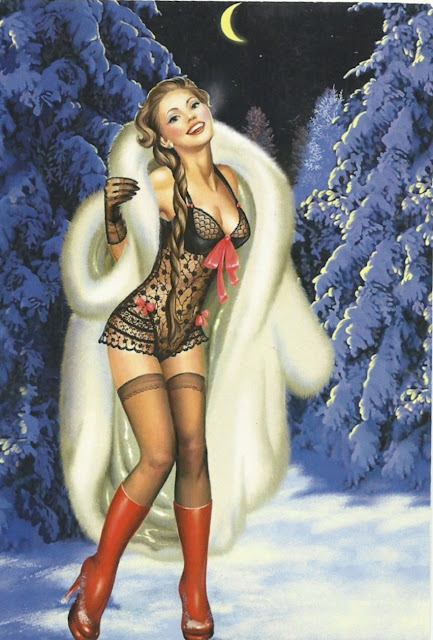 This one came to me from Russia. It's a sort of pin-up. A pretty girl in the snow, probably freezing her t...toes off!  I quite like it. It is a fun picture.
The stamps are fabulous: 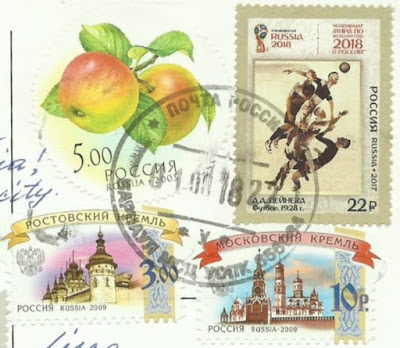 There is a round stamp with apples, a football world cup stamp, and two kremlin stamps. 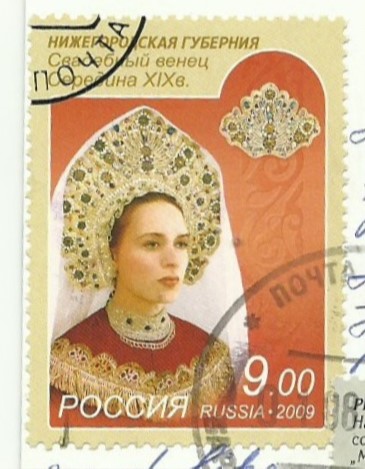 Here is one from the series of head dresses. 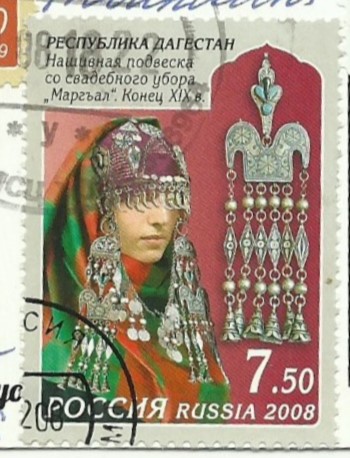 Russian Federation, December 18, 2008
Decorative Art of Dagestan - Sewn on pendant from the wedding head-dress "Margjal".
So many stamps on one card!! There was hardly any room to write the address.
What can I offer you in the way of a beverage?
Here is a photo I took in a bar along the motorway, when we stopped for a coffee and a bun. 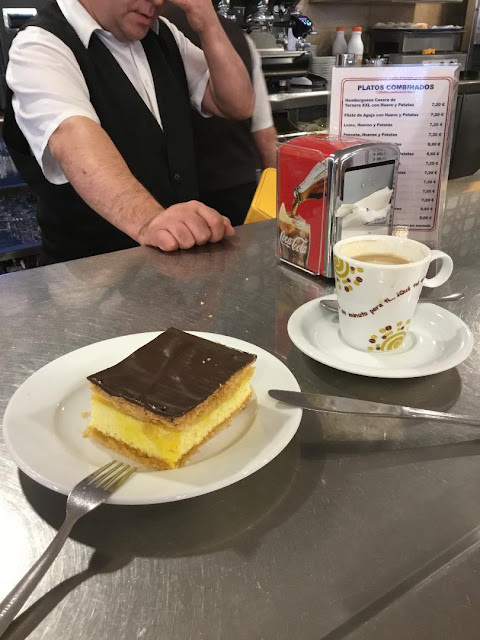 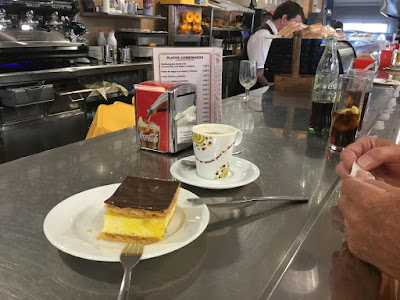 Now for the last series of photos from Plasencia. This is the old cathedral: 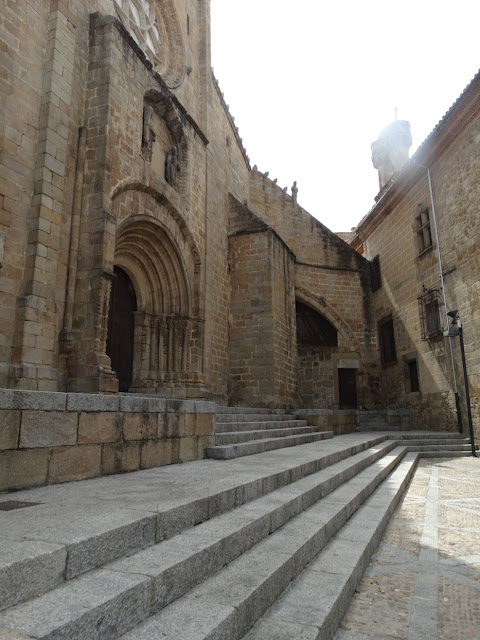 This is just one of the little narrow streets: 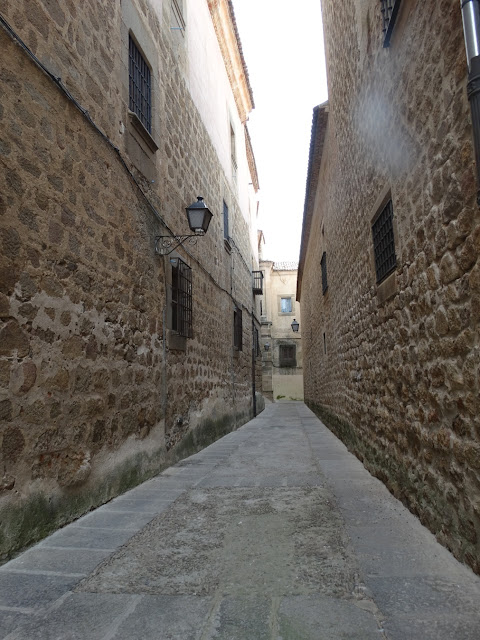 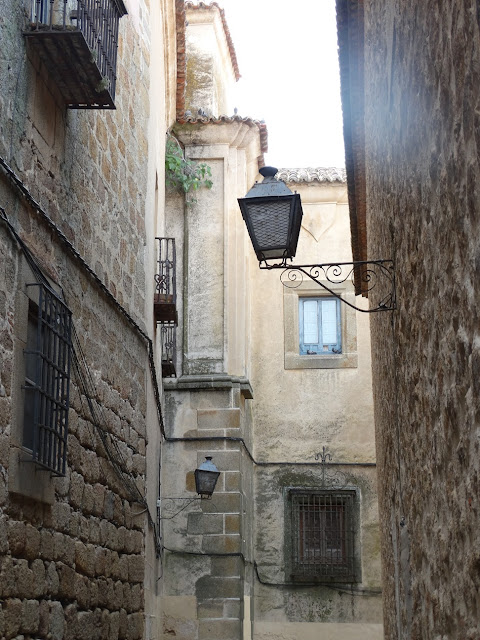 The (i think West) city gate: 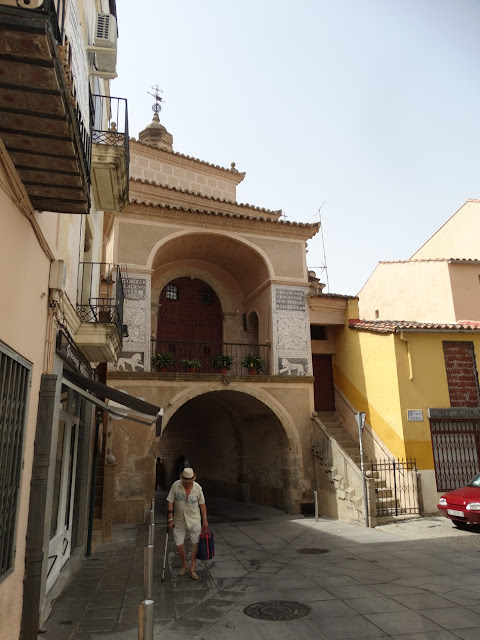 The same gate a bit closer: 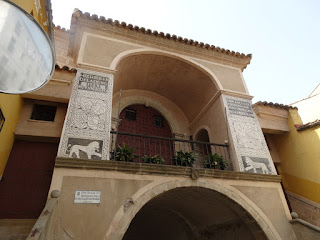 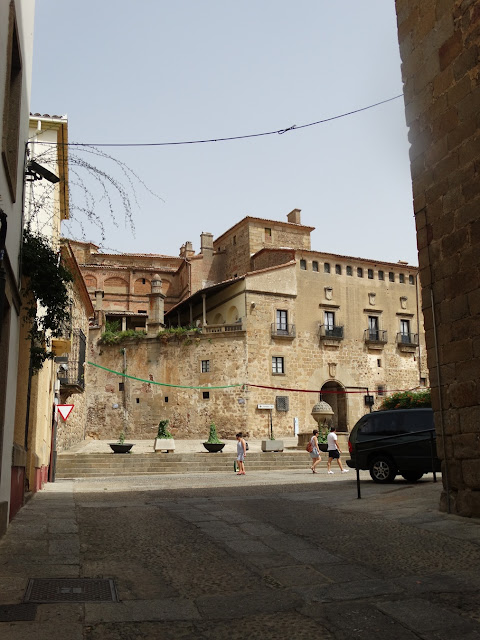 In the main square there were plaques in the pavement to indicate who had lived in that particular building. Most were wealthy jewish families. Apparently the Jews and the Moors lived peacefully together in those days. The Catholic kings didn't conquer this part of Spain until 1492. 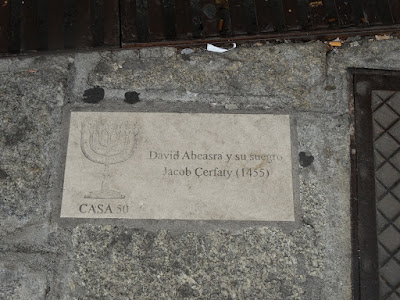 Interesting isn't it. This one reads: David Abeasra and his father-in-law Jacob Cerfaty (1455).
I think this is it for today,
Happy T-Day,
Hugs,
Lisca