Hello lovely friends,
It's Friday already.This week has flown by.
I hadn't received many cards over the last few weeks and all of a sudden yesterday, I got 11! The postoffice must have saved them up.... 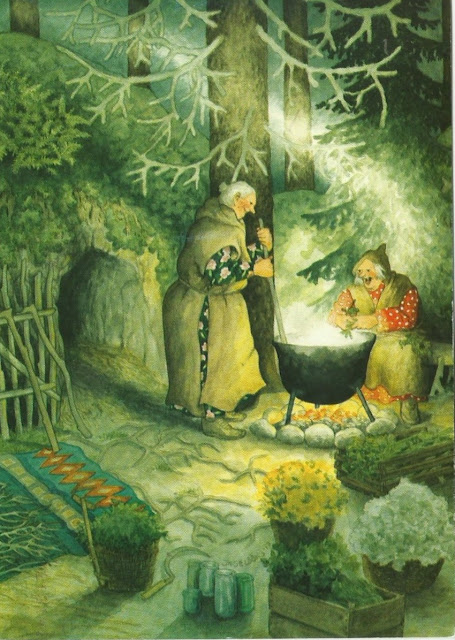 Here is another Inge Löök creation for my collection. I think the old dears are playing witches. It was sent to me by a Dutch lady who lives in Germany. She was able to write to me in Dutch, which was nice.
The stamps are beautiful.

I managed to find some info on the Corvey abbey on Wikipedia: The Imperial Abbey of Corvey or Princely Abbey of Corvey (German: Stift Corvey or Fürstabtei Corvey) was a Benedictine abbey on the River Weser, 2 km northeast of Höxter, now in North Rhine-Westphalia, Germany. It was one of the Imperial abbeys of the Holy Roman Empire from the late Middle Ages until 1792 when the abbey was dissolved and Corvey converted into a prince-bishopric. It was in turn secularized in 1803 and absorbed into the newly created Principality of Nassau-Orange-Fulda. In 2014, the former abbey was listed as a UNESCO World Heritage Site.

What have I been doing this week? What were my smiles? I'm going to join Annie at A Stitch In Time for her Friday Smiles.

My first smile is that it's Feria week in our village. Each town and village has a week long Feria. Ours is this week: 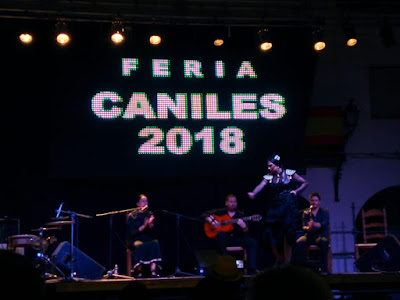 There are activities every day and performances at night. We don't go out every night, but we will go out tonight and tomorrow night to see the folk dancing.

Hubby complained that he could not find anything to make holes in his new belts. He had these belts but couldn't use them. So out comes my Cropadile! Five minutes later: job done and hubby smiling from ear to ear! 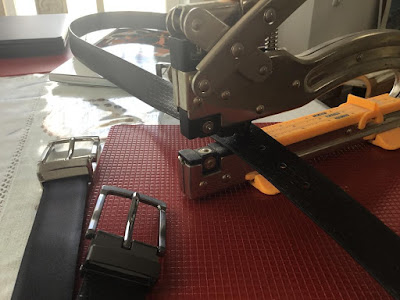 The other thing I have been doing is making cards. Two cards. A first anniversary card for my sister and B-I-L, and a birthday card for my son who will be 42 at the end of the month. (Yes, he was born in the hot summer of 1976).
I can't show you any of the cards until after the event, but I can show you this heart die. 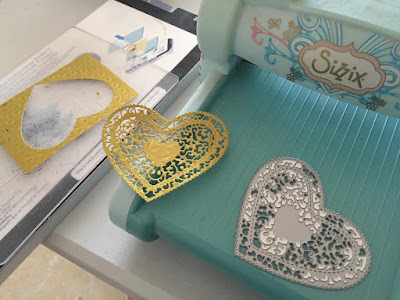 I spent a lot of time getting that one absolutely right and then carefully pushing out all the 'bits' with a pin. I bought the die at a Chinese poundshop for one Euro, but it works well.

Another happy moment is that our worship group has been given an overhead projector. But nobody could get it going. All the software we could get had monthly subscriptions to pay for the English and american performance and copyright. So hubby has been busy sorting that out and is now using Powerpoint. Not ideal, but until we find something better and free, it will have to do. But it works and we are very happy with it, so smiles all over. 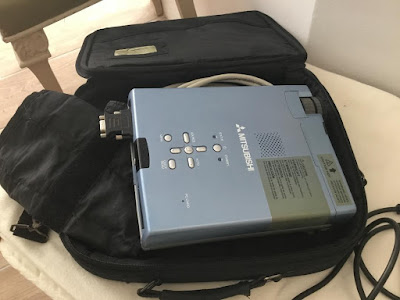 Last weekend we went to the Extremadura region of Spain, to a place called Plasencia. We met up with one of our boys and his family on the way from the Algarve to the ferry in the north.
I blogged about the visit on Tuesday and today I will show you some more photos.
It was very hot. Above 40 degrees centigrade, very hot! 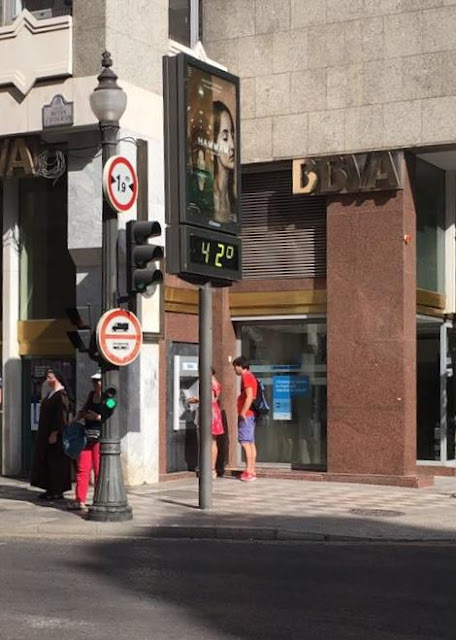 We were in the main square of the town, and I spotted these men on the roof of a building. Here you can see one of them. The other is an automaton seemingly ringing the bell. I thought it was a real man. We had to laugh about that! (In close up it is clearly visible, but with the naked eye not so obvious)
+ 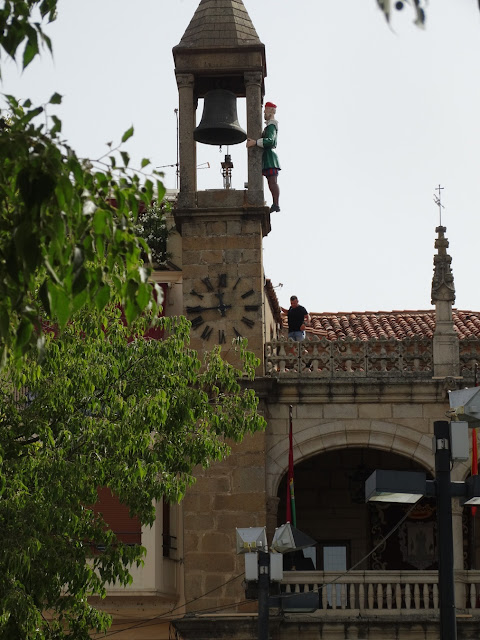 I'm always on the look out for street art and murals. This is a sculpture of someone with his head in the sand. 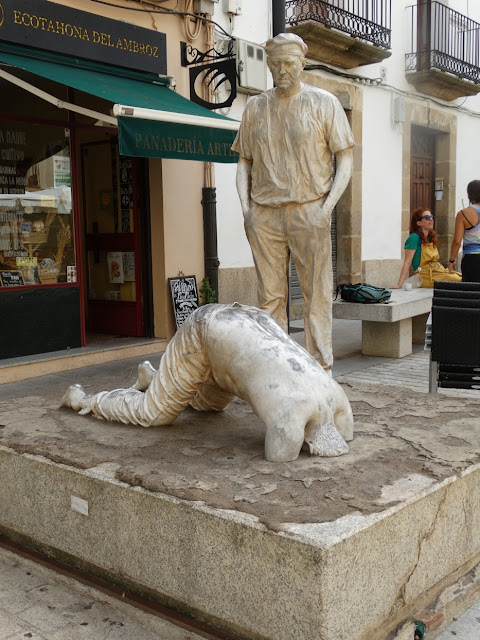 Plasencia is a walled town on the top of a hill. To get to the old town was quite a climb. Seeing the escalators was one of our biggest smiles that day. Fantastic! 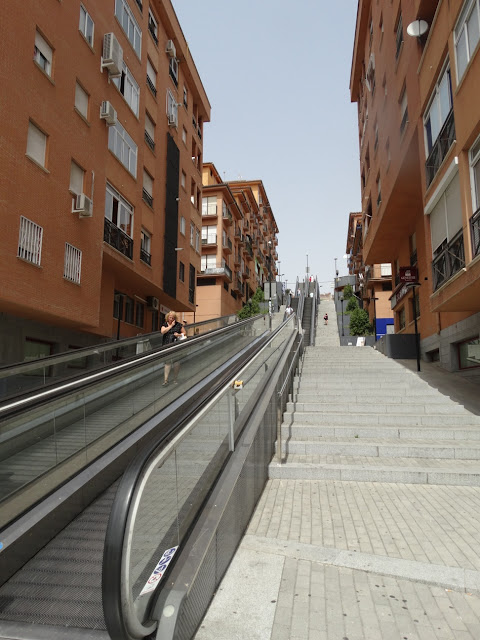 This was the half-way point. I think there were 4 escalators in total.

The car park had elevators and a walkway to get to the bottom of the escalators. The elevator shafts were painted with art. 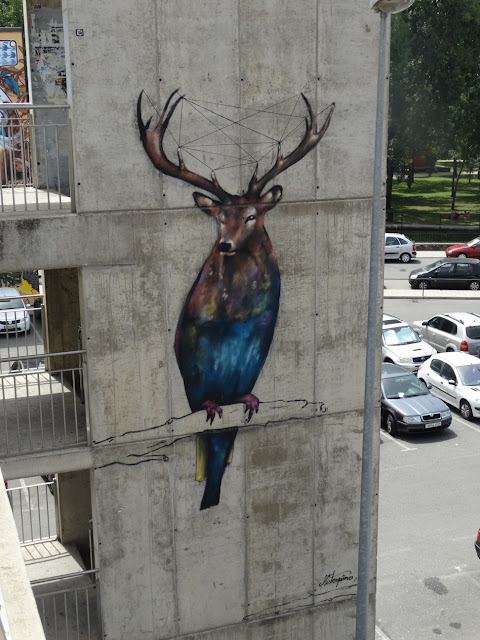 Both with a 'bird' theme. 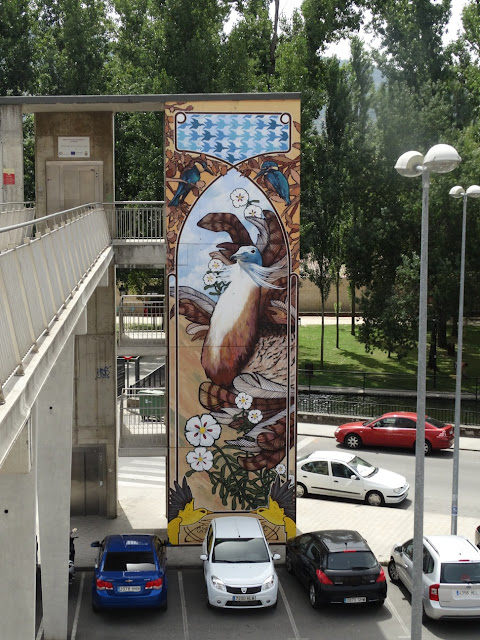 Now for some funnies. I found this one the other day and it had me smiling: 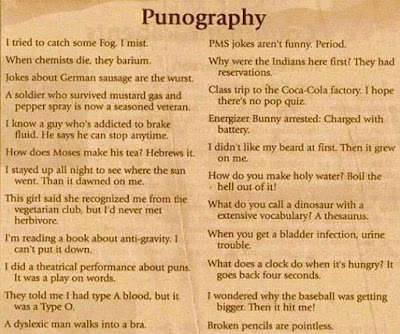 The following funnies I got from Denthe's blogspot 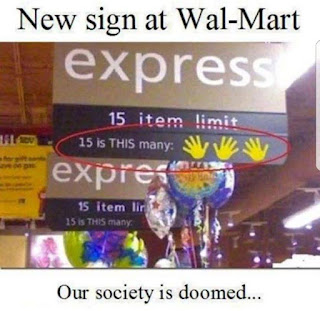 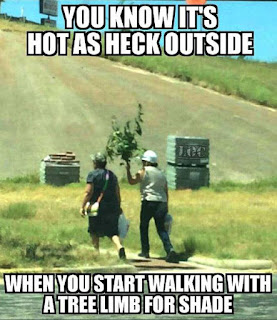 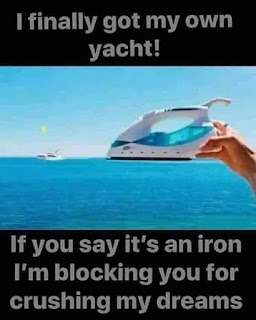 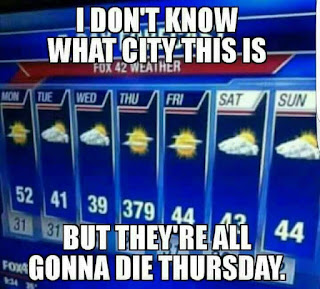 That's it from me. Have a lovely weekend all,
Blessings,
Lisca
Posted by Lisca at 00:16