Good morning T-Gang!
It's nearly midnight on Monday night as I am writing this, and soon it will be Tuesday... That week flies by!
Tonight in the Netherlands is St Nicolas eve. (Sinterklaas). That has made me a bit nostalgic.

Every year, on the 5th of December, the Netherlands celebrates the birthday of a very old man. His name is St Nicolas. He has a long white beard and he rides on a white horse over the rooftops. We kids call him also Sinterklaas. He is a nice man because he brings presents to kids who are good. Sounds familiar? Yes, Sinterklaas and Santaclause are related. However Sinterklaas was there first. 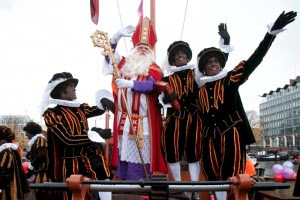 Sinterklaas always makes his entrance in the Netherlands by boat in Amsterdam. His arrival is televised nationally. He is supposed to come all the way from Spain (Don’t ask the Spanish about this, you will get some uncomprehending looks).  Sinterklaas is usually assisted by some black assistants. We call them Zwarte Piet (Black Peter). Zwarte Piet is usually an friendly clown who likes to make jokes with kids while Sinterklaas is usually a figure of authority. Sinterklaas has a book with all your good deeds and naughty stuff that you did during year (supplied by the parents of course), and decides whether to give you a present, a beating, or to throw you in the sack and send you to Spain. Aah well, that is to say. Those last punishments we don’t do any more. We are a bit more civilized nowadays. 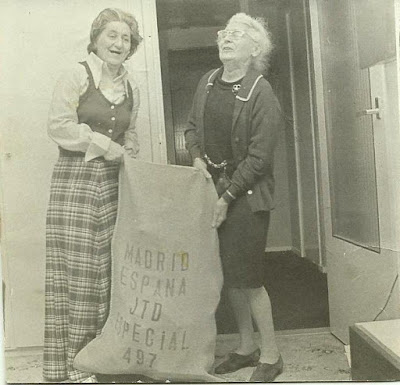 When I was young we got together as a family (Here is my mum and my Omi in the photo) and waited for the sack (in which my mother had put all the presents), delivered by Sinterklaas and Zwarte Piet of course. We sang songs about Sinterklaas and Zwarte Piet. (I still know most of the songs) My sister and I were eager to see what Sinterklaas had brought. Silly poems were attached to every present and had to be read first before one could tear the paper open.

As you become older, you understand of course that Sinterklaas does not exist. That you get rarely anything for free, but you keep those nice memories of the family celebration, the songs, the presents and the silly rhymes Most Dutch people have such memories and we cherish them with a certain fondness.

Enough nostalgia! Here is my postcard: 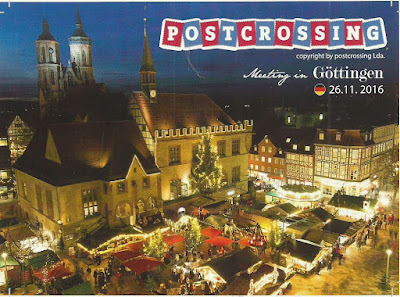 The international postcard club Postcrossing sometimes holds regional meetings. During those meetings members write cards to randomly selected addresses. I was the recipient of one such card from a German group meeting. It was signed by all 16 people that were there.
Here is the stamp: 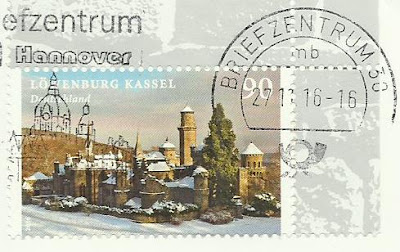 My hubby and I have recently been to the local Chinese restaurant. 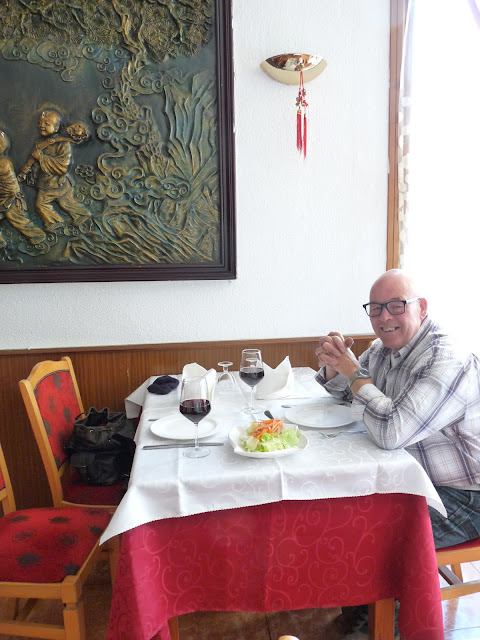 A very uninspiring place if truth be told. 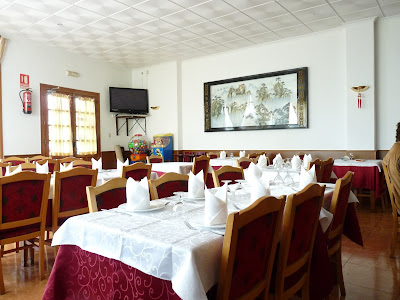 But the food was good. We stuck to things we knew and had spring rolls for starters. I was already tucking into mine when i remembered to take a photo. 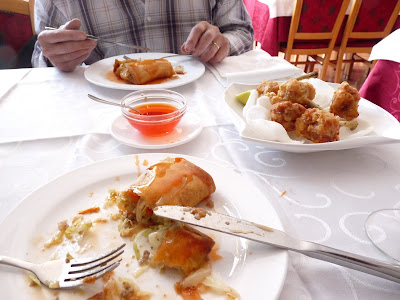 And these were our coffees. 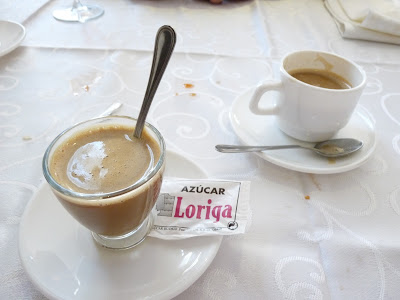 Sorry for the stained table cloth. I am a messy pup!

Wishing you all a happy T-Day,
Hugs,
Lisca