How has your week been? Lots of smiles? My week has been lovely. I'll tell you all about it. First off the postcard: 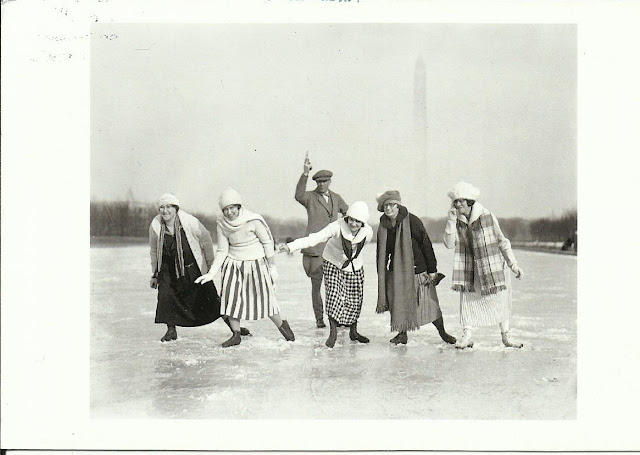 An ice skating scene from 1925! What fun! It comes to me from Belgium from someone called Filip. He uses a nice stamp too: 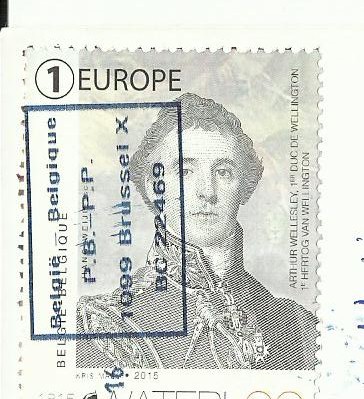 2015 was the 200 year anniversary of the Battle of Waterloo. (Waterloo being in Belgium). The image is of the Duke of Wellington, Arthur Wellesley.
Here is some info (from Wikipedia) on that if you are interested. If not please fast-forward to the next paragraph.

The Battle of Waterloo was fought on Sunday, 18 June 1815, near Waterloo in present-day Belgium, then part of the United Kingdom of the Netherlands. A French army under the command of Napoleon Bonaparte was defeated by two of the armies of the Seventh Coalition: an Anglo-allied army under the command of the Duke of Wellington, and a Prussian army under the command of Gebhard Leberecht von Blücher, Prince of Wahlstatt .
Upon Napoleon's return to power in March 1815, many states that had opposed him formed the Seventh Coalition and began to mobilize armies. Wellington and Blücher's armies were cantoned close to the north-eastern border of France. Napoleon chose to attack them in the hope of destroying them before they could join in a coordinated invasion of France with other members of the coalition. Waterloo was the decisive engagement of the Waterloo Campaign and Napoleon's last. According to Wellington, the battle was "the nearest-run thing you ever saw in your life". The defeat at Waterloo ended Napoleon's rule as Emperor of the French, and marked the end of his Hundred Days return from exile. Napoleon abdicated 4 days later, and on the 7 July coalition forces entered Paris.


Our building work is progressing. The carpenter let me know that he will bring us the kitchen units on Monday or Tuesday. And the solar panel that my DH has erected is now working. Hurray! We have hot water in the bedroom toilet. The bathroom is not ready yet but will soon.

I have had my hair cut super short! 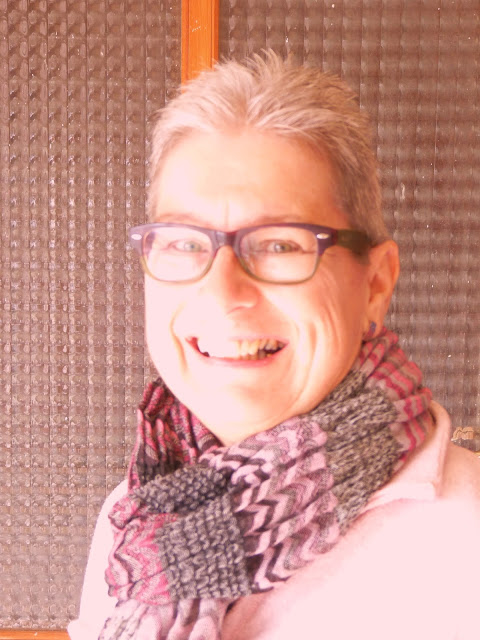 I was fed up with having to blow dry my hair every time in a cold bathroom.

The weather here is still very mild and sunny. (They say we are going to have snow this weekend... seeing is believing). But I spotted a few freesias that are flowering on my patio. 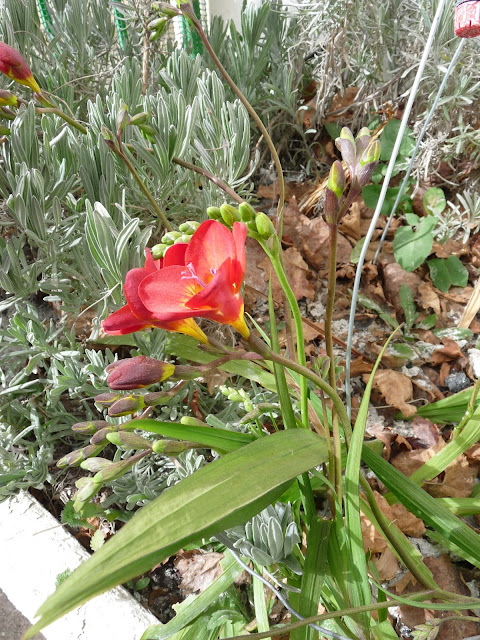 There are three: two red and a purple. Very nice surprise.

As usual I have collected a few funnies. I did quite like this one: 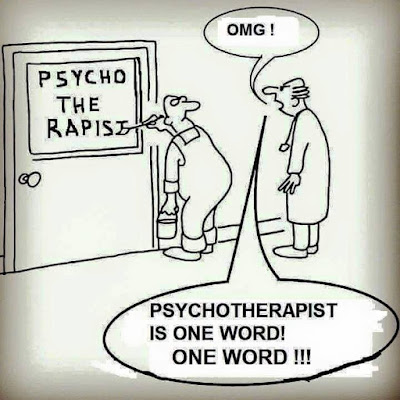 I am linking up with Annie at Friday Smiles and with Virginia at Rocking your World Friday. Please join us for the fun. 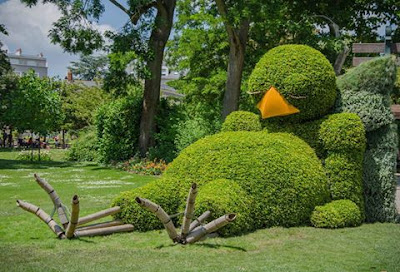 Have a great week, and keep smiling!