Hello lovely people,
It's time for the T-Party! More of that in a minute.
First off is some postcards: this one was sent to me from the USA. It is a turtle, my favorite animal. (together with the tortoises). I don't know what fascinates me about them. Perhaps it is the fact that the get to become so old or perhaps it is the fact they look so pre-historic. I like all the different patterns on their shells and I like the fact they carry their house with them and can retreat inside. Sometimes I'd like to do that too. 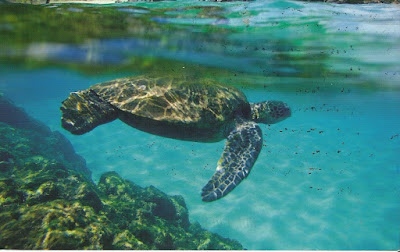 These stamps are from this card or the next one. I can't remember now. They feature bioluminescent life. Very intereting... 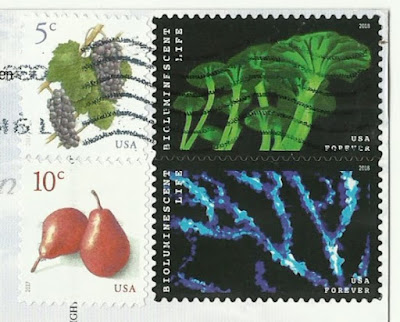 The next card comes from North Carolina. (obviously). As you know I love map cards. This one has the additional information of the flag, the seal, the state flower (Dogwood), the state bird (Cardinal) and the state animal (Grey Squirrel).

Because it is T for Tuesday, hosted by Elizabeth and Bleubeard at Altered Book Lover, I decided to find out if there was such a thing as a state drink. And sure enough there is: 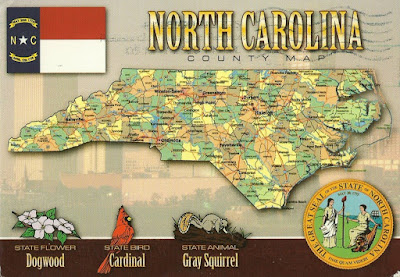 As I use my own name on this blog, not many of you will now that my online name is Olddutch.  The name is apt as I am Dutch and not so young any more. It really comes from a restaurant that I could see out of our window when I was small. The restaurant was called Olddutch. 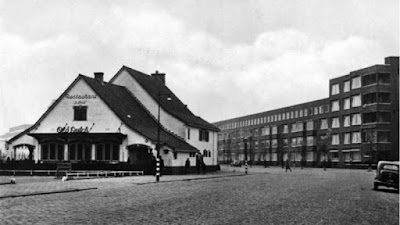 We used to live on the top floor of the block of flats on the right and I would look upon the restaurant. After the war there was no housing (Rotterdam was bombed almost completely) and people were told to take in lodgers. The flats on the right are really duplos. The downstairs people had the ground floor and the floor above that as bedrooms and bathroom. Above that was a similar set-up, so the top floor (which had a balcony) was the bedroom floor of the flat below. My mum had an improvised kitchen in the bathroom. Planks were put over the bath and that did as a kitchen. Luckily the toilet was separate. We all (mum, dad and me and my sister) lived in those few rooms. Every time my mum wanted to go out, she had to carry us plus a pram down three steep flights of stairs. How is that for logistics when the children are so small you can't leave one downstairs to go get the other one! No wonder my mum had a breakdown when my sister was a baby, and she had just suffered two mis carriages...
The restaurant still exists. This is what it looks like today: 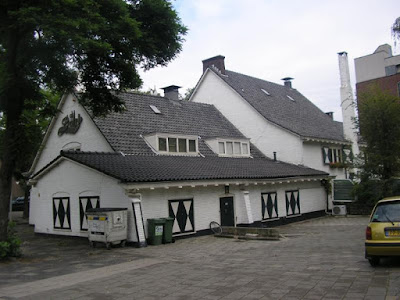 Sunday I went to our provincial capital city, Granada. I went with the photo club of our village to celebrate a 25th anniversary of the photoclub in Granada. The poster in the middle features a photo taken by the guy who stands behind it. His name is Antonio and he is a police man in our village. We are very proud that of all the clubs in the province, a photo from our club was chosen for the poster, which is all over Granada and the province. 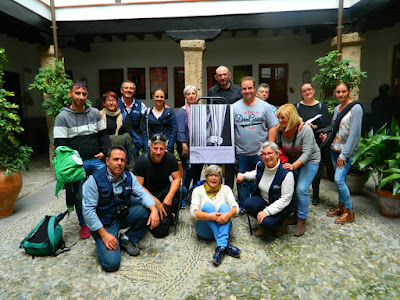 Because of this anniversary, Granada is doing lots of events and exhibitions to do with photography. There are 6 totally different exhibitions that we visited on Sunday. Then of course there was a wonderful lunch with all the gang (all the representatives of all the clubs in the province). Our village is well represented as you can see in the above picture. A good time was had by all.

I will leave you with some wise words that I came across and that rang true with me. 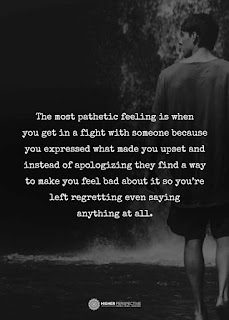 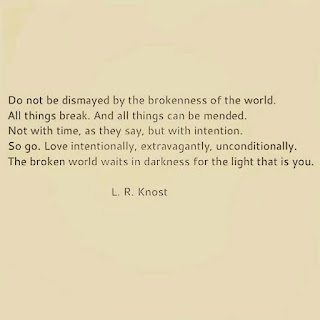