How has your week been? My week was full of sorting out things after I came back from Holland, doing all the washing and catching up with the housework etc.


Last Sunday it was my best friend's 60th birthday and I spent Saturday making her a very special cake. As it is extremely hot here, I thought I'd do a cheese cake from the new  cake book that I bought in Holland recently. This is the book: 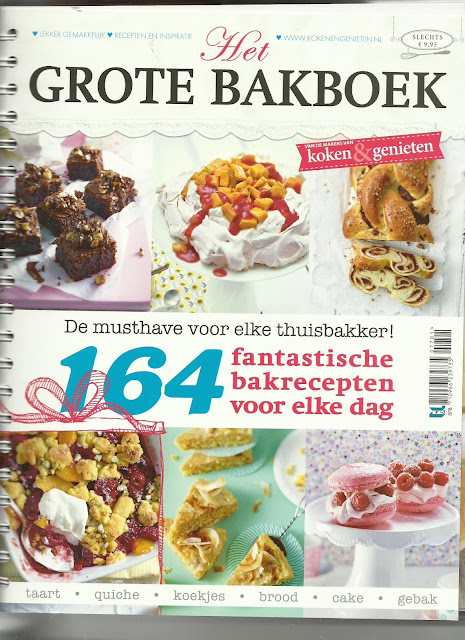 And this is the cake I tried to make:﻿ 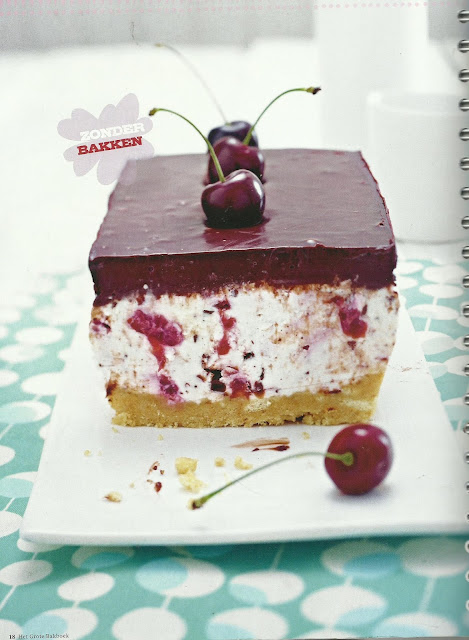 It turned out very well and my friend was very impressed. 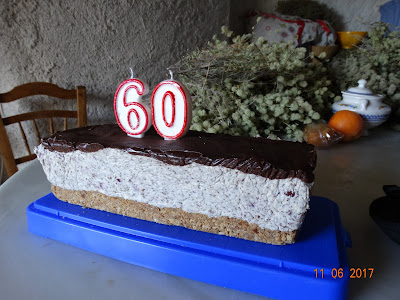 (Note the bunches of herbs in the background that she had picked that morning). 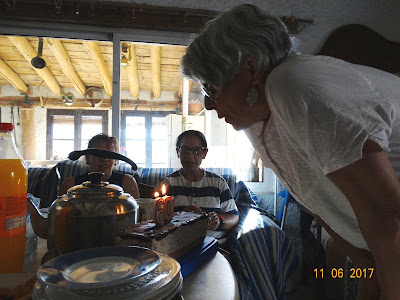 Earlier that day, in fact it was early morning, there was a mountain bike race in the village. They always pass by our house as we live on a 'precipice' at the edge of the village. (Beautiful views but oh so steep) I took lots of photos from the terrace and this one by the front door as they came up the hill: 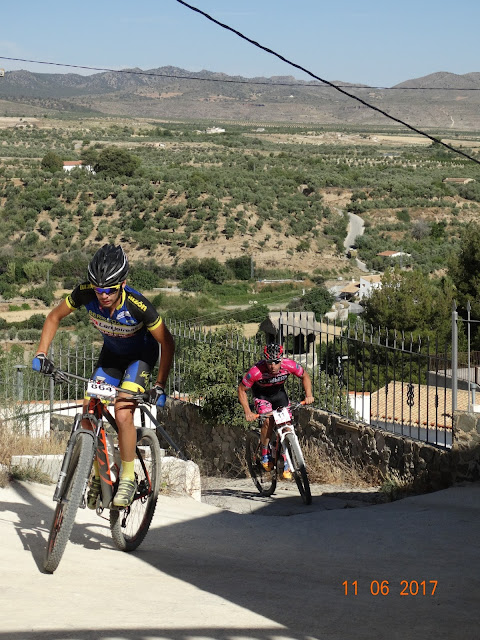 Lets not forget the postcard. I haven't received any postcards lately as I haven't been sending them. (When I don't send, I don't get). So here are two postcards that I sent this week. They are both images of nearby villages and our village ,looks pretty much like them. 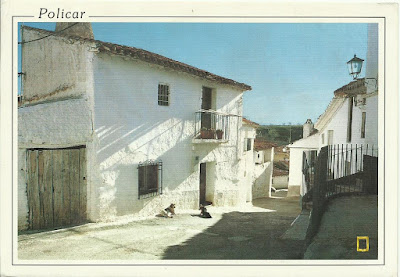 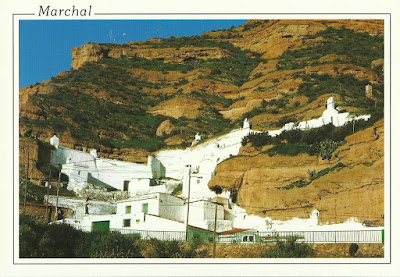 In the second photo you see a few cave houses, that are so popular in our area.

I received a little present this week: 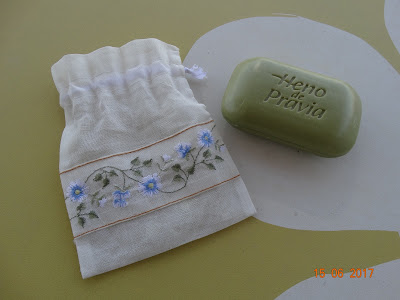 A piece of soap in a beautiful Little bag. The reason she gave this to me was that I used this soap in her bathroom. I came out with tears in my eyes as the frangrance just took me back. I recognised that frangrance as the soap my grandmother always used. 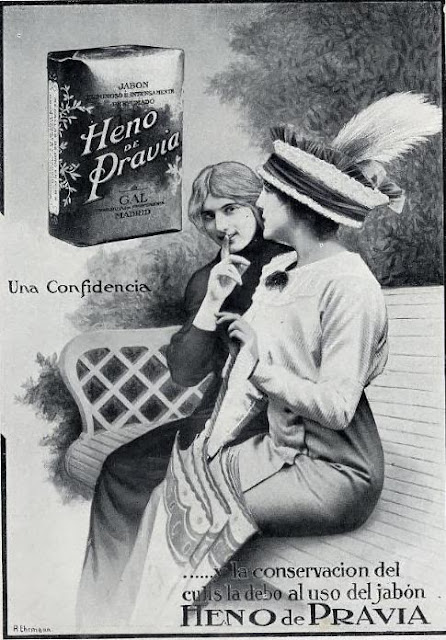 It has a very strong perfume and is still being made today (since 1905). 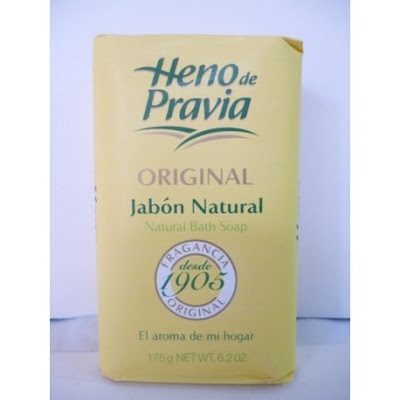 I finished another book this week. A thriller if ever there was one! It kept me awake at night, as I wanted to know what happened next. What you call 'superbly menacing'. 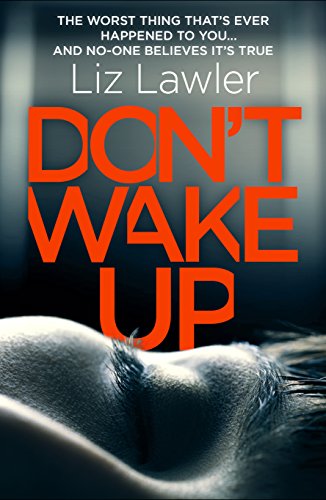 Alex Taylor wakes up tied to an operating table.The man who stands over her isn't a doctor.The offer he makes her is utterly unspeakable.But when Alex re-awakens, she's unharmed - and no one believes her horrifying story. Ostracised by her colleagues, her family and her partner, she begins to wonder if she really is losing her mind.And then she meets the next victim.


I have yet to write my Goodreads review but I am going to give it 5 stars. It is that good!


Finally here are some funnies as it is after all Friday Smiles: 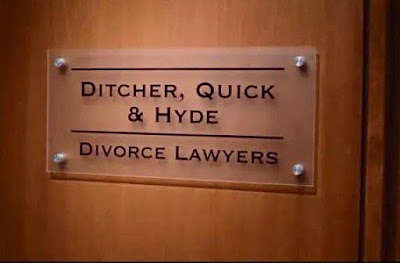 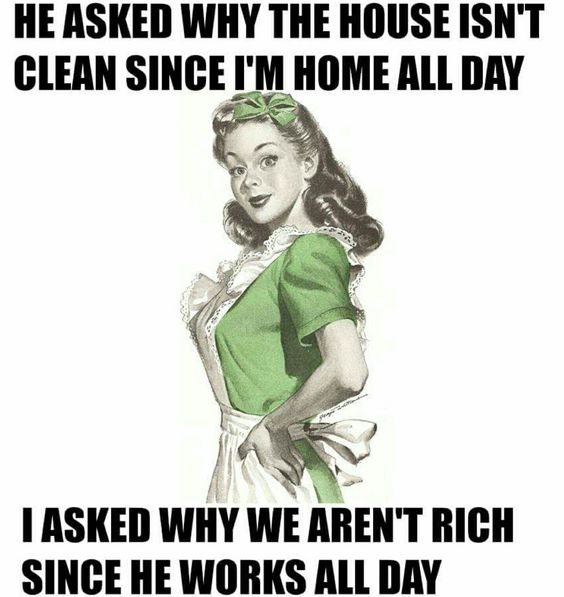 That's all from me this Friday. I hope you all have a fantastic week with lots of smiles,
Hugs,
Lisca