Hello lovely T-Gang! How are you all? I am well. (Nowadays they say: "I'm good" but that makes me cringe as it is such bad English)

I have lots to share with you as we have been away for a few days. But first my postcard: 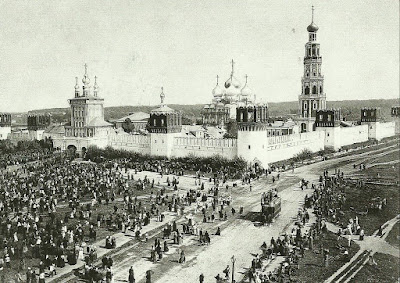 The stamp is large and colourful: 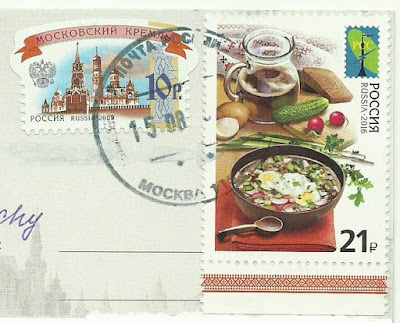 It's about their national cuisine. The stamp website writes this: "World-famous Russian cuisine boasts diversity and abundance. Throughout its centuries-old history, cookery in Russia was enriched by a lot of recipes of delicious dishes.Russian cuisine is distinguished by various sour, salted and retted vegetables, fruits and mushrooms, as well as a multitude of delicacies: sturgeon, salmon, salmon roe and caviar, cold boiled pork, etc. Profusion of soups is also a tradition, the best-known are okroshka, shchi, borsch, rassolnik, solyanka, kalya, ukha, botvinia.The postage stamps depict a still life of the traditional Russian cuisine."

I have no idea what retted vegetables are... Do they mean roasted? I don't know.

Now for something else entirely. My DH and I have been away for a few days. Hubby looked at the weather forecast (which was good) and said he was ready for a break, so we got the campervan loaded up and off we went. We drove to the south east point of the Spanish peninsula, which is a two hours' drive (driving slowly)  from where we live. The area is called Cabo de Gata and it is a Natural Park. 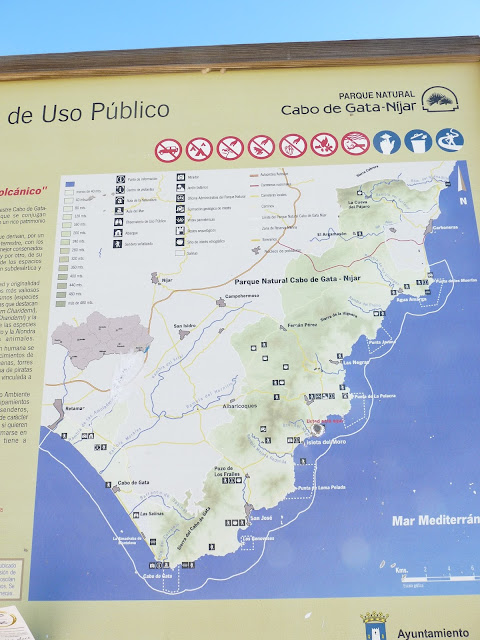 It is my favorite destination when we go away. It is volcanic and has salt flats and flamingos and stunning desert landscapes. 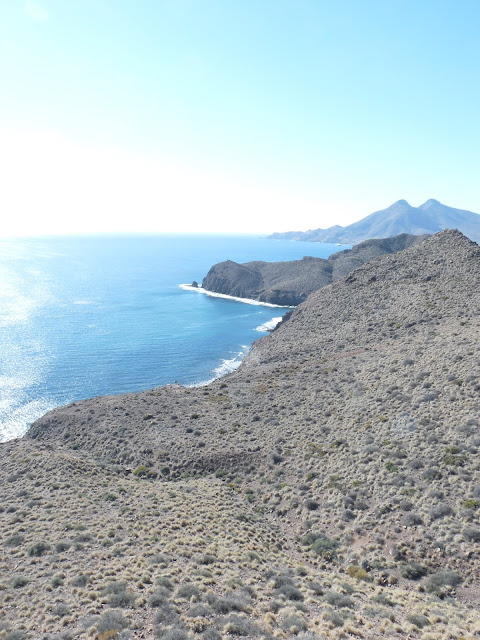 There are many white villages (Pueblos blancos). A nightmare to drive in with a large vehicle. Fortunately there is usually some spot outside the village where we can park. Here we are by the sea, on the edge of the village. 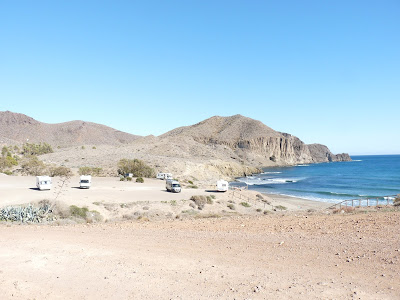 I love all the white houses and the Andalucian tiles. 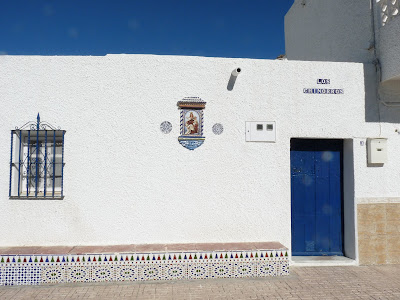 While we live in Granada Province, this park is in the adjacent Almeria Province. Their symbol is the Indalo Man, which you can see everywhere. 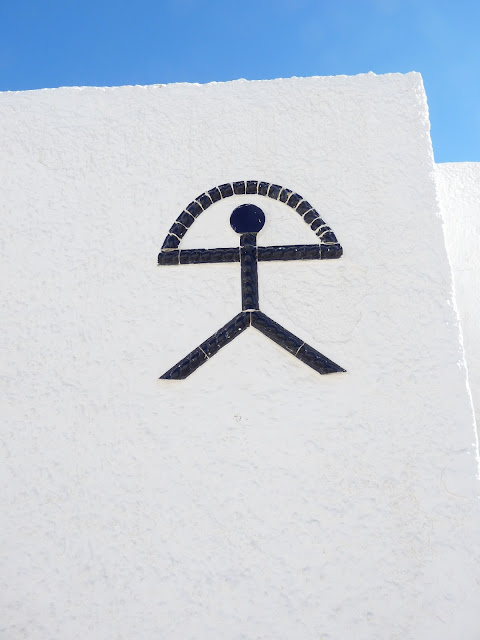 We found a restaurant by the water and decided to have lunch. 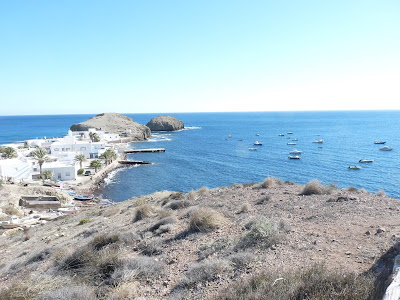 It's the building with the blue awning. 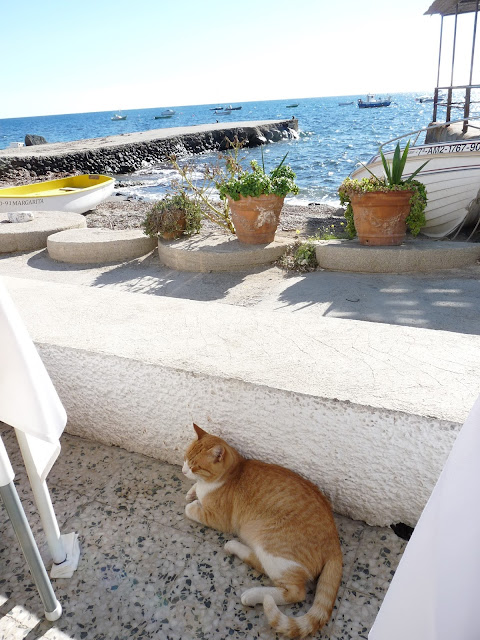 We were soon joined by several cats that would lie at our feet patiently waiting for some tasty morsel to come their way. 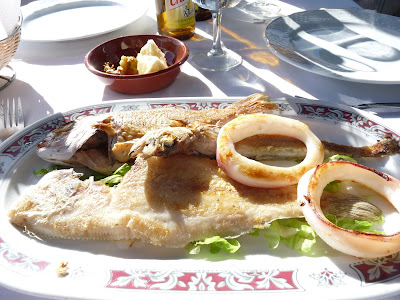 I had a dish with three different types of fish on it and some calamaris rings. 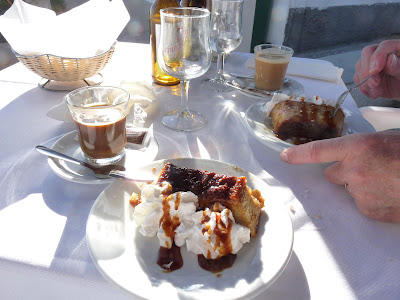 Dessert was called 'pan de calatrava', which is bread based soaked in caramel syrup, then baked. It is very yummy.

As I am going to link up with Elizabeth and Bleubeard at Altered Book Lover, I am showing you our drinks. Mine is a café cortado (an expresso coffee with the same amount of hot milk).

That's it from me today. I will leave you a bit more info about the Cabo de Gata park at the end.

Thank you for visiting.

Cabo de Gata-Níjar Natural Park is characterised by volcanic rock formations - lava flows, volcanic domes, volcanic calderas. The park joined UNESCO's Global Geoparks Network in 2006, and is also a member of the European Geoparks Network. [4]
Between the village of San Miguel and the Cabo de Gata point are salt flats (Las Salinas de Cabo de Gata) separated from the sea by a 400 m (1,300 ft) sand bar. The salt flats are a Ramsar site.
Its coasts have seagrass beds of the Posidonia genus and offshore coral reefs, both dramatically increasing the numbers of resident and transient marine species. A 120 km2 (46 sq mi) part of the total designated protected area is a marine reserve, extending underwater to a depth of 60 m (200 ft).
The area has an arid climate with an average temperature of about 18 °C (64 °F) and an average annual rainfall of 156 mm (6.1 in), recorded at the Faro del Cabo de Gata (36°43'18.8 N, 2°11'34.69" W) during the period 1961-1990.[5]
The characteristic vegetation in the terrestrial zone is drought-adapted flora: largely agave, prickly pear, dwarf fan palms and a number of xerophytes (some of which are endemic). There is Posidonia seagrass in the marine zone.