Hello lovely ladies,
How are you all bearing up with the different safety restrictions?  We can't leave the house, but we can join together at the T-Party! Elizabeth and Bleubeard are our hosts. All we need to do is post something with a beverage.

I'm going to start with my postcards as usual. Both cards come from the USA and both cards feature a library. The first is the Library of Congress. It doesn't actually say where it is! But I immediately went  onto the internet to find out more. It looks quite impressive. Sure enough it is in Washington DC. This is what I found:
The Library of Congress (LOC) is the research library that officially serves the United States Congress and is the de facto national library of the United States. It is the oldest federal cultural institution in the United States. The library is housed in three buildings on Capitol Hill in Washington, D.C 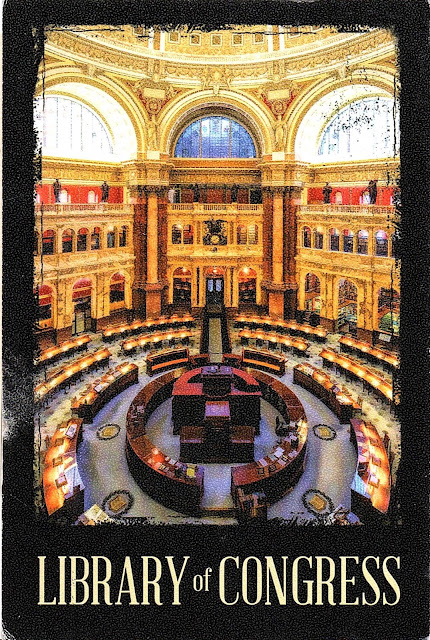 I also tried to find out what it looks like on the outside: 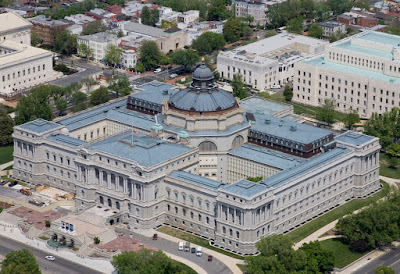 This building is called the Thomas Jefferson building, and the building behind it is also part of the library and is called the John Adams building.
Here is an image of the great hall interior. 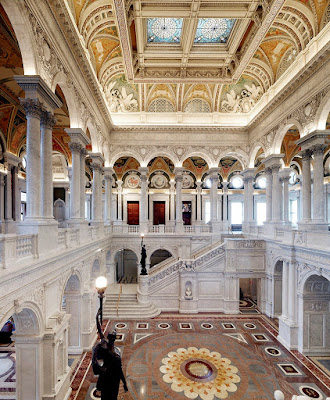 The collections of the Library of Congress include more than 32 million catalogued books and other print materials in 470 languages; more than 61 million manuscripts; the largest rare book collection in North America, including the rough draft of the Declaration of Independence, a Gutenberg Bible (originating from the Saint Blaise Abbey, Black Forest) (one of only three perfect vellum copies known to exist); over 1 million U.S. government publications; 1 million issues of world newspapers spanning the past three centuries; 33,000 bound newspaper volumes; 500,000 microfilm reels; over 6,000 titles in all, totaling more than 120,000 issues comic book titles; films; 5.3 million maps; 6 million works of sheet music; 3 million sound recordings; more than 14.7 million prints and photographic images including fine and popular art pieces and architectural drawings; the Betts Stradivarius; and the Cassavetti Stradivarius.

From a huge library to a small intimate one: It is the library at the home of Franklin D. Roosevelt and it is a painting by Ruth Perkins Safford (American, 1897 - 1979).
This card has some nice stamps: 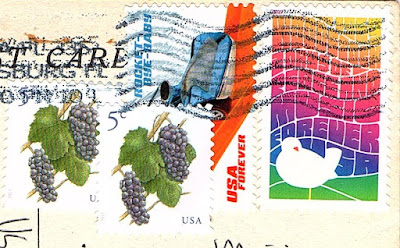 The forever stamp on the right is about Woodstock Music Festival and the one in the middle is from the Hotwheels series. You can't see it clearly as the other stamps are stuck on top of it. (shame really). But this is what it looks like: 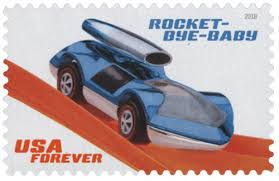 The U.S. Postal Service must have some car enthusiasts within its ranks, as it is celebrating the 50th anniversary of Hot Wheels by introducing a set of 10 commemorative 50-cent Forever stamps that pay homage to some of the most iconic Hot Wheels castings over the years.
Do you remember Hot wheels? I do.... The track was orange, remember? 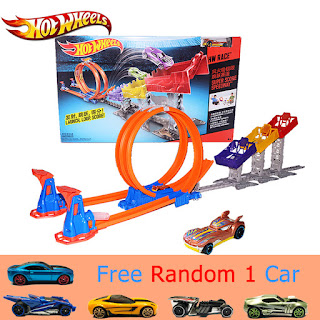 Ok then, what's happening here with us in Spain. Well, yesterday was my birthday. It was the strangest birthday I ever had and I shall not forget it in a hurry. The things we had planned (going away for a few days) of course can't go ahead, and we can't go out for a meal or a drink. I'm not allowed visitors etc. But I have never had so many phone calls, video calls, messages and the like. It was wonderful! Of course I had birthday cards to open in the morning. 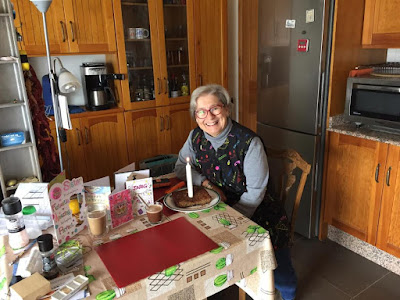 I couldn't buy any birthday candles, so we improvised with an emergency candle in the cake. (Hubby joked that it was better than 69 little ones!)
This is also my qualifier for the T-Party: our coffees on the table. Mine is the short one and hubby likes his milky.
Of course we had a glass of wine with our meal: 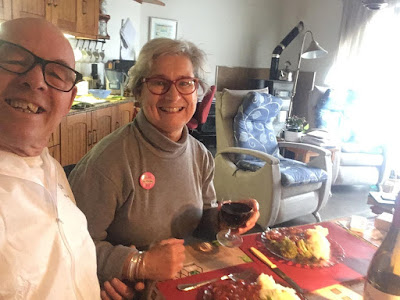 Finally, I want to show you a photo from this morning when I went out to buy some bread: 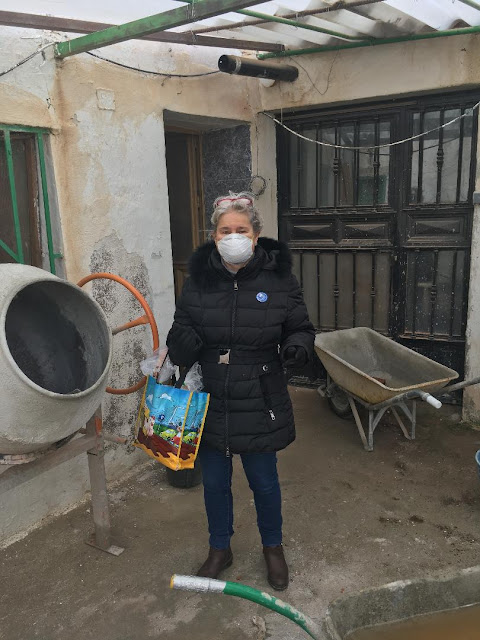 This is the entrance of the cave next door which hubby is working on.
That is all my friends. I hope you are all safe and not panicking. It is a serious situation, but we are all in it together, the whole world is affected, and we will get through it.