Good morning ladies (and gentleman),
Have you had a good week? We have, although the weather is 'pants'.


Let me show you some postcards before I tell you about my week. I have two art postcards for you today. The first one comes from the Ukraine: 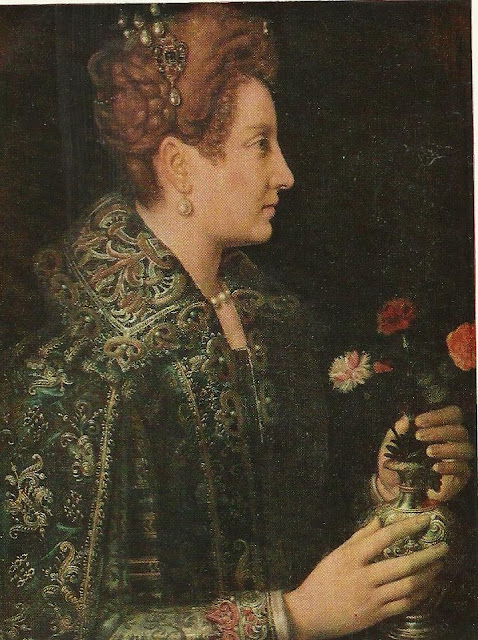 It is called "Female Portrait" painted by Sofonisba Anguissola (1532-1625). No, I had never Heard of that painter either. She was an Italian Renaissance painter. Yes, a woman! How fascinating. I read about her life. Wikipedia says this: She was an Italian Renaissance painter born in Cremona to a relatively poor noble family. She received a well-rounded education, that included the fine arts, and her apprenticeship with local painters set a precedent for women to be accepted as students of art. As a young woman, Anguissola traveled to Rome where she was introduced to Michelangelo, who immediately recognized her talent, and to Milan, where she painted the Duke of Alba. The Spanish queen Elizabeth of Valois was a keen amateur painter, and in 1559 Anguissola was recruited to go to Madrid as her tutor, with the rank of lady-in-waiting. She later became an official court painter to the king, Philip II, and adapted her style to the more formal requirements of official portraits for the Spanish court. After the queen's death, Philip helped arrange an aristocratic marriage for her. She moved to Sicily, and later Pisa and Genoa, where she continued to practice as a leading portrait painter, living to the age of ninety-three.
The stamps are colourful and Yuliya (who sent me the card) has added a sticker too. 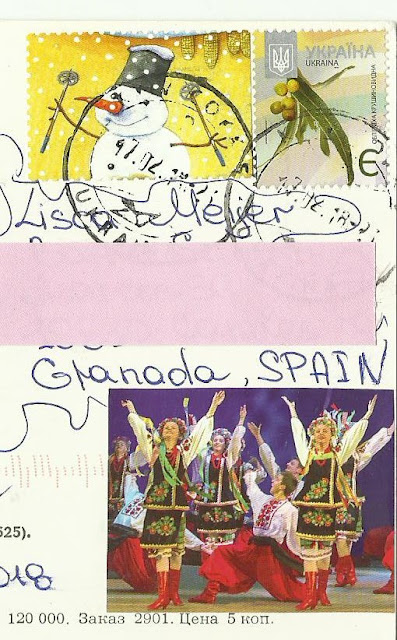 The second card is this one: 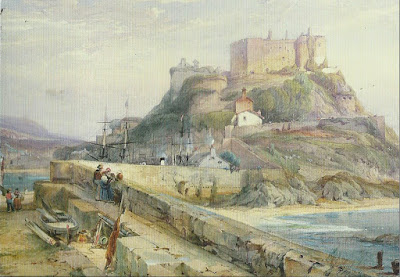 It was sent to me from Germany by a Chinese girl called Lang. She writes that she was in Granada (our nearest city) and went to the Alhambra and fed the cats. The cats have apparently become a tourist attraction.
The artwork on the card is by Richard Principal Leitch (active 1844-77). I recognised it immediately. It is an aquarel of the Mont Orgueil Castle on Jersey. It is still there and hasn't changed. Jersey is one of the Channel Islands that form part of the UK, but are situated off the French coast. My hubby was born in Guernsey, another Channel Island. I have friends on Jersey, so I am familiar with both islands. 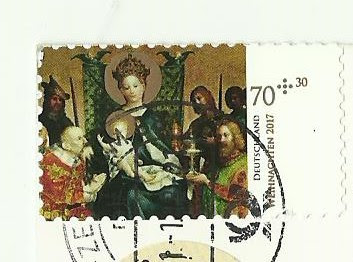 And this is the stamp. Also an artwork. I went to my usual website for German stamps to find out more but I couldn't find it. Sorry.


This week we had a national holiday in the middle of the week. Wednesday was Andalucia Day (28th of February) It commemorates the 1980 referendum on the Statute of autonomy of Andalusia, in which the Andalusian electorate voted for the statute that made Andalusia an autonomous community of Spain. All sorts of cultural things are organised. On the day before the holiday, school children have toasted baguette in the morning (Andalusian breakfast) at school. I don't know where that custom comes from.
A lot of people fly the Andalusian flag. 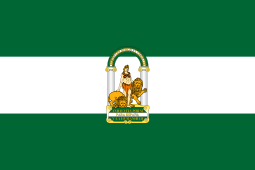 Curiously Green and White are also the colours of the flag of my home town in Holland: Rotterdam.


Our friend David had the day off from work and came to help hubby . Our ground floor flat is nearly finished. In the evening we were invited by other friends, quite unexpectedly, so all of a sudden we found ourselves eating croquettes and playing with Lego (this couple has two boys). Great fun. We have photos but they are on hubby's pone. Next week perhaps...


That's it from me. I'm going to link up with Annie at A Stitch In Time and with Virginia at Rocking Your Week Friday.


There will be some funnies at the end.
Have a fab weekend and a good week ahead with lots of smiles.


Now are you ready for some funnies? 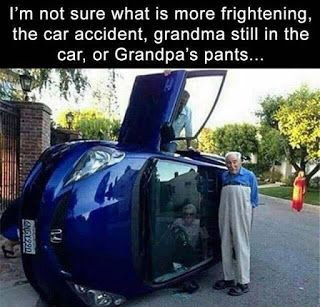 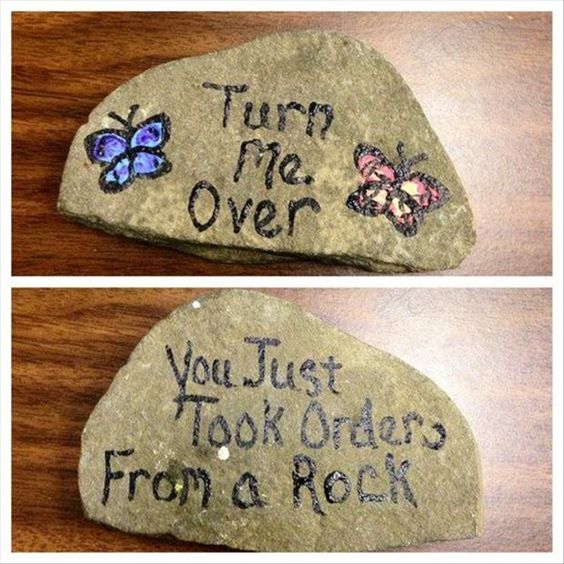 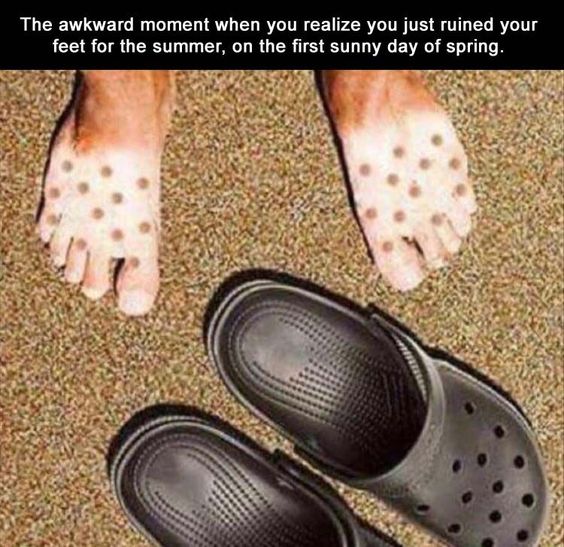