Good Morning folks! Happy Monday! I hope your weekend was good and restful.

Today is my husband Graham's birthday. So he started the day by opening birthday cards that have come in the post but which I have hidden until today.
He is 69 today and we give thanks to the Lord for another year in health and happiness. We will be having lunch at our favorite restaurant today at 2pm, where we will be joined by several of our friends. I'm looking forward to that. 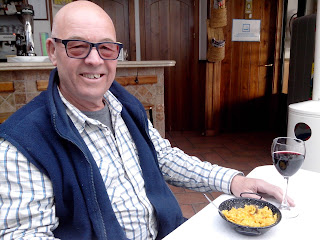 The map postcard I want to show you today comes from Ireland. 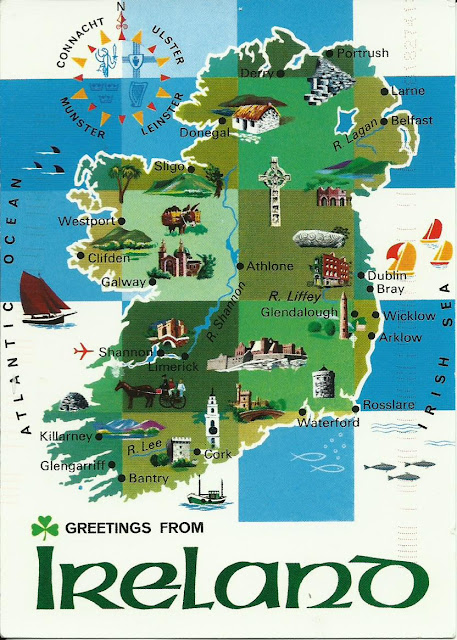 In 2011 the population of Ireland was approximately 6.4 million people, ranking it the second most populous island in Europe after Great Britain. Just under 4.6 million people live in the Republic of Ireland, and just under 1.8 million live in Northern Ireland. 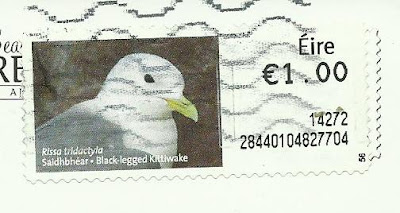 This is the stamp that is on the postcard. It has a bird on it: a black-legged Kittiwake. The kittiwake is a sea gull and is called black-legged to distinguish it from a red-legged variety in North America.

I'll leave it at that. I have a busy day ahead of me. See you tomorrow at T for Tuesday.